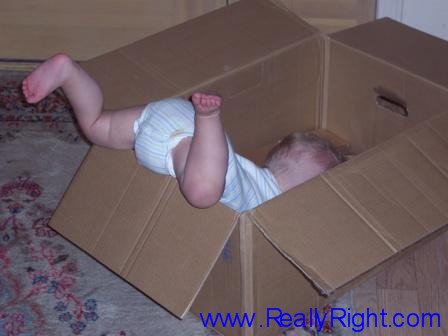 I am grateful to God for the gift of His Son, Jesus Christ and for the son he has given to me.

Jesus is the reason for the Christmas Season.

There is a new Vista on the technology horizon. Microsoft, the Wal-Mart of computing, is currently Beta testing its successor to Windows XP. The new Windows is called Vista.

Vista is a completely redesigned operating system that has a simpler look and feel. It will be more graphically friendly using thumbnails instead of icons and arrive complete with easier search capabilities. Rigid directory structures give way to virtual folders that can be used to group any object on the hard drive.

This new computing interface is due to the efforts of all those programmers that Microsoft got from Apple when they bailed their desktop arch rivals out of the fiscal hole they were in prior to the introduction of I-pods.

The core software of the operating system is being re-written to plug most of the existing security holes and exploits that have plagued the software giant.

Another improvement is the changes in the desktop security model. The default user will no longer be the Administrator. When Administrative rights are needed the computer will prompt user for a password, execute the change and then return to User rights.

The guys at Microsoft have been listening to their customers and stayed up late into the night to try building a better OS. Vista is scheduled to be out in the fourth quarter of 2006. Historically, this really means more like third quarter of 2007 but we will see.

Chances are that you will need a new computer to get the most out of Vista. The system requirements are:
Dual Core Processor x64
1 GB RAM, Min is 512MB
Graphics must support Windows Vista Display Driver Model, Min is DirectX 9, >64 MB RAM, AGP or PCI Express
Hard drive—Serial Advanced Technology Attachment (SATA) drive with an 8 MB cache and Native Command Queuing (NCQ)

This is the best reason to upgrade you computer since Y2K. 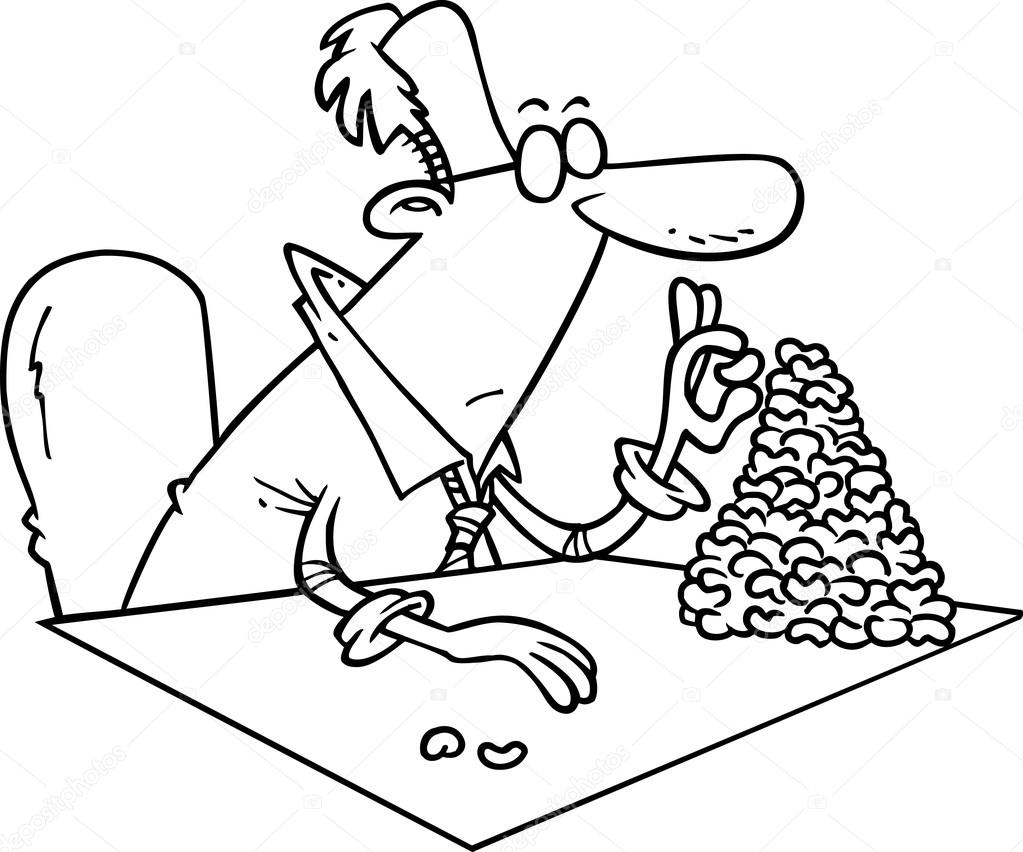 Wow! ReallyRight.com has passed one million hits since going online in June of this year.

Thanks for supporting our site and watch us grow during 2006.

Senate Democrats have decided that if they can’t run the United States then no one will defend us.

For them it is better to destroy this country than to keep it safe from terrorists. Today they appear to have destroyed the Patriot Act and its renewal.

This treasonous act forces the blinders upon the intelligence agencies entrusted with defending this nation. This is a violation of the oath of office that these blusterous politicians take every few years to defend this country from all enemies foreign and domestic. Unfortunately for us, these politicians are the domestic enemies, which threaten our very existence as a nation.

If Congress doesn’t stop leaking every nation secret and black ops project while simultaneously leaving us naked and defenseless to our enemies, tens of thousands will die. How much blood must be spilled before they are held accountable?

Like ancient Rome, the barbarians are storming the walls and the Senate is too busy wetting themselves to protect the people. They either need to do their job or make way for Caesar to take over their responsibilities. 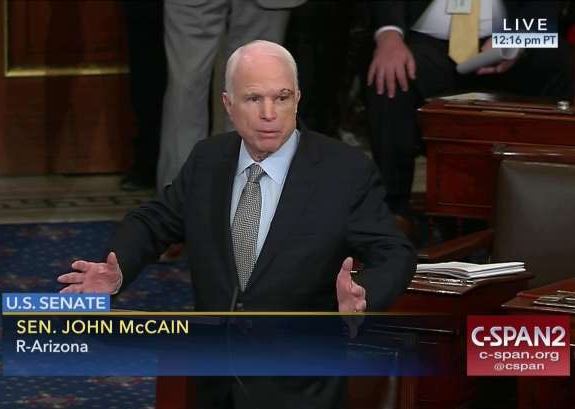 Insane Senator John McCain, the Manchurian Republican, is trying to negotiate with the White House to get his stupid torture amendment passed before the end of the year. He is holding a military spending bill hostage to try and force this stupid idea onto the military. If his fellow senators had any backbone, they would tell him to sit-down and shut-up. We don’t need any more full employment provisions for anti-American, ACLU lawyers. Instead Senators are cowering in fear of McCain.

Senator McCain, like others such as John Glen, have milked the valor of their youth much too long. They need to be relevant here and now. The Arizona Senator has been in office at least a decade too long. If he had any honor left, he would go quietly into that good night and let a real Republican serve his state.

Unfortunately McCain is following the path of Barry Goldwater. The more senile he gets, the more he undoes what should have been a conservative legacy. The longer McCain serves, the more he becomes like Teddy The Swimmer Kennedy.

Face it John, you are way past your usefully life as a politician. Do the other 49 states a favor and fade away quietly. If you want to hang out with Chris Matthews, do it away from the cameras at the corner pub. 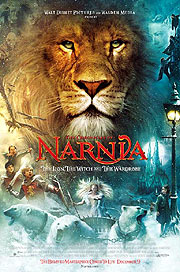 I took a journey to Narnia this weekend with my children. Unfortunately, my one year old decided that he didn’t want to see the movie. However, the portions that I did see were wonderful. My other children enjoyed it and thought it was much like the book.

I had doubts about bringing this book to the big screen but it works wonderfully. The book by C.S. Lewis is treated seriously and rather faithfully. The texture of the film is great. The characters seem real. Aslan and the beavers were great special effects.

The little girl that plays Lucy is wonderful. Her look of surprise when she first encounters the wardrobe is brilliant. Her eyes in that scene are captivating. The other children in the film are well chosen for their parts.

The film is great. This is the type of family film that Jonathan Frakes has wanted to make but never been successful in creating. The gang at Walden has a real winner. This film is in the Disney tradition with which Walt himself would be proud to be associated.

Take your family and enjoy the film. It is worth full price. 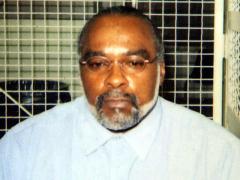 I have often defined Revival as being when the Church is culturally relevant. The opposite of this is if someone padlocked your church doors would your community notice? With Christmas falling on a Sunday this year we may finally get a definitive answer to the question when many of the so called mega churches have decreed that there will be no services on Christmas Sunday this year.

This is such a capitulation to modern culture that it is inexcusable. When the traditions of our society are so important that the Church decrees that the light of the gospel should be extinguished or at least hidden under the bushel basket and away from those that need it, these churches have left the orthodox and biblical reservation.

Christmas and Easter are the focal points of our faith. We all have our way of spending these holidays with family but to simply lock the door and say there is no room at the inn is blasphemous. Yes, many in your church may be out of town or spending the day with family but for a church of several thousand members to simply cancel worship is wrong.

What happened to the promise of Jesus that wherever two or more are gathered in his name he is in their midst? Who changed it to two or three thousand?

A kingdom divided against itself cannot stand. This is true for Christs kingdom as well as Satan’s. Any church that is closed on Sunday just because they dont want the inconvenience of getting dressed and going across town on Christmas Day is a church without a wholesome spiritual foundation regardless of the number of members.

Will they start closing church for Easter and the Super Bowl next? Will your church be closed for Spring Break if you live in a tourist area? This appears to be the logic of a business venture not a body of believers building the kingdom of God one soul at a time.

At a time when many of us want to put the Christ back into Christmas, some churches are so busy that they don’t have time to spend with their Lord. If your church is one of these that have no time to spend with Jesus when we celebrate his birth—then do the rest of us a favor and leave the building locked for good. I bet your community wont even notice that youre church is gone. 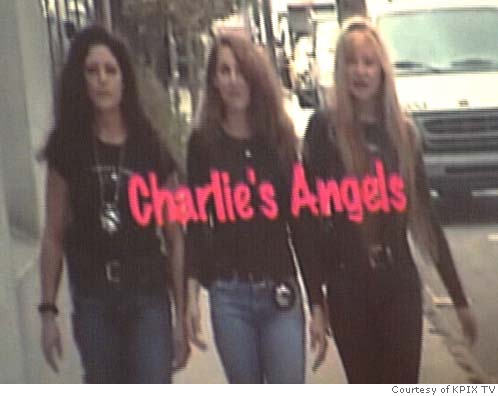 Twenty San Francisco police officers have been suspended for making a series of short videos that poke fun at themselves. Many of the videos were shot for a retirement party for one of their fellow officers.

The skits are mild and mostly inside jokes for officers at the Bayview Station. This station serves Hunter’s Point. For those not familiar with Hunters Point, it is a ghetto area that makes Oak Park in Sacramento look like a workers paradise.

Mayor Gavin Newsom and police chief Heather Fong are just fit to be tied. They are treating this like Rodney King II.

Five of these videos were shown at a press conference yesterday and can be found at this link.

This stuff is too mild to make Mad TV. If the Mayor and Chief Fong are wound that tight then they need to find a new line of work. Being a police officer in San Francisco is one of the most stressful jobs anybody could have especially anywhere near Hunters Point. If officers want to blow-off some steam on their free time then they have that right.

Elected officials should support their officers and give them every benefit of the doubt. Unfortunately, those in San Francisco always start with the assumption that law enforcement officers are wrong and then just debate their punishment. It is time for the police to standup to these spineless bureaucrats. 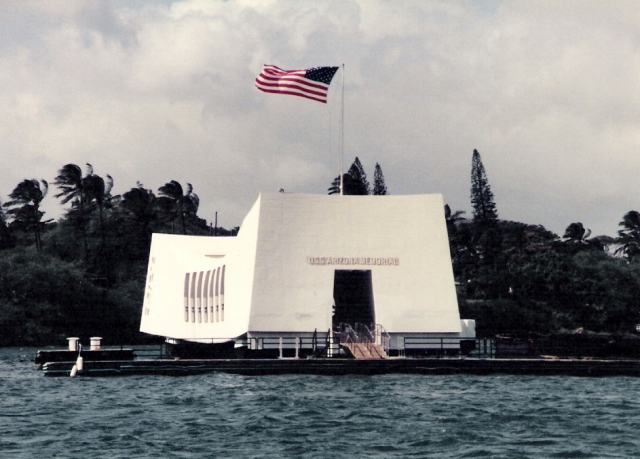 Thanks to our Veterans for keeping us a free people. May we honor the gift that you have given us.