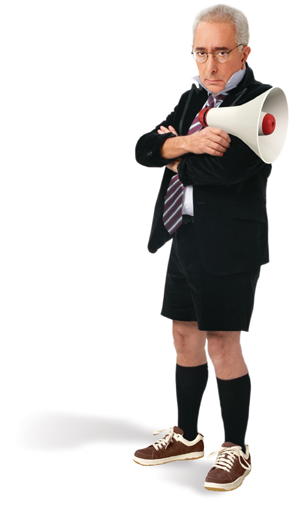 I found Ben Stein’s Expelled: No Intelligent Design Allowed at Fry’s Electronics today for $4.99.
If you aren’t familiar with the movie here are some things for you to learn more.

CRA has been a leader in California Republican Party politics for over 75 years. One distinctive that has always set CRA apart from other groups is the emphasis on pre-primary endorsements. In the wake of the passage of Prop 14, the pre-primary endorsement is no longer possible. However, I think most in CRA would like to have our local chapters have a voice in deciding who wins in the June election. The Nehring proposal will effectively make the endorsement of any republican candidate not selected by his process illegal.

CRA members who are delegates to the endorsing conventions must literally tow the party line or risk expulsion for four years from any party activity. The CRA no longer has a prohibition on officers also serving on county committees but the inverse is about to be true. The CRA will be muzzled on its choice of candidates or lose its right to participate in the selection process.

Nehring’s proposal implements at top-down leadership style much like he ran in San Diego County as its Central Committee Chair. CRA is a grassroots, bottom-up organization.

Nehring is advocating a “smoke filled room,” behind closed doors event, populated by party insiders and is disenfranchising millions of republican voters by excluding them from the process. Whatever process is adopted, it must include the opportunity for rank and file republicans to have a voice. If regular republicans are told by party bosses who their nominee is then haven’t we crossed the proverbial Rubicon and become the Democrat party. After all that’s how they got Jerry Brown.

Nehring’s proposal has many shortcomings that we still have time to fix but in order to do so we must organize enough to vote this down at the spring convention and work to substitute a better framework for adoption in September. This is the crucial issue of the 2012 election and we need to start acting now.

I think CRA needs to adopt a statement of principles about what would be an acceptable process for endorsement. I suggest the following as a basis for that discussion.
• If the CRP is to establish an official party nominee, all registered republicans should be afforded an opportunity to have input into that system. I don’t think a majority will actually participate but the fact that they could if they chose to will be the difference between the nominee being accepted or ignored. If our voters think they are being dictated to by the party, then I think many will sever their ties to Republican Party. Ronald Reagan had faith in the American people and so should we.
• No incumbent should be given a free pass for endorsement just because he won the last election. We can all name a host of RINOs that deserve to have a challenger from within our own party. Candidates that lose touch with their constituents always move decidedly to the Left.
• The entire process must be open to the public. Transparency and the rule of law will set us apart from the Democrats. When California goes off the cliff, we must show that we are offering something different and better not just more of the same if we hope to gain the trust of the electorate.

The Republican Brand is tarnished and Nehring’s plan will relegate us into obscurity. If it passed, in four short years we will be hearing of the Tea Party versus the Democrats because no one will be a Republican any more.

I implore you to stop the Nehring plan and work to open the process to all republicans.

Oops. I just got word that the California Republican Party neglected to send Form 1099s to their campaign workers. The forms were legally required to be sent by January 31st. Their position is it is a matter of conscience whether you wish to report the income. They reported it to the FEC as services rendered. I guess they missed the part about getting a corporate ID number or needing to report the workers paid over $600.

Did they learn nothing from all the BS Meg Whitman went thru with her maid?

The Sacramento County Republican Party met Thursday night (Feb 10) for their monthly general meeting. The two main pieces of business that were discussed were the crab feed that was held the following night and the adoption of the two year budget.

Here is a brief summary of the crab feed.
The crab feed was held in Elk Grove at the SES hall. Like much that the Central Committee has done lately it was the things missing that were most noteworthy. Neither Republican group based in Elk Grove was contacted prior to the event being planned and asked for help or input. Neither club was asked for volunteers in exchange for part of the ticket sales. At the event, there was no formal program. It is the first event that I have attended since the “Christian Conservatives” took over the committee three years ago that did not include a Flag Salute, opening prayer—including grace before the meal—and a headliner or guest speaker. Only wine was available during the meal. No water or soda was offered or available for purchase once serving began. The only person formally introduced was chair Sue Blake. After about 25 percent of the folks had gone home, the drawing for the raffle was begun. The desert promised in the flyer advertising the event was never served.

The other item of business was the two year budget.  The budget was put together by political consultant Duane Dichiara who was appointed head of the Finance Committee. It was presented to the Executive Board—however; notice to the general membership for this meeting was ever given. The budget was not given to members of the committee prior to the meeting. I first saw it when I arrived at the Thursday night meeting. Amazingly enough, this budget was over one million dollars!

As is now the practice, what we weren’t told is where my interest is focused. We had a two year budget for 2009 & 2010, logically; one would like to know how we did on that one before approving another. Since the committee went thru four treasurers in the last term, this might require some work by the new treasurer—the fifth since Blake rose to the Chair in 2009.

This budget coupled with the current bylaws is a formula for malfeasance. There are no checks and balances from here on out as the executive committee proceeds to spend like drunken congressmen. As long as they stay in “the black” nothing will happen to the committee. The real question is how liability will be apportioned to the membership if this group ends up in debt? The irony that such a group (lead by lawyers) has such contempt for the rule of law is a marvel to behold.

Unfortunately, two features that dominate the committee leadership are that they are government employees and none have any children. Thus private sector experience and affordability of events are lacking as important values in the current group.

As I watch this group, my mind keeps harkening back to book that Gary North wrote about the confrontation of Moses and Pharaoh. In the book Moses and Pharaoh: Dominion Religion versus Power Religion, North discusses that Pharaoh was all about “power religion”—to him the State was all powerful and he was its god. The SCRP seems to have embraced power as the quick path to success. The notion of serving those who elected the committee members is a very foreign concept to the current leadership. This will no doubt end badly but the full extent of the carnage will be somewhere in the future.