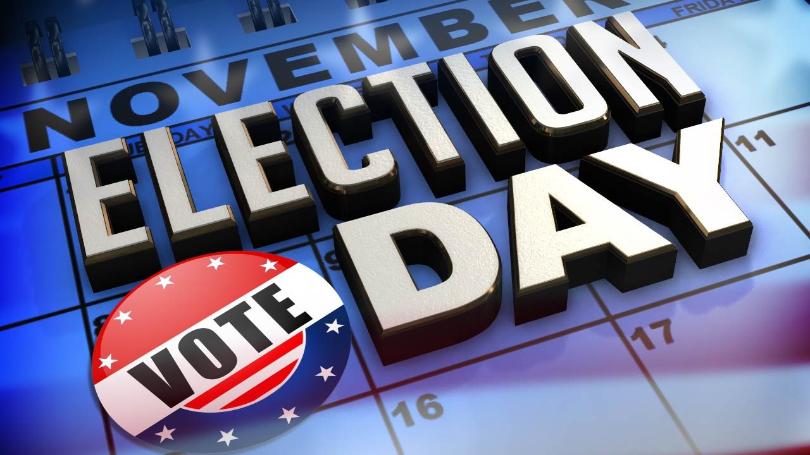 Many Conservatives claim to be men and women of principle until those principles have more of a cost than they are willing to pay. Many of these Conservatives are running for the tall grass because Arizona passed a state law that mirrors existing Federal law on immigration. Pundits and candidates alike are denouncing the law because it is ill timed (so when is a good time?) and changes the national debate from overspending and Obamacare to the wedge issue of immigration. Hey we all knew months ago that Obama would be moving to immigration to try and divide Republicans.

Michael Savage is right that it is borders, language and culture. Americans want secure borders. Neither political party has the will to do what needs to be done. Arizona is tired of people being murdered, criminals running roughshod over their people and the national government protecting the law breakers.

The irony is that California will be worse than Arizona in terms of lawlessness and crime due to the fiscal mismanagement of the state within the next couple of years. Under court order, releasing over 40,000 criminals into our society combined with counties abolishing law enforcement presence in unincorporated areas will create an explosion of crime that will rock the state to its core.

Radio talk show host and almost State Assembly candidate—Eric Hogue—finds the Arizona law ill advised and feels that such a move gives the Democrats a reason to energize their troops. He also sees immigration as a wedge issue to divide Republicans. “Just when we were focused on Obamacare, deficit spending, the economy and an ideology of socialistic intent, we are drug back into a wedge issue that has Democrats unified and Republicans stupidified.” http://hoguenews.com/?p=9886#comment-4783

Hogue’s three points outlining why the Arizona law is wrong can be summarized as:
• Immigration is a Federal issue
• Arizona is violating the 4th Amendment
“When they are forced to produce papers regarding their citizenship their rights are violated with an illegal search and seizure.”
• Illegal immigration is not a state crime
“The new law imposes criminal penalties for conduct – being in the state illegally – this is not a federal crime; being found to be in the country without proper documentation isn’t categorized as a criminal offense. It is a violation of immigration law and grounds for deportation.”
I agree with Hogue that the 9th Circuit Court of Appeals will overturn the law but that means little since the 9th Circuit is the most overturned court in the nation.

Let’s look at Hogue’s arguments in a different context. I can take every argument that Hogue made about opposing the Arizona law on immigration and apply the same three points to opposing the George Runner sponsored initiative that voters must show ID to vote in California.
• Voting is a Federal issue.
• Voters showing ID violates the 4th Amendment.
• Voting is not a crime, preventing voting is.

Why is illegals showing ID bad but voters showing ID good? Due to the way the Federal Courts have applied the Bill of Rights to the States via their interpretation of the Equal Protection Clause, what’s good for one is good for the other. Either showing ID is OK or it is not. The Liberals are consistent in their arguments but many Republicans are not.

Republicans should stand for what is right. They should not be ashamed of people wanting to have their families, homes and jobs protected from the burden of illegal immigration.

Will it really have to take an illegal bringing a suitcase nuke over the border and using it in a heavily populated Liberal area like Los Angeles or San Francisco to get the national government to take their job seriously?

Arizona may not be able to stop illegal immigration but that doesn’t mean the law abiding taxpayers that live there must pickup all the slack of the federal government. 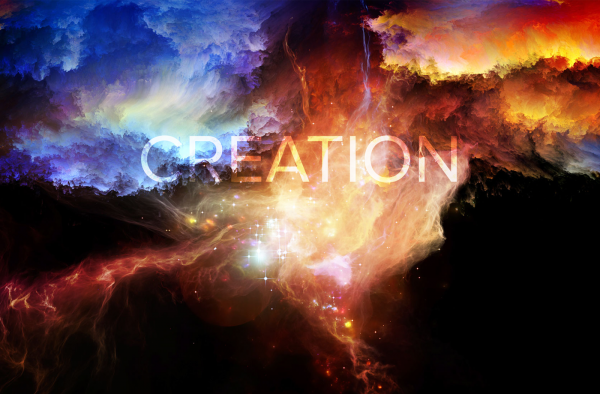 Why I Hate Earth Day

“For they exchanged the truth of God for a lie, and worshiped and served the creature rather than the Creator, who is blessed forever. Amen” Romans 1:25

Earth is not my mother.
It does not nurture me or sustain me. It did not give me life. It does not love me.

Earth was created by God. “Man’s chief end is to glorify God, and to enjoy him forever” Westminster Shorter Catechism Q1. We are caretakers of what God has entrusted to us. Man was commanded to take dominion of this planet.

Earth is not God or part of God. God is transcendent. He is greater than and apart from his creation.

Earth Day is a celebration of Communism
It is no coincidence that April 22nd was chosen as Earth Day. The first Earth Day was celebrated on the 100th anniversary of the birthday of Vladimir Lenin.

The irony is that only a prosperous and wealthy country that practices capitalism has the resources necessary to develop “clean” energy and clean-up the water, air, and the environment in general. There is a reason the “third world” is filthy. I’ll take the society with toilet paper, refrigeration, and air conditioning any day.

Earth cannot be destroyed by man.
The volcano that erupted in Iceland this month put more particulate matter in the atmosphere than every fire, internal combustion engine, and war that humanity has done in its history. To think that mankind can destroy this world is egocentric and arrogant. Only a public school graduate would be tempted to believe this load of crap.

Western culture has had a holiday that celebrates the renewal of the creation. We call it Easter. This is when God thru his son Jesus Christ redeemed the creation and began to reverse the curse of sin. Man’s fall separated man from God but also separated man from man, man from himself, and man from the creation. Christ’s death, burial and resurrection was a divine act of redemption that will culminate in reversing the curse and giving us a new heavens and a new earth.

I woke up this morning to this headline from Associated Press “American Taxes Lower, Despite Anti-Tax Rhetoric.” Thankfully I had not had breakfast yet or I would have barfed. My first thought is what planet are these guys living on but then I remembered that the media is in bed with President Obama. This headline is the biggest bunch of crap I have seen since Barry signed the nationalized healthcare bill. We are paying lower taxes? No “F”ing way!

Americans have never been taxed as much as they are right now. The best that most politicians can say is” Yeah but look what we let them keep.” I made 11K less than the previous year and paid MORE in income taxes by almost $1,000. AP thinks I should be grateful? “Kiss my grits you fascist pigs” And this does not include all the other taxes, fees, and mandated stuff I have to pay that is going up every year due to more government regulations and interference with private business. Then there are all the costs passed down from the government regulating other folks.

Here in California, my vehicle fees have doubled; the child deduction has been cut for $309 each to $99; the State pension fund is upside-down by 500 billion dollars and the city and county retirement funds are just as bad; businesses are dying; and unemployment is really closer to 25% not the 12.5% that is reported in the media.

Our economy is in worse shape than the Great Depression. The cause is not the businesses of America but the government of America. We used to think “taxation without representation” was bad but now we are worse off under taxation with bad representation. President Obama and likeminded politicians are cooking the books in ways that Enron could never have imagined. The difference is that they are the ones wielding the sword and they are so arrogant that they think no one is holding them accountable.

Every elected official take an oath to protect and defend the Constitution from all enemies foreign and domestic. Unfortunately for our people, the politicians in many cases are the domestic enemies of the nation. Thank God that many people are waking up to this threat. I’m happy to join with like minded people that love our country and want government restored to its rightful boundaries. We need to restore fiscal accountability, reduce the scope and reach of government and lower the regulatory and tax burden on our people. That is why I will see you at the Tea Party today to send a message that we have had enough.

The 2010 Tea Party in Sacramento was smaller than last year. The crowd seemed older and less enthusiastic. The worst aspect of the gathering was the sound system. The audio had so much echo that it was unintelligible from the sides and hard to understand when in front of the stage. In four hours of attending the program, I never heard a single speaker. Only fragments could be understood.

It was nice to see many political folks that I know both past and present.

Signs were varied and most were homemade. Several had spelling errors that were unintentional. Some signs were clever. I wrote down a few examples of signs at the event.

Please don’t tell Obama what comes after a trillion.

You can’t fix stupid, but you can vote it out of office.

Term Limits: change we can believe in.

My biggest complaint about the Tea Party is the seeming lack of focus and direction. My imaginary conversation with the Tea Party would go like this:
Me: OK, we don’t like taxes but what will we do?
TP: Vote.
ME: Good, but what else?
TP: Organize.
ME: To do what?
TP (Awkward silence followed by clearing throat): …

At Tea Parties you will hear that incumbents are bad, Republicans aren’t any better, let’s get back to the Constitution; however, at the end of the day the Tea Party mandate gets fuzzy. 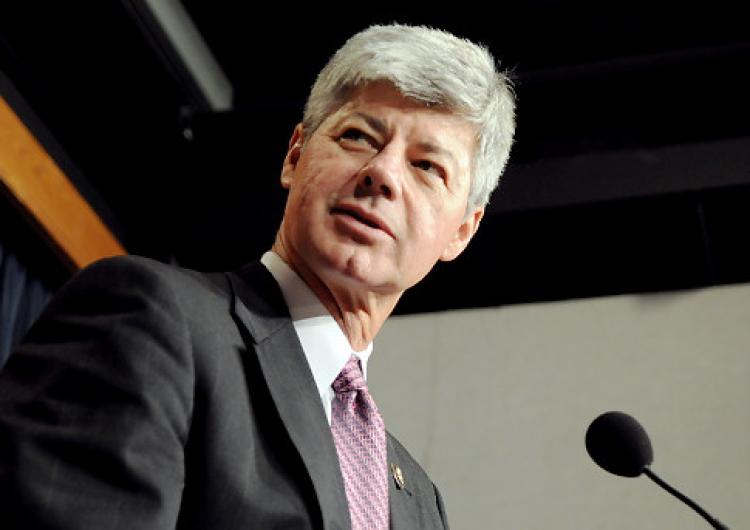 Two domestic enemies of the US Constitution threw in the towel today. Congressman Bart Stupak (above), a distant relative of Judas Iscariot, and US Supreme Court Justice John Paul Stevens announced they were retiring at the end of their respective terms.