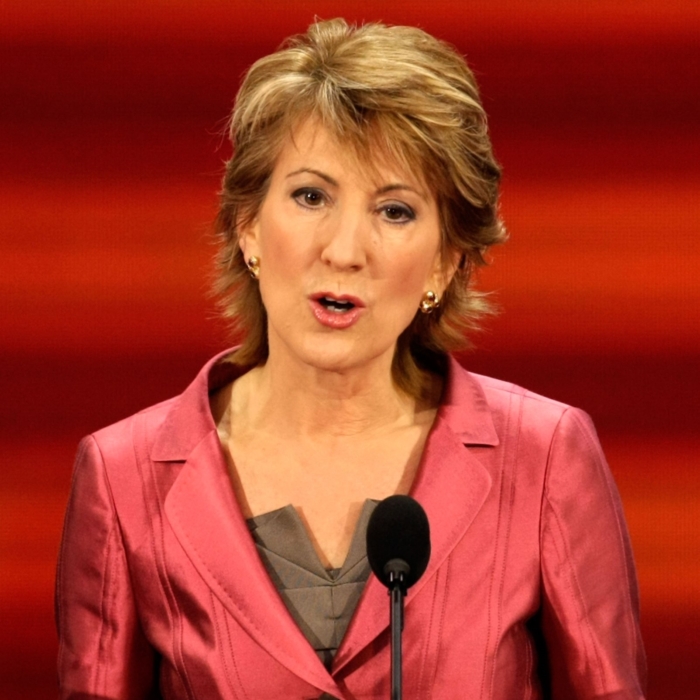 I have differences on some issues but Carly is right on the life issue.

Not for small children to view. 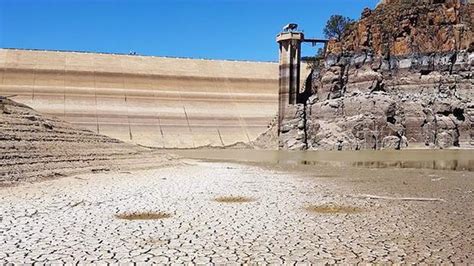 Over the weekend, I made the trek to Anaheim to attend the Board meeting of the California Republican Assembly. I may find the time to blog on the particulars at a later date but this article is not about the meeting per se or the stupid comments posted by other bloggers that didn’t attend the meeting. No this blog is about water.

Over the last few years, many Republicans in elected office have adopted the mantra that the drought in California is manmade disaster. This claim was repeated at the Board meeting several times by Republican Legislators.

While government has mismanaged the usage of water and failed to build more storage since the time Governor Brown’s father was in office, this claim by Republicans is intellectual laziness.

Without rain, storage is only going to get your so far. Yes government could do more but to place all blame on Democrats is dishonest and lazy.

So the obvious rebuttal to this claim is: “Hey Republicans, what the hell are you waiting for?”

The truth is Republicans have done nothing in decades.  For example, the last meaningful action taken on the Auburn Dam was by Assemblyman David Knowles in the 1990’s. Since then I don’t know of any efforts to move the issue. Clearly, Republicans would rather have the issue than see it solved.

Back when Dan Lungren was a big deal in Congress, I tried to talk with him about water; specifically, desalinization so that Southern California could be less dependent on water from the North. He shut me down and wouldn’t even engage me in a conversation. It was just the two of us in a Republican booth in Elk Grove and he wasn’t interested. As far as I can tell, Republicans still aren’t.

Clearly we need more storage but that is not enough. We need a “Manhattan Project” styled effort to make Southern California water self-sufficient. The largest body of water on the planet is on your doorstep, use it. If you want to save Mono Lake, Hetch Hetchy, little fishes and whatever else, then this is the logical way to do it.

Republican rhetoric is not going to solve anything. We need meaningful action. Unfortunately, none is forthcoming on either the State level or the national. Republican control of both the House and Senate has never resulted in a bill being passed.

Republicans are not serious about the issue. If they were, they would get it done and not worry about who got the credit. That is the Reagan way.  Reagan had this plaque on his desk for a reason, “There is no limit to the amount of good you can do if you don’t care who gets the credit.”

“The bigger issue is that Obama is waging a war against Christians in this country. Christians need support in this country. Their religious liberty is at stake,”
—Donald Trump
http://www.foxnews.com/politics/2015/09/18/trump-declines-to-correct-questioner-who-calls-obama-muslim-at-nh-event/

Both the phone and tablet announced today, are lower in specifications than existing products already offered or announced by Microsoft. Oh, on the new Apple tablet demoed today, they were using Microsoft Office as their proof they could do something besides games on the new tablet.

Phone
The new Windows phones are capable of running any apps available for Windows 10 (phone, tablet, and desktop). If the programmer writes his code properly, the app can run on any Windows device.

Oh, the Continuum feature means your phone can function as a desktop computer including HD monitor, keyboard and mouse. 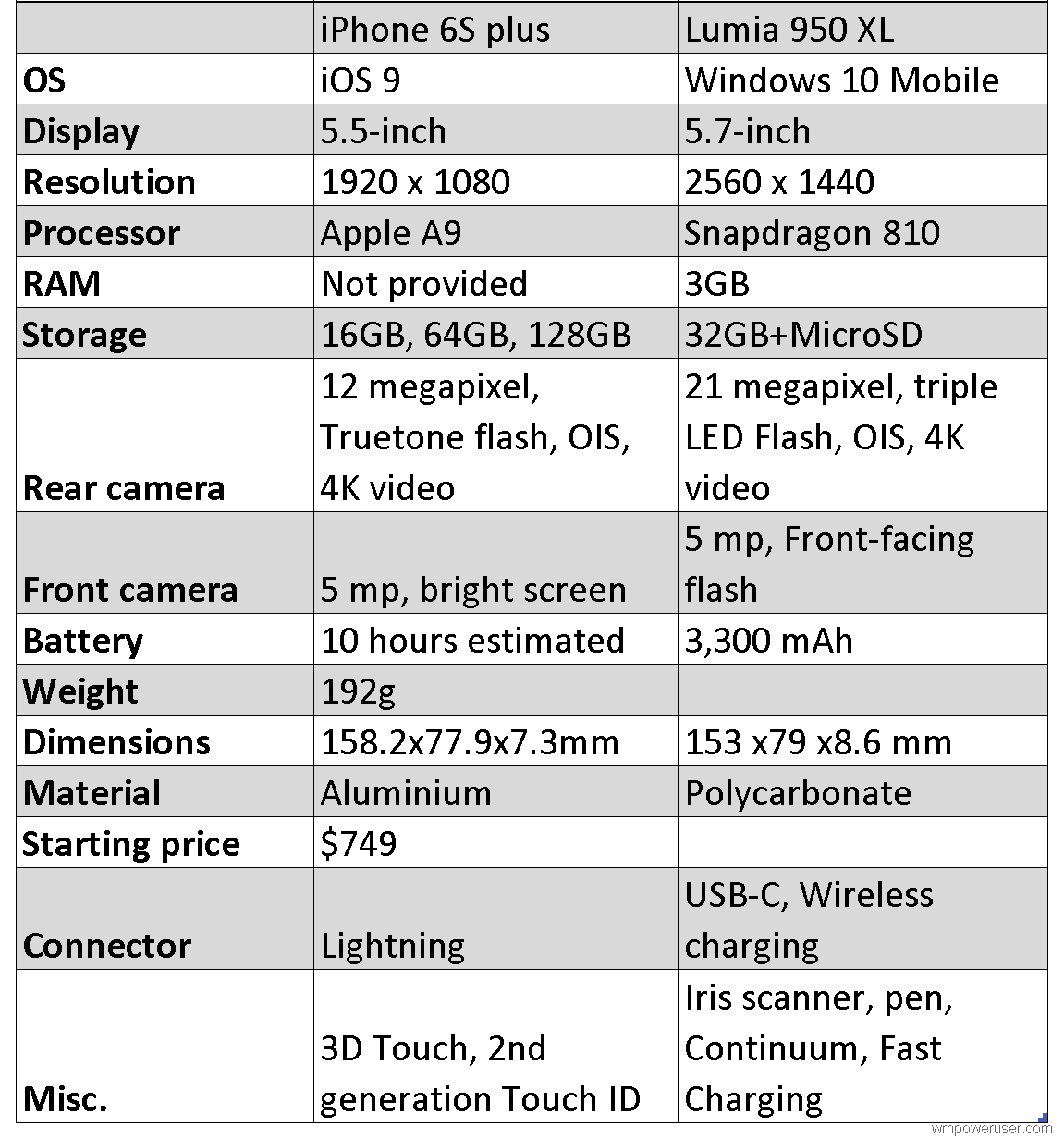 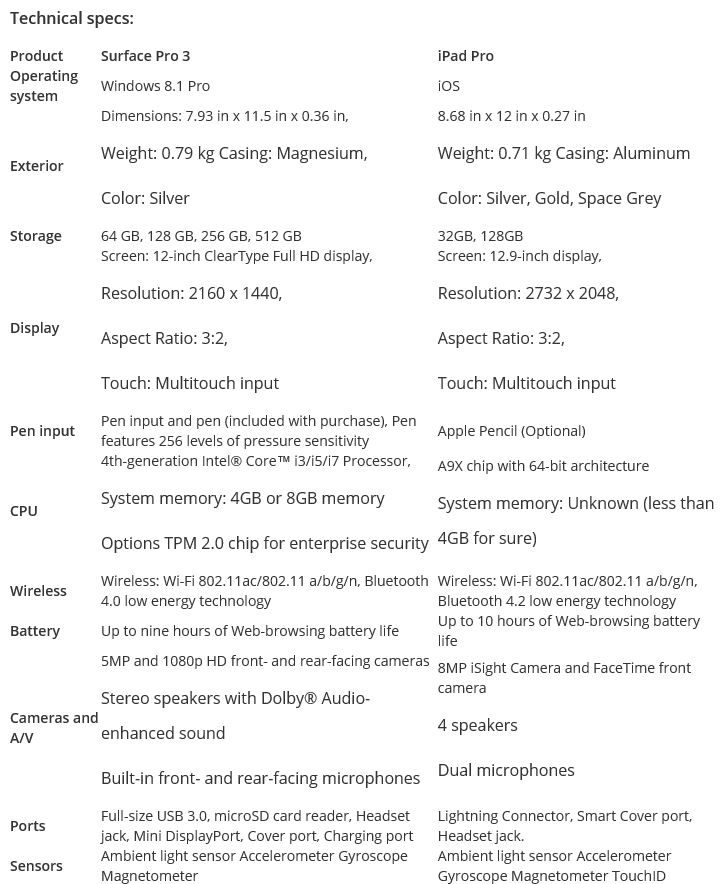 This should insure that Apple stock remains in the basement for months to come.

With just over a week to go until the next meeting of the California Republican Party, the lack of noise coming from the Just Us Brothers is noticeable. What looked to be a carefully orchestrated beginning to their California Impact Republicans (CIR) has gone dark. After announcing three chapters—none of which was from Placer County—not a peep has been heard.

What many thought would be a systematic roll-out of the requisite ten chapters and 200 statewide members prior to the grand announcement of the CIR submission of an application for recognition with the California Republican Party has instead become a non-starter.

The Just Us Brothers seem to find themselves in a moral dilemma. Should they keep going down this path? It seems fruitless when they can’t get Placer, Sutter-Yuba, and Yolo CIR chapters off the ground. These folks are literally in their backyard and were in their back-pocket on May 30th, but four months after they did their “final exit” from CRA, they still have nothing to show. Aaron’s prediction of a mass exodus from CRA has proved to be a figment of his fertile imagination. Contrary to his earlier statements, CRA has added units and members since the Just Us Brother left.

The other choice the Brothers can consider now is one they railed against when Karen England tried her hostile takeover of CRA in 2011. However, it does go with Aaron’s theme of “an advertisement with us carries an automatic endorsement.” They could let candidates buy an endorsement with the sponsorship of any CIR chapter in their district.

This option might be a win/win/win for the Brothers. They could get some badly needed loot from candidates, look legit to the casual observer in the CRP volunteer organizations committee, and because the CIR chapters would exist only on paper, they could maintain indefinite control of the group. This pay-to-play formula might be their logical move for 2016.

Since the CIR website still won’t offer even basic information on joining, it’s clear this group is a private club not a Republican organization open to interested voters.

CIR is an epic failure. As a straight-up group it is dead. The question now is will it be resurrected next year as a zombie puppet to financially benefit the Brothers?

Kim Davis, the defiant Kentucky county clerk that refuses to issue marriage licenses, is helping to separate the Presidential wannabees into sheep and goats.

Davis is exactly the type of person that we should rally around. Why, exactly because she is an elected official.

Carly Fiorina revealed her lack of understanding of Western (Christian) Culture when she uttered this non-sense yesterday.

“And, while I disagree with this court’s decision, their actions are clear. And so I think in this particular case, this woman now needs to make a decision that’s conscious — is she prepared to continue to work for the government, be paid for by the government, in which case she needs to execute the government’s will, or does she feel so strongly about this that she wants to sever her employment with the government and go seek employment elsewhere where her religious liberties would be paramount over her duties as a government employee,” Fiorina declared.
carly-fiorina-says-kentucky-clerk-should-issue-gay-marriage-licenses-or-resign

I have met Carly before and have a great deal of respect for her but she is just plain wrong on this issue. The two main reasons are: Federalism and “the doctrine of the lesser magistrate.”

Point number one is that this is a state issue. Under Kentucky law, Kim Davis is right. Kentucky law (as is California’s) is that marriage is between one man and one woman. This provision is in accord with thousands of years of human history. Kentucky’s law is valid because it agrees with Scripture; any law contrary to Scripture is illegitimate.

Point two is that religious values have an integral role to play in the public square. Modern humanists have tried to redefine freedom of religion into freedom from religion. They contend that religion has no place in the establishment of public policy. However, this is an ignorant position to claim when all law is inherently religious.

Point three, the US Supreme Court is only a legitimate body when it abides by the boundaries of the Constitution. The biggest problem with the Court is that its function is poorly defined by the Constitution and they often will not confine themselves to matters properly within their jurisdiction.

Congress is intended to have the most say in the National government. Co-equal branches and checks and balances don’t work quite like the Founders envisioned. The concept that the Court is the final word in all its decisions is just political laziness. Only in cases and controversies where they have original jurisdiction is the Court the final word. Congress can strip the court of jurisdiction of any other matters with a simple majority vote. Yep, they can strip the Court of the power to decide marriage, abortion, and lots of other issues any time they want too.

The issues of federalism and limited government have been written about extensively by many others so nothing I’ve said should be news to my readers. However, it appears to be news to folks like Carly Fiorina and Michael Reagan. Yeah, Reagan is reportedly sounding the same call as Carly. michael-reagan-jailed-christian-clerk-should-quit-her-job

The Doctrine of the Lesser Magistrate

The doctrine of the lesser magistrate finds its origin in John Calvin, who wrote that whereas private Christians must submit to the ruling authorities, there are “popular magistrates” who have “been appointed to curb the tyranny of kings”. When these magistrates “connive at kings when they tyrannise and insult over the humbler of the people” they “fraudulently betray the liberty of the people” when God has appointed them guardians of that liberty.

The doctrine of the lesser magistrate became important for the justification of the Dutch Revolt. According to Johannes Althusius in 1603 work, Politica, resistance to a supreme magistrate by lesser magistrates is justified in the case of tyranny. Althusius argued that the provincial authorities of the United Provinces were in this situation.
Description Lesser Magistrate

Kim Davis is not issuing marriage licenses to anyone—gay or straight—but few media reports will tell you that. Some folks disagree with this position. Lesser Magistrate Blog

Carly talks of the government as a monolithic structure that must be obeyed because the Court has spoken.

Where is the federalism?

More importantly, where is the stand against tyranny?

Kim Davis is trying to do the right thing and the fact that so many weak-kneed politicians are hiding behind five un-elected people in black robes is really sad. Kim won’t be the last Christian sent to jail for her beliefs, she is among the first of many.

This case is a challenge to all of us to decide where to draw the line where we say “this far and no further”.  As a California resident, I know my turn is coming soon.