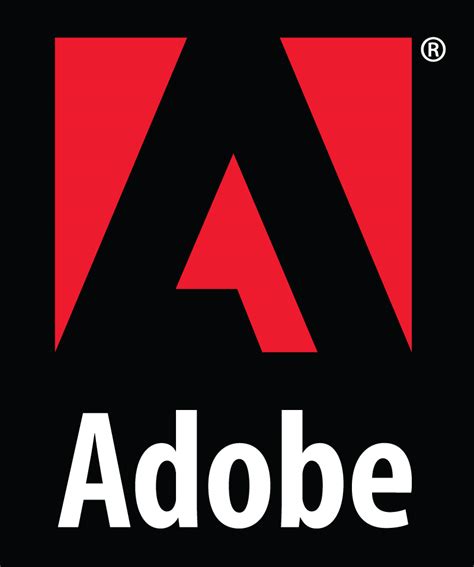 Here’s what I learned at work today.

PC Configuration and Problem Symptoms
PC with Acrobat and Acrobat Reader both installed; Acrobat older version than Reader. In my case Acrobat 9 and Reader 11.

Employee has PDF form that is supposed to be filled-out automatically in web browser. In my instance it was a deposit form from State Treasurer website. When trying to generate deposit slip with numbers from the website, employee gets this error message:

There is a problem with Adobe Acrobat/Reader.
It is running, please exit and try again. (0:104)

It took three hours but the fix is easy. It is in two parts.

Step 1 changes default only for opening documents in web browser from Acrobat to Acrobat Reader. You do not need to change file associations in Control Panel. Step 2 should get rid of security prompt when opening PDF populated with data in the web browser othwise you may need to refresh the page.

This headline on Fox News today, “U.S. Navy admiral says he’s open to idea of giving Chinese Navy tour of carrier” illustrates what is wrong with our nation on so many levels.
http://www.foxnews.com/world/2014/07/23/us-navy-admiral-says-hes-open-to-idea-giving-chinese-navy-tour-carrier/

King Solomon said, “There is nothing new under the sun”
Ecclesiastes 1:9

This action by the admiral reminds me of something that is reported in the Bible over 2,500 years ago. Take a look at this passage from 2 Kings 20: 13 – 19

Then came Isaiah the prophet unto king Hezekiah, and said unto him, What said these men? and from whence came they unto thee?

And Hezekiah said, They are come from a far country, even from Babylon.

And he said , What have they seen in thine house?

And Hezekiah answered, All the things that are in mine house have they seen : there is nothing among my treasures that I have not shewed them.

And Isaiah said unto Hezekiah, Hear the word of the LORD. Behold, the days come, that all that is in thine house, and that which thy fathers have laid up in store unto this day, shall be carried into Babylon: nothing shall be left, saith the LORD. And of thy sons that shall issue from thee, which thou shalt beget , shall they take away ; and they shall be eunuchs in the palace of the king of Babylon.

Then said Hezekiah unto Isaiah, Good is the word of the LORD which thou hast spoken. And he said, Is it not good, if peace and truth be in my days?

Remember that this act of betraying his people was done by one of the few “good” kings of Israel. Just image our end when such betrayal is perpetrated by an evil ruler like Obama. Oh, some skeptics might think it unfair to hang the admiral’s actions on Obama but I can assure you there is no way this carrier tour happens without Presidential approval.

Here is an update.

As I mentioned in my last blog, some local CRA chapters are enjoying the “hunting license” granted to them by the State Board thanks to the precedent set by granting the Santa Clarita chapter the power to purge undesirable members; i.e. those folks that are concurrently members in the Conservative Republicans of California organization.

Word is that the president of the Anaheim RA has rejected 22 members or applicants for new membership based on the Santa Clarita decision. Please note that Anaheim never even amended their bylaws, their president just made a unilateral decision. The Anaheim president conveniently takes this action just weeks before officer elections. He needs to be sure he keeps his job as president; perhaps his new title should be Fuhrer or Czar.

Lest you think this purge is limited to CRC members and other malcontents in southern California. Word is that the head of the San Joaquin RA is weighing his options to remove angry Libertarians from his midst. You may know these angry Libertarians better by their self-identification as Tea Party members.

These purges are in direct contradiction to other parts of local and statewide bylaws but now that the Board let the proverbial genie out of the bottle who will put a stop to this idiocy?

The CRA President—John Briscoe—condoned the committee vote to allow such arbitrary decision making.  He was on the conference call when the vote was taken. As you may recall, the committee recommended to the State Board that the Santa Clarita bylaws change be permitted by a four to one vote.

Where was our beloved parliamentarian when all this was going on? Answer: present and very silent.

Like Barbara Alby, Celeste Greg and others I have witnessed in my years in and around CRA, playing by the rules is not a sure bet. Any way to put your thumb on the scales is fair game. They only know power politics. Too bad all these self-identified Christians never read their Bible. I challenge you to look up all the biblical verses on fair scales and measurements. The Bible says “God hates” those that purposely stack the deck in their favor to gain advantage over others. CRA thinks they are God’s gift to the Republican Party and the State of California and yet their actions dishonor their Lord.

CRA has made a terrible decision and most of their leadership is oblivious to the implications of their vote. Solomon said there is nothing new under the sun. The irony that the draconian bylaws written by Markham Robinson and Ed Hernandez for Yolo County RA back in the 1990’s are now the rules of the whole statewide organization is too rich to ignore. Another irony is that both had Tom Hudson’s blessing.

CRA needs to hold an emergency vote to stay their previous decision until it can be discussed at their next Board meeting. Failure to do so will just be one more reason for conservative folks to register as Decline-to State.

Last Saturday, the California Republican Assembly put on a display of incongruity so amazing, I’m struggling with how to describe the hypocrisy and irony that made the meeting such a disaster.

The train wreck of expediency over principle concerns the Conservative Republicans of California group founded by Karen England, Steve Frank and others ejected from CRA. Please understand that CRC is basically a paper organization with fewer than five active chapters in a state of almost 40 million residents. Think of the United States versus Granada in a military conflict. (Oh we did that once already.) How a group with no members in the room can cause such an irrational and emotional response in a CRA Board meeting was amazing to witness.

The first place CRC raised its hydra like head was when Aaron Park made a motion to unilaterally forgive Mark Pruner and another political operative—Mark Spannagel—from the remainder of their five and ten year banishments from CRA. Aaron’s reason was to get in good with some elected officials like Doug Lamalfa. It was argued that this unilateral act of charity would be a way of putting the unpleasantness of the mass membership purge of 2011 behind CRA and show that the group—under the leadership of John Briscoe—is interested in looking forward. It was admitted during debate that neither Pruner nor Spannagel had asked for forgiveness of past misdeeds or expressed any interest to again be involved with CRA. When the motion came to a vote, it failed by a wide margin.

Then CRC was brought up again under the report presented by Carl Brickey. It seems the Santa Clarita RA had a bylaw amendment that needed Board approval. Below is the text of their revision of membership.

Section 2. Qualifications. Regular membership of the Assembly shall be limited to those American citizens of good moral character who: 1) are registered to vote as members of the Republican Party; 2) are otherwise eligible to be CRA members, 3) do not belong to another CRA unit and 4) do not belong to the organization currently known as the Conservative Republicans of California at a state or local level.
(Bold items are changes to existing language)

When Brickey presented this item of the report, not a single person in the room asked why the committee recommendation was four to one to approve and not unanimous like all the other items before his committee.

I got up and said that both CRA and CRC are chartered by the California Republican Party and thus we have no right to tell another equally chartered group they were not welcomed in CRA. I said this is wrong and we literally have no right to approve a bylaw that is contrary to our charter. How we feel about CRC is not this issue. In effect, I argued principle—as I always do.

Others—including the Park brothers—saw no problem with this bylaw change. These are the same guys that 45 minutes before we arguing for forgiveness of Pruner and Spannagel in order to put the past behind us and now they are OK with banning CRC members? Others of the CRA brain trust said that this was a local issue and if that’s what this local chapter wants then they are OK with this amendment because the CRA Statewide Board is not making this the policy of CRA as a whole. OK so why was the Statewide Board voting on this then? The amendment was approved with three NO votes including mine.

This raises so many questions.
• First, the fact that this came before the Board means that the Statewide CRA organization has made it the policy that any chapter can reject members based on other affiliations that members may have. These words come to mind, “Have you now or ever been in the past a communist?”
• Second, CRA has no access or right to access CRC membership lists so how do they know who is a member of that group? Ironically, CRC is based on the very same principals as CRA just different leadership.
• Third, under the current Bylaws of CRA, this rule does not affect current CRA members, only those wishing to join in the future. Thus, this sell-out of principle—if applied in accordance with the rest of the CRA Bylaws—will do nothing to help eject the eight members in Santa Clarita that are a thorn in their side. Santa Clarita has over 150 members and can’t abide a few angry folks?
• Fourth, any members of Santa Clarita that are ejected have the right under the Statewide Bylaws to appeal the decision to the State Board.

Later in the meeting, Aaron Park made a pitch that CRA should consider Director’s and Officer’s Liability Insurance. This was just the cherry on top. Park votes to create a litigious situation for the CRA Board and then offers to sell them insurance in case anybody takes them to court for acting stupidly.

CRA deserved to be sued in 2011 and they deserve it today for this stupid and ill-advised vote.

OH, and just to prove they really did open Pandora’s Box, by Monday, CRA leadership had been contacted by several other chapters wanting exclusionary language added to their Bylaws to trim the unwanted from their ranks.

Way to grow CRA… sorry fellows but I expected more.