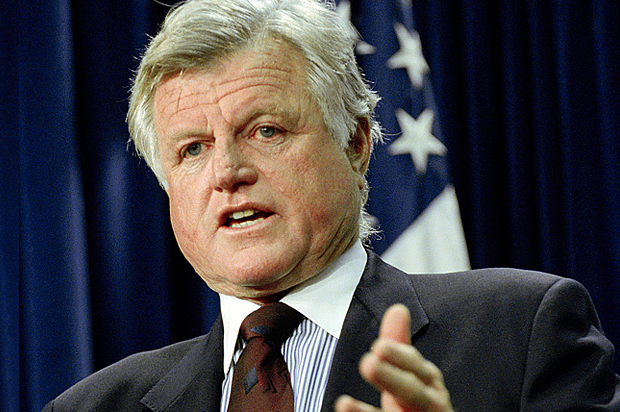 He was a symbol of all that is wrong in modern American politics. He was one of the more successful Machiavellian liberals. Kennedy often treated the US Constitution as a suicide pact. He never met a terrorist or a communist that didn’t occupy a warm place in his heart. He perverted the values of America to expand the welfare state and erode the rights to own private property. He worked to thwart a parents’ ability to pass their values to their children. He spent his whole career trying to destroy the values the made our country great. He was always a defender of murdering the unborn and in his later years he worked to establish a national framework for euthanizing the infirm and aged. Kennedy hated Truth and Justice and anyone that stood for those values. He made a mockery of his faith and his family. He was at least guilty of manslaughter and to many he was a murder that got away with it.

His legacy is one of moral failure both personally and in his legislation record. Any success touted by Kennedy was a diminishment of the American people. His gains were our losses. How a man who so totally embraced wickedness could be called a role model for anyone is a commentary for just how corrupt we have become as a people. The only sad part in all this is that I am sure the people of Massachusetts will give the rest of the country another Senator just as worthless as Kennedy.

I have a mental picture of Kennedy experiencing his eternal reward and begging Father Abraham to let Mary Jo give him one cup of water to ease his suffering. Enjoy reaping what you sewed Uncle Teddy ‘cause you worked hard for it!