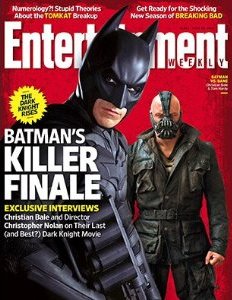 In contemplating the shooting last week, I came across an old song that sums up many of my feelings.

Well, I’d like to say welcome to judgment day

I’m probably in the minority on this point but I disagree that this guy is mentally ill. This is wishful thinking so people can deny the existence of evil in the world. I think the shooter was someone with twisted values but knew what he was doing. I’m sure he spent the bulk of his formative years in government schools.

If Darwin was right—as he was surely taught— then why were his actions wrong? Surely he proved his fitness as superior to those that died? If we are the product of random chance and probability then on what basis were his actions wrong? Based on what he was taught in government schools his actions are arguably rational, reasonable and justified in his mind. If “man is the measure of all things” then if he did what was right in his own eyes then how can we judge him?

It is at this point that Liberals and Libertarians scream that we can do whatever we want as long as we don’t hurt others. But if Darwin was right then what basis do you have to limit behavior by saying that hurting others is wrong? At this point folks will appeal to Hobbs and “the state of nature” or Rousseau and the “Social Contract” but both of these are artificial constructs that never existed in the real world. They are devices to explain things without appeal to God as creator and governor of the universe; besides Darwin and Marx swept aside the old order and introduced one that has lead to the “post Christian West”.

Without belief in God no amount of verbal gymnastics will provide an adequate basis to prove that murder is wrong. God is real—no matter how much non-sense that Christopher Hitchens could churn out to the contrary—nothing can change this Truth. Murder is wrong because it is first and foremost an assault on God by destroying beings created in His image.

Lest the Christians rejoice too much with my essay I do have a question about this topic for ya’ll. I have heard much about forgiving this guy for what he did but why? Has he repented? Did he say he was sorry? Has he asked for forgiveness? Has he gotten right with God? The answer to all these questions is NO. Listen to the following and let me know what you think of the forgiveness issue.
http://visitredeemer.org/sermons/?sermon_id=38

Meanwhile pray for the injured and families of the victims.