In the latest polling for the Iowa caucus, both Barack Obama and Mike Huckabee are moving ahead of the pack and challenging the long-standing front-runners in their respective parties. This sounds really interesting but is it hype or reality?

I think that polling is not the “science” that it used to be. Consider the obstacles to the modern day pollster.

First, most polling is done by telephone. It is the cheapest way to have two-way conversations with potential voters. From voter data such as that available from your county clerk, a pollster can know how often that you have voted in past elections and want your party affiliation is. This information coupled with the demographics of your neighborhood can give them a good idea of who you voted for in the past. There are many questions that they ask in the course of a poll to verify their guesses by comparing actual answers with their predictions.

Part of the challenge to pollsters is to get a statistical cross-section of the electorate. Their model assumptions about voters are important to the accuracy of the result that they get. Have you ever wondered how 1,200 people are polled and in a headline the next day we are told with certainty what 300 million Americans think about presidential popularity or Hillary’s latest healthcare idea?

The biggest challenge to this model is technology. A large percentage of people under age thirty have only cellular phones and not a landline. These folks are not listed in Ma Bell’s directory. People also have IP telephony and other means of communicating that are not listed. This coupled with traditional unlisted phone numbers on landlines makes contacting a cross-section of voters even more difficult. The only thing that is saving their models of the electorate is that many in this age group are not high propensity voters. Older, high propensity voters tend to have traditional phones.

Another challenge is who is actually answering the phone? Most times that a telemarketer calls my phone, we hang-up on them. Due to the number of polls done in modern political campaigns and the small population of a state like Iowa, I think many folks are burned-out answering their phones too. Are the results showing shifts in the candidate preferences of Iowa voters accurate or are the number on non-responding folks causing results to be weighted differently to keep the pollsters in business?

Most people made up their minds months ago and it would take a big event to change their preference. Neither Obama nor Huckabee can point to such an event. (Yes, some might argue that Hillary and driver licenses for illegals qualify but we will have to see.)

If given my assumption about the lack of a big event, the logical place to go to explain any shift in voter preferences is that the “undecided” are finally settling on their choice. My problem with this is two-fold. First we must ask is this “undecided” voter who up ‘til now has not been paying attention really firm in their commitment to a candidate and second, will they actually go to the polls and vote?

Lastly, going into the holidays will detract from campaigning. This is a season for family and the sacred not secular. This will result in committed people voting and those with little interested getting distracted and not making the extra effort to vote. I doubt anyone knows how to model this because it has never happened before. The timing of Iowa is an unquantifiable variable that should not be minimized.

I could go on but I think I have made my point. The polls are entertaining but should not be trusted. There are too many variables that make Iowa difficult to call prior to January third. 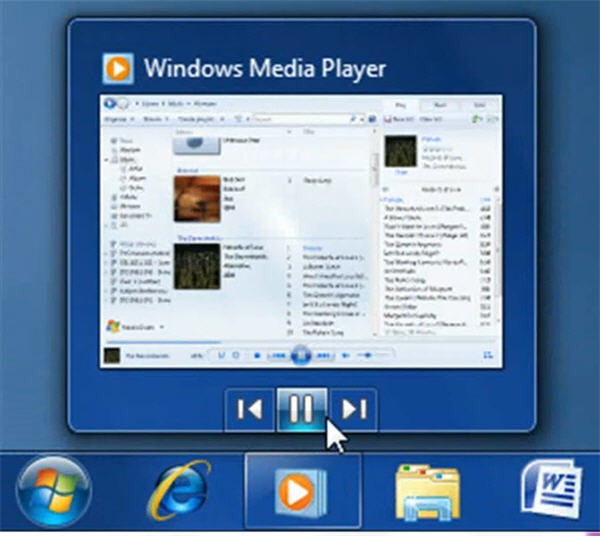 My three-year-old abuses to heck out of our family’s DVD collection. After he handles them a few times, they won’t play. The disks are covered in yogurt, fingerprints, apple juice and who knows what else. Anyway, the poor lasers in the players don’t stand a chance against him. I frequently have to wash the DVDs with soap and water to clean them before he can watch them. Many are also accumulating scratches and it is only a matter of time before they will be unusable.

As a result, I have decided to download as many of his favorites as I can into my computer for him to watch. This will allow us to watch a copy of the disk and reduce the abuse to which they are subjected. I also am doing this because the wife and I are considering purchasing an XBOX 360 for the kids’ big Christmas gift. With the XBOX, they can watch the movies on my computer—via the Windows Media Center—on their television. (I wired the house for computers and the eventual purchase of the XBOX last year.)

As an experiment, I ripped a few DVDs using the Roxio Easy Media software. I selected the MPEG2 format. I tried to play the resulting files with Windows Media Player and got an error.

The same file plays fine using Media Center and several other software applications in my computer. I was determined to find a solution. Media Player has never been able to play an MPEG file from any source on my Vista computer.

I started at the beginning. Did I have the proper codec to play this file format? I thought so but my research found that support for MPEG files is only partially supported natively by Microsoft. They support MPEG1 but not MPEG2. MPEG2 is the format used on DVDs and requires a third party solution. I downloaded and installed the software at a cost of about $15. As I found out later, I already had the codec and this was a waste of money.

I searched on the Roxio support forum and found a thread that seemed to hold some promise.

There were all sorts of great sounding ideas. These included codec diagnostic programs, quotes allegedly from Microsoft TechNet and purchasing new codec packages. None of these worked.
I tried the Microsoft website and found a thread on error C00D11B1.

This tread starts out poorly with a bunch of BS about Samsung software for cell phones causing this problem and then goes on to suggest changes to settings in Media Player and even registry hacks. My experience with this is that it is nonsense, not troubleshooting. However, on the fourth page of this thread you get to the payoff. Buried in the bottom one post you will find the following nugget:

Anyway, while i was typing that essay, i found a solution!

http://www.codecguide.com I simply download that codec pack, and everything worked perfectly. It installs another media player called Windows Media Player Classic, but i checked, and the files work using the regular media player too.

The codecs on this page are free. I tried the full package and took most of the default settings. However, I kept the MPEG2 codecs that I already purchased and told the install program to replace my DIVX codecs, and on the bottom of the second screen, I checked to box to create a setpoint before installing.

As I was researching this problem, I had seen many comments that blamed newer DIVX codecs as the likely cause of the problem. Strictly speaking I know that trying two different repairs at once is not proper troubleshooting technique but by the time I got to this point in the process I wanted results and a good night’s sleep. The bottom line is that it worked.

I hope my experience will save others some heartache. Happy computing.

Recently I upgraded my Windows Vista computer to iTunes 7.5. After starting the program I was greeted with a message that my DVD/CD burner was unable to be used by iTunes. Why? It works for everything else I want to burn!

Upon further investigation, I found that iTunes is not compatible with my 64-bit operating system and I needed to download a third-party driver so that this piece of Apple software could work as advertised with my burner.

I found this on the Apple website in one of their support threads:

I don’t understand why Apple support doesn’t react on this, as the solution is ridiculously easy.

You need a 64bit version of the driver, install the one you find here:
http://www.gearsoftware.com/support/drivers.cfm

Use “Driver installer for AMD64 and Intel EM64T processors”.
Works like a charm.

This is my third bug this year with Apple software in the PC world and the second I’ve encountered with iTunes.

On my windows XP Pro system, I had to physically remove the CD-ROM from my computer because iTunes can’t tell the difference between a CD ROM and a CD Writer. I had both in the computer peacefully coexisting until I wanted to burn a CD using iTunes. Theirs is the only burning software I have ever encountered that can’t make this fundamental distinction.

The error message from the iTunes program basically said PCs were crap and we can’t function in your box because it is built different that a Mac (only they used engineering sounding words to more politely insult the 90 percent of the world that doesn’t do things their way).

My third Apple bug this year is in QuickTime Player. I can only play movies from external hard drives. Any movie I play on my local hard drive will crash due to buffer error within seconds of activating “play”. I found a website claiming to fix this error if I will install four downloads and then re-start my computer.