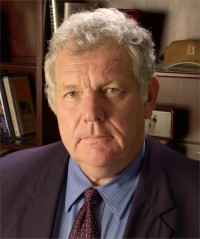 There is currently a big flap about some comments by Bill Bennett that were lifted out of context. This is my initial reaction to this controversy.

If you think Bill Bennett said any of the following would you be right or wrong?

All the above were the views of Margaret Sanger, founder of Planned Parenthood

My view of this controversy is summed-up as follows:
“A text without a context is a pretext; usually for error.” Dr. Walter Martin 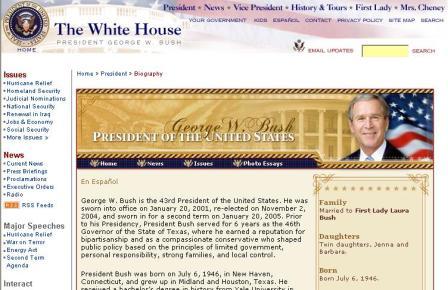 George Fincke is a Bishop in the Reformed Episcopal Church. He sent me the following:

My daughter called from CA, asking me to go online to Google.

She asked me to type the word FAILURE. Then, hit the “I’m feeling lucky” button. What you get is the bio of George W. Bush.
http://www.whitehouse.gov/president/gwbbio.html

Added 11-10-05
Since posting this I have learned that there is a technique for manipulating results from Google. This is called a “Google Bomb” The above is an example of this in action. 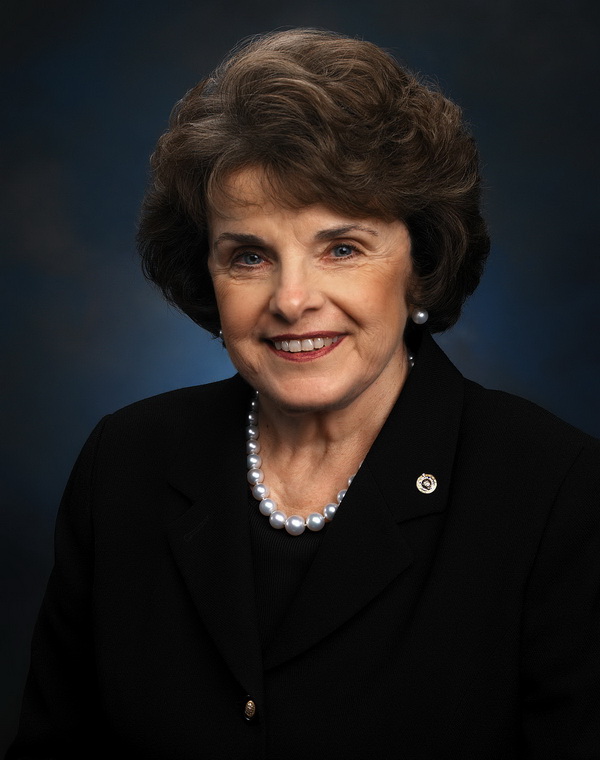 Today, our wonderful, socialist, NIMBY, Liberal United States Senator was on the radio because she was grandstanding for the media by daring to lecture the petroleum industry about the price of gasoline.

Thou hypocrite! It is the fault of Senator Feinstein and her ilk that we are not an energy independent county. If she would allow new domestic drilling and exploration and a few new refineries to be built plus some new nuke plants, we would not need the tyrants of the Middle East.

Our Senator is stuck on Stupid.

For a brief history of Stuck on Stupid see The Roughstock Journal or Hugh Hewitt.

From the middle of my junior year of high school until the end of my second year in college I lived in the South, mostly in Mississippi. My first year there, they had over 144 inches (twelve feet) of rain! The lifestyle and climate in the part of the country is very different from ours here in the Sacramento Valley.

The contrast between Mississippi and Louisiana has grown since my time there. Louisiana has not changed; it is still an area of graft, corruption and political cronyism. Mississippi was just starting to become a Republican area. It is proof the competitive elections will result in better government for citizens.

I think Eric Hogue deserves a broadcasting award for his excellent coverage of the hurricane damage this week. He has made a far away tragedy into a personal experience for us all. See SactoDan”s review of the coverage.

Besides the debris, the smell and the devastation that we hear about in the news coverage, there are a number of unpleasant critters in that part of the country that are living among the rubble. Three are at least three species of poisonous snakes and plus alligators that call Mississippi and Louisiana home.

My heart goes out to the folks there.

This is follow-up story to a previous post that I made.

With a careful rewording of her constitution, the Church of Nigeria (Anglican Communion) redefined her relationship with all other Anglican Churches.

All former references to ‘communion with the see of Canterbury’ were deleted and replaced with another provision of communion with all Anglican Churches, Dioceses and Provinces that hold and maintain the ‘Historic Faith, Doctrine, Sacrament and Discipline of the one Holy, Catholic, and Apostolic Church’.

Emphasis was also placed on the 1662 version of the Book of Common Prayer and the historic Thirty-Nine Articles of Religion.

The Constitutional change also allowed the Church to create Convocations and Chaplaincies of like-minded faithful outside Nigeria. This effectively gives legal teeth to the Convocation of Anglican Nigerians in Americas (CANA) formed to give a worshiping refuge to thousands in the USA who no longer feel welcomed to worship in the Liberal churches especially with the recent theological innovations encouraging practices which the Nigerians recognize as sin.

Today, I heard Rush Limbaugh make the claim that Starbucks spends more on healthcare than they do on coffee. I just
had to see if its true. Guess what?

Here’s the source; none other than Starbucks’ Chairman, Howard Schultz.

Q: What’s the biggest challenge you face in terms of meeting your objectives for growth?
A: Without a doubt, it’s health-care costs. We just had to raise our prices for the first time in four years. That is primarily because of the rising costs of health insurance and also dairy prices. Over the next two years, we will spend more for employee health-care costs than we will for coffee.

I was sent the following article today. It is worth reading.

AFRICANS say they have had enough of the Church of England’s endless discussions over the ordination of gay vicars and same-sex blessings. With help from their colleagues in Latin America, African primates, bishops, priests and laymen are getting ready to strike out on their own and establish a new Anglican Church based in Egypt.

A conference that could turn the Anglican community on its head takes place in Alexandria, Egypt, next month, organised by angry Africans and Latin Americans who say they are “sick and tired” of endless debate about same-sex blessings and the ordination of gay Christians. “We’ve had enough,” the Archbishop of Central Africa, Bernard Malango, said last week.

In a new African-based Anglican community they plan to replace the Archbishop of Canterbury Dr Rowan Williams as their spiritual leader with the Archbishop of Nigeria, Peter Jasper Akinola, and exclude homosexuals from full church life.

A leading gay vicar – who asked not to be named – said: “I fear for Rowan Williams if he attends the Alexandria Conference. Anglican dissidents will publicly announce that Archbishop Akinola is their new spiritual leader and that there is no place for the present Archbishop of Canterbury in the new community based in Alexandria.

“I also hear that African Anglicans plan to place a throne in a conference room and ask Archbishop Akinola to sit in it – while Dr Williams is supposed to stand by and watch.

CAPA’s members include the Anglican dioceses of Botswana, Malawi, Zambia, Zimbabwe and Egypt. It was formed in July at Nassau after Latin American Christians expressed their bitterness towards the Church of England, saying it was prevaricating on the subject of gay rights and same-sex blessings – 300 of which take place in England every year.

“We were inspired by CAPA,” says Drexel Gomez, Archbishop of the West Indies. He predicts “a shattering split in the entire worldwide Anglican community” following the Church of England’s approval of the Civil Partnership Act that comes into force in December.

There are about 13,900 clergy in the Church of England, which is facing slumping attendance and widespread indifference – even though some 25 million people in the UK are nominal members.

Africans have been watching what seems to be growing tolerance by the Church of England towards gays with alarm and deep anger.

Anglicans in Kenya, Malawi, Tanzania, South Africa, Zambia, Zimbabwe and Egypt say that when eight Church of England bishops supported the Civil Partnership Act in the House of Lords they flouted the rules of the worldwide Anglican community.

Akinola says that he is disappointed with the example that Williams is setting by appearing to condone the Civil Partnership Act and he advises Anglicans to steer clear of the leadership of Lambeth Palace.

“Lambeth Palace upholds our common historic faith and it will now lose that place of honour in the world.”

In a pastoral statement issued in August, English bishops said that they would allow gay clergy to register their partnerships, as long as they abstained from sex.

Akinola asked: “Is the Church of England planning to install cameras in the bedrooms of its clergy?”

However, Richard Kirker, general secretary of the Lesbian and Gay Christian Movement, said: “Personally, I’d rather see a split within the ranks of the Anglican community than for people of principle to bow to the demands of homophobic Africans.”

Some Anglican churches in Africa are turning away funds from US and Canadian churches because of their tolerance of active gays in the church.

And a vicar from London has been asked by Archbishop Malango to clarify his views before being consecrated as Bishop of Lake Malawi.

The Rev Nick Henderson has two parishes in west London and Malango asked him to confirm that he subscribes to the Creed, the Bible and the Thirty-Nine Articles and “fashions his own life and his household according to the doctrine of Christ”.

Until recently, he was chairman of the Modern Churchpeople’s Union, which is a leading liberal forum for “open and informed theological comment in the Church of England and the Anglican Communion”.

Henderson is unmarried and shares his vicarage with a male lodger, who is organist at one of his churches. In a letter to Henderson, Malango said: “It has been reported that you currently live with a male lodger. Because of reports of your advocacy of the gay and lesbian movement, I am constrained to ask a very awkward question.”

Henderson was asked if he believed sexual intimacy should be restricted to within the marriage of one man and one woman. “Is there anything I should know that would make my work difficult if you took up this position?” asked the archbishop.

Henderson was not available for comment and Lambeth Palace is – for the time being – keeping quiet about the seriousness of a looming split.

Michael Newdow is back! After failing to get the Pledge of Allegiance banned from Elk Grove’s public schools last year because he lacked standing in the courts, he has brought a new suit on behalf of others.

U.S. District Judge Lawrence Karlton ruled today that the Pledge is unconstitutional because it contains the phrased “one nation under God.”

The judge cited the infamous 9th Circuit Court in San Francisco as precedent.

This should clear the way for John Roberts to be appointed Chief Justice of the US Supreme Court. This act of judicial activism illustrates why we need conservatives on the Court. 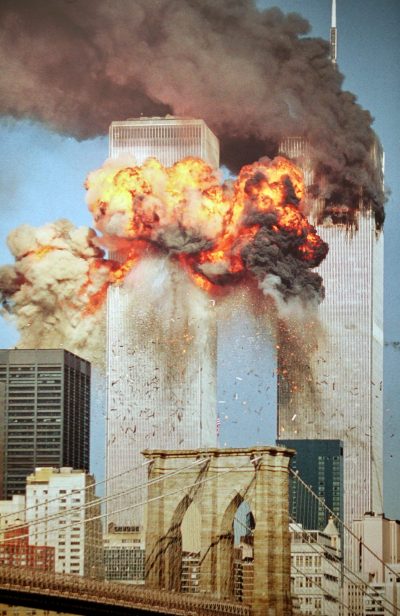 Pour out, O merciful Lord, thy aid and comfort to all who those who at this time are visited with tragedy and bereavement; and prosper with thy continual blessing all those those who administer the healing gifts to the injured and those who labor to devise protection against fanatical terrorist attacks.

Grant, O Lord, the execution of righteous judgment against those responsible for this evil, that justice might be done in this world and in the life to come..

Finally, O Lord, we pray that thou would convert and turn the hearts of our enemies, who by the hardening of their hearts, know not what evil they do.

This we ask through Him who both healed and hallowed suffering, thy Son Jesus Christ our Lord. Amen.