With the June Primary less than a month away, you would expect that the political mud would to be slinging to and fro on the airwaves of every television and radio station in the State. However, with the exception of the gubernatorial race in the Democrat Primary there is silence. It is almost as if this is either a stealth election where the advantage is to the most grassroots organization that a candidate can muster or we are in such a state of secure incumbent districts that there are just no competitive electoral races in our area. Maybe it is a strange combination of both.

Since Democrats have more reason to get to the polls and make a choice for governor, it would seem that the two measures on the ballot both stand a good chance of passage. Both advocate the Democrat axioms of more indebtedness and taxation.

The first initiative is Proposition 81. This bond measure is for library construction and renovation. It offers the promise of increased literacy in exchange for 1.2 billion dollars in taxpayer money. This measure assumes that brick and mortar libraries like those thirty years ago will be the same for the next thirty years. Do you really believe that the library of 1976 will be unchanged by the year 2036? Dream on!

The next measure (Proposition 82) is the universal pre-school initiative that will be paid for by the wealthiest Californians. This scheme is being projected to generate 2.1 billion dollars annually in an economic vacuum. It is called a voluntary program for all four year olds. Yeah, sure! Compulsory for taxpayers now, compulsory for children later.

There are two fallacies with this initiative. First, those paying the tax get no benefit from this confiscatory initiative. Those who are taxed would likely never turn their four year olds over to the State. Secondly, there is no proof that there is any lasting benefit to children by taking pre-school. In fact, a recent study done at UC Davis proved that any benefit that could be had from pre-school was gone by third grade. I’m not going to say that no children would benefit from pre-school but the expectations attached to this program are exaggerated.

One fault with this type of hype is that advocates of a measure can claim anything they want without repercussions because ballot arguments are not legally binding. They can be well intentioned or bald-faced liars and they are safe from any recriminations for their claims. In the final analysis, those supporting or opposing a measure are both unelected and unaccountable to the voters. Let the voters beware! 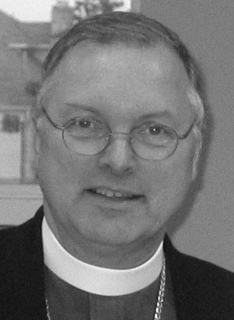 Ray R Sutton was one of many young lions on the theological frontiers of Christian Reconstruction in the 1980’s. He was part of the Tyler Texas group of prolific writers put together by Gary North. Sutton was not one of the core leaders of the group, which included David Chilton, Greg Bahnsen and others, but his contributions were significant.

Sutton’s book, That You May Prosper, was important to much of the later writing of the group in Tyler. In this book Sutton analyzed the biblical covenant model and went light-years beyond the work of Meredith G. Kline.

In the intervening years, Sutton has only published one book. His spiritual journey from Presbyterian minister to Bishop in the Reformed Episcopal Church has not been a public one. It can be assumed that some of his views have been modified during this period by his life experiences but he remains theologically conservative.

Sutton has apparently channeled the heat of his fiery days in Tyler and directed it into light for the larger church. He is a lead representative and spokesman for the Reformed Episcopal Church. For many years he has been involved in the theological training of the RE seminaries. Since involving himself in the RE, he has also received his doctorate from Oxford.

He will be speaking in Elk Grove, CA on Saturday, May 20th on the Uniqueness of Christianity. I invite you to hear his presentation. Best of all, he has three scheduled times during his presentation for questions and answers. It would be worth it just for the Q & A periods. (Plus the location is two doors down from one of the best microbreweries on the West Coast.)
Click here for details.

Books
That You May Prosper.

Who Owns the Family?

Covenant: What is it Anyway by Ray Sutton (.pdf)

A Tract on the Covenant by Ray Sutton (.pdf)

A Covenental View of Blood by Ray Sutton (.pdf)

One of the stupidest songs ever recorded has to be Imagine by John Lenin. It is a ballad about the creatures finally ridding themselves of the implications of the Creator and setting up a “Worker’s Paradise” on earth.

Only people running from the Cross of Jesus Christ seem to relate to this song. Like the proverbial vampires with no soul doomed to live in eternal darkness, the fans of Imagine have a common bond of despair in this life and no hope of anything better in the life to come.

In the midst of the generation that gave us Imagine, is a shrill voice screaming for attention. A woman with no core values, only pompous words designed for the itching ears of her immediate audience. Yes, it’s the junior Senator from New York State, madam carpetbagger herself, Hillary Clinton.

Hillary, the woman who would be President in 2008, has tried to explain her humble path to a political life. According to an article in Newsday, Hillary had other ambitions but due to her lack of physical ability, intelligence and a hostile men’s world, she ended up going to law school to find her path in the world.

According to the Newsday account, Senator Clinton first imagined herself becoming an Olympic Athlete but she couldn’t run fast enough. Then she tried to visualize herself becoming an astronaut but NASA said they don’t take girls. Then she dreamed of the medical field but she got “woozy” at the sight of suffering (except for unborn children being dismembered on the altar of choice which is the blessed sacrament of Liberalism). Mrs. Clinton also pictured herself as a mathematician or a scientist but she didn’t have the grades. As a last result she opted for law school.

Now she gets to impose her version of Lenin’s utopia on the rest of us. She too will feel our pain because she will be the cause of it. Thus proving that Those who can work, those who can’t pass laws to get even.