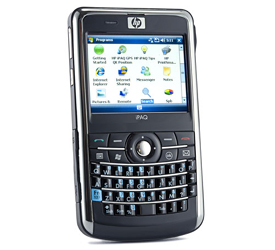 This phone runs Windows Mobile 6.1 and got great reviews from PC Magazine. In fact it was their Editor’s Choice.

The IPAQ is a business grade phone with full internet capability. As I found out, not all web browsing experiences are the same. It is much slower than my home DSL but faster than dial-up. Pages with fancy plug-ins or scripts don’t do well. I tried Opera’s mobile browser and it choked on the same websites. Hopefully the upgrades that Microsoft has in the pipeline for release will improve things. A new Internet Explorer should be out before Christmas and a major OS upgrade is planned for next year.

The Windows Media Player will play all my favorite songs on the 2 GB mini SD card.

The one thing I miss is my ability to listen to the radio. Many radio stations have websites and listen live buttons; however, these don’t work. Only the Salem Radio Network has an option to listen via Windows Media Player.  After many searches and frustration I found a solution. There is a site that plays AM and FM stations from a variety of markets. Even though my local stations have dropped Laura Ingraham, I can hear her live on several stations. I can listen to Rush Limbaugh or just about any other syndicated talk show. The website is http://radiotime.com/mobile/index.aspx Simply enter a zip code to see programming in that area. (You can enter any zip code in the US not just where you live.)I use this site more than any other one on my phone.

Interestingly, you can exit the media player application and it will continue to play until you restart it and hit the STOP button. It will pause if you get a phone call and resume playing when the call is completed.

The Internet usage is a big drain on battery life. The phone needs almost daily charging or a phone charger in your car to keep it going. You don’t need to buy the $30 HP charger. You can get a Motorola compatible car adapter that fits the mini USB plug on the phone. I got mine for about ten dollars at Fry’s.

The camera is billed as 3MP. There is a big delay from the time you press the camera button and the time it takes to capture an image. Almost a second passes between pressing the button and the image being captured. Still photos can be done. Photos of moving things are difficult to capture. This seems to be the weakest feature on the phone.

Lastly, buy a case for this phone. The molded plastic body is soft and scratches easily should you drop it from your lap onto a hard floor.

Programs for the phone seem limited compared to others but look for Microsoft to beef-up both the Operating System and variety of software over the next year. With both Apple and Google in the smart phone market they have to get into gear. (The IPAQ is technically a Pocket PC not a Smartphone.)

The phone has no contract and requires a data plan with your carrier. Check HP or PGMag.com for more info on the phone.

Congress defeated the “Wall Street Bail-out” earlier today. There’s too much government power grabbing to think it’s a dead issue. Maybe it will be less socialist next time it reappears.

My question with this whole issue is if this legislation passes in any form similar to what was voted on today, won’t it be a huge step toward nationalizing several sectors of business and making the federal government the biggest owner of residential real estate in the country? If this is true, how does it benefit us? Until several ranking democrats and CEOs are frog-marched to jail in handcuffs, I think the taxpayers should root for private sector solutions. Let these troubled companies sell assets and restructure before Congress starts writing checks.

Congress seems bent on doing economic brain surgery with a chain saw. Why not make the sausage in public so the process has openness instead of trusting Barney Frank and Nancy Pelosi to write something in secret and then expecting YES votes before anyone can read it. The root problem with these financial issues is government mandates so why is the solution to intrusive government to get an even more intrusive government? 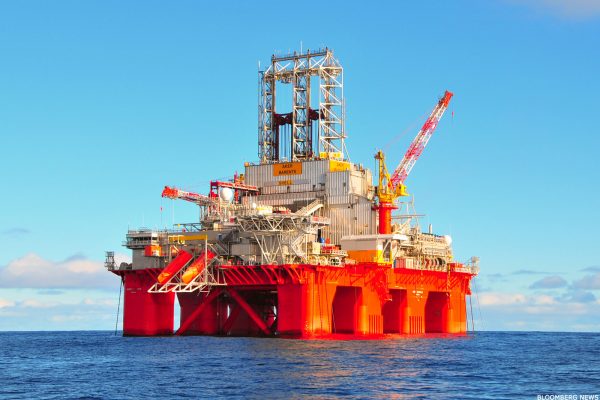 This is wonderful news. Now the states can decide the issue.

If only the socialists in California would see that this opportunity is a key component on the path to solving the debt problem in Sacramento. Why borrow lottery monies when you can get more debt free cash from drilling leases and royalties. (Of course if they come to their senses enough to allow drilling, they just might decide to tackle their spending addiction. )

Barack Obama has taken off after Gianna Jessen for accurately portraying him as voting four times to support infanticide while has was an Illinois Senator. Gianna is running her ad in two states, New Mexico and Ohio. Her ad is here.

When people point-out that the Democrat Messiah has no clothes he can’t take it.

Barack is so thin skinned that he trying like hell to avoid the light of truth on his record. At the same time, he is elevating these ads to nationwide prominence. This is making the life issue, front and center of the presidential debate at the very time that many voters are just trying to get informed about the election.

This gives Senator McCain and Governor Palin the wedge issue they need to both energize the Republican base while simultaneously illustrating just how radical and evil the policies of Obama really are. This is literally holding up the crucifix to the demons and watching them have a “Linda Blair” moment of national TV.

Obama is going down in flames and he knows it. Barry is about to learn the old proverb that “failure is an orphan.”