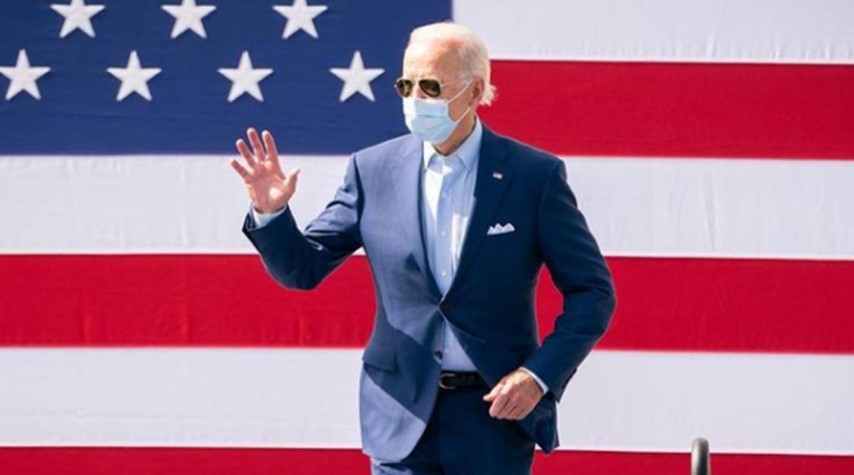 So, it is my fellow readers and followers of this blog.  All the pundits cheered today as Former Central Bank Chair Janet Yellen demanded Congress act quickly and pass a 1.9 trillion-dollar spending package.  Yep, act quickly, because god only knows what would happen if the media found out what was in it right?  Fat chance.  This package will extend a fake economy started under Obama/Biden, and mostly continued under Trump.

Here are examples of how the economy has been fake and how it will continue to be fake under Biden.

0% interest rates continue, this was a fixture since almost W. Bush’s presidency. As a result, banks can borrow from the Fed Reserve for about 0% and lend to you for around 3% if you’re buying a house, or many multiples more if you are buying a car.  This does not stimulate an economy; it just let’s free money flow from one lender to the next.  This works only if the buyer is able to “perform” (make payments) on the loan.  Which leads to…..

0% interest also means banks will continue not paying you squat to have an account with them, in essence making your savings worthless.  When you add in inflation adjustments annually, if your savings/money doesn’t earn at least that much your buying power has been decreased.  Unless you are a business…..

0% Means corporations are able to borrow “cheap money” and buy out competitors.  See what AT&T has done over the past few years, first buying DirecTV and recently buying Time-Warner.  While consolidation is not always a bad thing, it stifles competition and leads to mass layoffs, again see DirecTV and Time-Warner among others.  In addition, most corporations have started venture capital arms, whose sole goal is to “invest in startups” with the hope of buying them later.  Kind of like that show Shark Tank on TV.  Again, this is all well and good until the interest rates or the debt load eventually eat away your income.  Many corporations will find the “next chapter” is Chapter 7 or 11, not to be confused with the iconic Slurpee chain.

$15 minimum wage, contrary to what economists on TV say, will create complete destruction among retail and food service work.  (Like after ten months of Covid-19 they need any more help.) Government mandating of wages is the worst possible thing to do.  Show me a worker who requires $15 an hour to work the grill, I will show you a robotic arm who can do the job far cheaper.  Automation will be the word of the next decade, eliminating good paying jobs to replace with robot. Its coming quick folks.  No minimum wage job was ever meant to be a career, for some (felons, rap sheets, drop-outs) it’s a hard way to earn a living, but didn’t their choices land them there?  How come we don’t talk-up trade schools?  More on that next….

We have ignored and made fun of the trade schools for far too long.  They carry a negative stigma. Why work in construction, work on cars, or be a plumber?  Especially when you can get a degree in arts or humanities.  As a result, some of these have transformed into dangerous for profit schools who now charge prohibitive sums of money, but it’s okay because……

Student loan relief is a part of this bill.  Biden has put off interest and payments until September of this year. Like savings, why be responsible? Don’t pay!  More disturbingly, he wants to do 10K student loan relief with the stroke of his pen.  AOC, Bernie, Schumer, and co aren’t happy and want 50k.  That’s an ungodly sum and should fly in the face of anyone who has paid their loans in full.  This also creates a dangerous precedent moving forward.  But…..

$1,400 payments to all folks making under a certain income threshold is part of this mana from heaven as well.  Who cares about erasing money or debt when we can just print more of it!  Fear not, the system we will use to verify who hits the government mandated lottery is last year’s (2019) tax returns.  Yep, even if Covid didn’t affect you at all you get a check!  Made more than that and lost your job?  Sorry Charlie, the Magic 8 Ball says, “No.”  You may ask why we have no system that keeps track of those who lost their jobs due to Covid?  Answer is we do, it’s at the state level and in CA we call it Employment Development Department (EDD).  Why don’t we use their system….well Google EDD scandal CA.  Never mind I’ll save you the time.  Our EDD sent roughly 2 billion in fraudulent checks to folks incarcerated, or to the dead, unborn or infirm.  Still don’t believe me?  Checks went to Scott Peterson (on death row) and Senator Diane Feinstein.  Yup go look it up.  Sorry, but the person who ran EDD has been promoted and is a part of Biden’s team, so look for more undeserving folks to land checks.  I’ll take Hunter Biden in the office pool.

Rest assured I doubt this will be the only check sent out. Sadly, my conservative friends see this as stimulus, not Universal Basic Income.  (Republicans think the rules are for checkers not chess.) Like usual, the Democrats lure the GOP in and while we think we’re doing the Lord’s work, they immediately run the end around, fooling us and taking all the credit.  Think Charlie Brown kicking the football. Try to stop these payments once they start.

Eviction and foreclosure moratoriums are currently through March.  This is just kicking the can slightly. We will end up kicking it further, I predict September.  Look for a utility payment moratorium as well.  These folks are all hopelessly behind, but Biden knows if he cranks up the eviction/foreclosure machine the economy wrecks big time, all on his watch.  Housing is in a major bubble and the only ones who can’t see it are the ones who benefit from it.  I look to scoop up a McMansion in future for about half of what folks are paying now.  In my hometown a McMansion about a decade ago was 500k, now modest homes are selling for around 700, with upward movement likely.

Don’t get me wrong, this isn’t all doom and gloom. The 90-Dday types will continue to talk about record high stock prices, and in some ways they are correct.  They pointed to job reports of “growing payrolls” however a cursory look around town shows me nothing but government and retail jobs.  The latter will be decimated by Covid, mark my words.  They will turn on a cable channel and be greeted with folks saying all-time highs, this is because as I mentioned earlier your savings account pays you nothing, so you must invest it.  The smart folks got in a long time ago and are more than happy to watch you scoop up more expensive shares.  They smile about stimulus knowing you won’t be paying debts, just buying more stuff you don’t need. Only China benefits but that’s ok because Democrats get a cut off all the 5G iPhones you’ll be buying. This economy is fake, you don’t have to believe me, but you cannot print money, send out free money, and have a prosperous society.  Someday the lender will want the money to be paid back, and there won’t be another check.