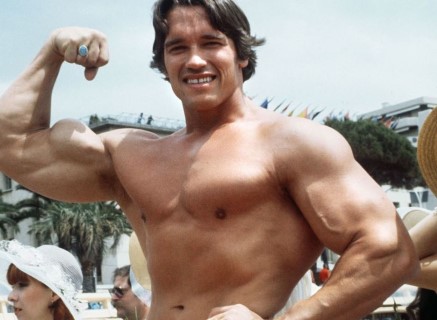 I want to share my experience at my local gym yesterday, keep in mind I attend a gym with the word “family” in its name.  So, I would take it as meaning “family friendly.”  That being said, it is summertime and that means the weather is hot.  Check out my experience at Family Fitness.

First upon my arrival, I check in and get on the hamster wheel for circa about an hour to get my cardio workout in.  As I was running, I glanced at the person on the Stair Master directly in front of me.  I couldn’t figure out what I was looking at first, but then I realized, it was a young lady in what appeared to be volleyball shorts that barely covered her up.  I’m talking a good half of both cheeks were uncovered.  I promptly found a new machine; no way was I going to be accused of being a pig looking at that view for my duration of my workout.  At first, I figured it was a malfunction, or maybe a rookie mistake, nope she was proudly strutting her stuff all over the workout floor later that evening.  I overheard a fellow gym goer make a “cat call” at her to which she responded in kind with a smile and twirling her hair.  Obviously, it’s not just the trainers who are for hire here.

Second interaction was when I was out at the pool area cooling down after my run.  I had to do a double take as someone walked by me, I swore she was quite naked, and I thought she had a group of three kids with her.  Yeah, I was correct, she was wearing I guess a thong, as her two cheeks weren’t covered up at all.  And yes 2/3 kids were hers.  I thought this was pretty classless and tasteless at a family gym, also were many families and young children congregate…a pool!  Not to be outdone she walked directly through the entire club on the way out, wearing no towel.

The third and final interaction was while I was on the workout floor.  As I was bench pressing, I looked up and saw a female with extremely tight-fitting spandex leggings on.  Like so tight that if you told me she had to attach the “butt crack” part directly to her “butt hole” I would believe it.  I have honestly never seen something like this.  This girl legit found a way to show off every curve on her body.  But wait there is more…. this same girl tied her shirt in a knot in the back as to make it even more form fitting.  I guess I had seen it all right?  Nope, her shirt read “personal trainer” on it.  Yup she draws a paycheck from this place.

I could go on, especially about the men who wear leggings to the gym, you can include me in that group, but I wear shorts over them.  I’m pretty self-aware in that no one goes to the gym to scope out my rear end, and even fewer want to stare at the crotch of a mid-thirties man.  Actually, I’m one of the very few who do that, I see numerous men not wearing shorts over their leggings.  Definition of gross if you ask me.

However, I was quite possibly outdone by the response I got to an informal poll I did.  Almost no one who was a guy had an issue with it, this poll included those married, single, and engaged.  Please do not get me wrong, I do not mind summer, warm weather, but is it too much to ask to cover up a little bit?  The responses from women seemed more in alinement with my thoughts, which is to be expected.  When it came to the men’s attire, as expected the men were adamantly opposed, ditto for the women for the most part.  One disturbing trend out of a couple female’s surveyed was they spoke about a 6-6-6 club, when I asked, they admitted it’s an on-going thing with women who desire 6 feet tall, earning 6 figures, and 6 inches in the pants.  If you are stuck on the last one, I can’t help you sorry.  I personally find this odd, but I guess that is what society wants.  Maybe I should go short less at the gym?  Or maybe I don’t want to embarrass myself?

In closing, this bothers me in a way it may not bother many.  This oversexualizes society, big time.  Why are we doing this at the gym?  Understand I am completely on board with traditional workout attire for all groups, and society has changed in a way leggings are tolerated, but man…. this seems to be overkill.  I’m not sure it’s asking too much to keep the thong at home, get some better covering volleyball shorts, and maybe don’t buy leggings 3 sizes too small?  Especially if you happen to work there.  Also, guys, definitely cover up, its gross.  However, this is what we want now, I guess it’s like a big show room, check out the goods, test drive the car if they let you, then I guess decide second date or not?