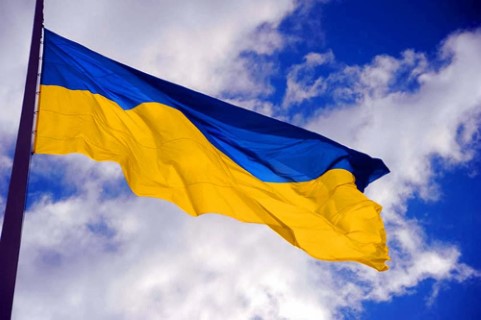 Folks I have been holding my powder about this conflict, but I feel like I’m past due to comment on it.

First and foremost, I don’t trust the American media to tell the truth about this war. They lied for six years about Donald Trump; they’ve lied for over two years about Covid. They always lie about abortion, and doubly about people that oppose it. They hate Christianity, Western Culture, and everything else I hold dear but somehow, they get a pass on this war?! NO WAY.

Joe Hidin’ Biden is an evil and corrupt man. Don’t take my work for it, look at what his own children say about him. Whether it be Hunter’s laptop or the daughter’s diary about showering with her father, there’s no way this guy is someone deserving of power, respect, or the benefit of the doubt.

Biden & Company has been in bed—fiscally and otherwise—in Ukraine for years. Hunter is fronting for “the big guy” and giving papa a cut. By the way, besides Hunter, who pays hookers with checks? Don’t forget that it was in Ukraine that then Vice-President Joe Biden told them they had six hours to fire the prosecutor, or they wouldn’t get the billion dollars. Oh, part of that quote was that if they doubt Joe, call Barack and he would tell them the same thing … funny how that part gets overlooked ever by most conservative media.

Oh, lest you still think Biden should get a pass—you are irredeemable if you do—don’t forget that it was the United States that overthrew the Ukrainian government when Obama and Biden were running the country last time (word is Obama is the man behind the curtain now). So, Biden overthrew Ukraine’s government, he has been systematically shakingdown the government and businesses there and out of the blue this war just happens?

Now Joe rides in with the American checkbook in hand so he can pass out aid and arms like candy while propping up the corrupt government he installed. Folks Joe is the James Bond villain in the story not Putin.

Here’s an example of the media lies told in the United States being retracted five months later.

Two weeks after Russia invaded Ukraine in February, Russian forces assaulted a nursing home in the eastern region of Luhansk. Dozens of elderly and disabled patients, many of them bedridden, were trapped inside without water or electricity.

The March 11 assault set off a fire that spread throughout the facility, suffocating people who couldn’t move. A small number of patients and staff escaped and fled into a nearby forest, finally getting assistance after walking for 5 kilometers (3 miles).

In a war awash in atrocities, the attack on the nursing home near the village of Stara Krasnyanka stood out for its cruelty. And Ukrainian authorities placed the fault squarely on Russian forces, accusing them of killing more than 50 vulnerable civilians in a brutal and unprovoked attack.

But a new U.N. report has found that Ukraine’s armed forces bear a large, and perhaps equal, share of the blame for what happened in Stara Krasnyanka, which is about 580 kilometers (360 miles) southeast of Kyiv. A few days before the attack, Ukrainian soldiers took up positions inside the nursing home, effectively making the building a target.

UN: Russia and Ukraine are to blame for nursing home attack

Serhiy Haidai, the governor of Luhansk, declared in a March 20 post to his Telegram account that 56 people had been killed “cynically and deliberately” by “Russian occupiers” who “shot at close range from a tank.” The office of Ukraine’s prosecutor general, Iryna Venediktova, said in a statement issued the same day that 56 elderly people died due to the “treacherous actions” of the Russian forces and their allies. Neither statement mentioned whether Ukrainian soldiers had entered the home before the fighting began.

I promise you that the American media dutifully reported the war crime of Russia attacking a rest home full of elderly people but the correction to the story either never saw the light of day or ended-up on the back page of the classified section.

But Ukraine also must abide by the international rules of the battlefield. David Crane, a former Defense Department official and a veteran of numerous international war crime investigations, said the Ukrainian forces may have violated the laws of armed conflict by not evacuating the nursing home’s residents and staff.

“The bottom-line rule is that civilians cannot intentionally be targeted. Period. For whatever reason,” Crane said. “The Ukrainians placed those people in a situation which was a killing zone. And you can’t do that.”

So, five months later, the truth come out to a collective yawn because it doesn’t fit the script. The only thing missing from the original report was the PowerPoint presentation from Colin Powell.

The stories of Ukraine using people as human shields are legion. Remember that shopping mall that exploded a few weeks ago? Russia says that Ukrainian troops purposely placed a large cache of weapons and ammunition next to the mall so this would result in the mass killing of civilians. Given the level of destruction to the place, I think the Russians were probably correct.

Folks, this use of civilians as human shields is a common tactic in many parts of the world. Iran does it with their nuclear research facilities. They are literally located under schools and hospitals to ensure bloody videos to distribute to a willing media should we or Israel ever attack them directly.

The other issue going on in the background of this war is one over homosexuality. Ukraine’s government promotes it vigorously while Russia opposes it. The WNBA chick is likely in trouble because she is loud and proud … of her sin. Putin has a background with the KGB but in recent years he has gone out of his way to promote the Russian Orthodox Church. Is he just a chameleon or has he seen the Light? I’m not sure but I hope it’s the latter.

From a geopolitical perspective, we have no reason to be doing anything in Ukraine. We have set in motion a series of events that will eventually come back to haunt us.

Biden has such a tainted relationship with the region that he should recuse himself, and by extension the United States, from any military involvement in this conflict. We are enabling the death count to go up by arming the Ukrainians and as more people die, we provide yet more arms. Its literally a death spiral.