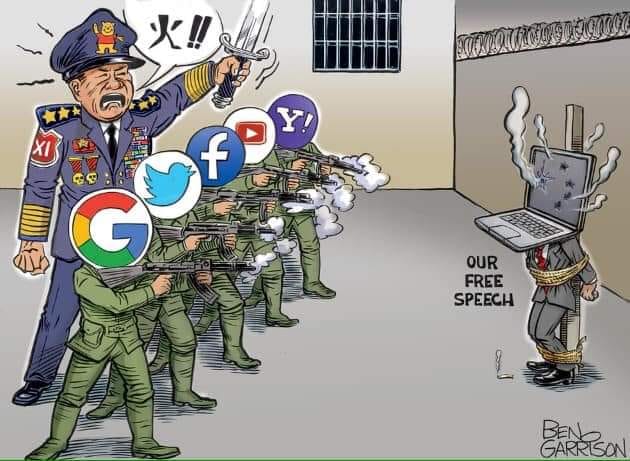 In my last installment I talked about cancelling some of my social media accounts and then detailed cancelling my 11-year-old Facebook account. In the course of these discussions, I also mentioned exploring options. This post is to provide more information on that search. This post will explore Internet options which are either friendly to conservatives or those wishing more privacy and less tracking by “Big Tech” companies. As always, I value feedback from readers.

Many of the companies that make web browsers have censored Conservatives or have pledged to punish them for their views. These include Google (Chrome), Apple (Safari), Microsoft (Internet Explorer, Edge), Mozilla (Firefox). An exception to this trend appears to be Brave. It is made by a guy that helped found Mozilla and another guy that created JavaScript. These guys have made a Chromium based browser with privacy built in. You can opt-in to their system of advertising but if you do, it won’t track your computer with personally identifiable information or your IP address as you sail the Internet.

Brave is on a mission to fix the web by giving users a safer, faster and better browsing experience while growing support for content creators through a new attention-based ecosystem of rewards.

Oh, and Brave has DuckDuckGo baked-in as a choice for Internet searches. If you’re tired of being tracked by Google and others, try browsing with privacy.

DuckDuckGo is the go-to search engine for privacy and searches not prioritized by Google’s pay-to-play advertising and political bias algorithms.

MeWe is not as mature and feature rich as Facebook is but it also lets you speak your mind without repercussions or warning banners placed on your posts because you dare to disagree with Big Tech.

Now that Donald Trump is off Twitter, there’s no reason to be on there anymore. You can try Signal.org if you want to communicate mostly on an IOS or Android device.

When Amazon, Apple, and Google coordinated their attack on Parler, Parler was claiming 15 million users and a valuation of over half a billion dollars. I expect Parler to be back up soon. Perhaps with new software and backend support.

Wouldn’t it be funny if Parler found a home in Russia or some Eastern European country? Then suppose they let Trump have a big presence there too. CNN and the Huffington Post would really go ballistic with conspiracy theories. Fact is, such a move would be an indictment of the Democrats. Think about it, this would show there’s more freedom in the former Soviet Union than in the United States.

That’s my Internet alternatives round-up for now. Watch this space for more as the situation warrants.