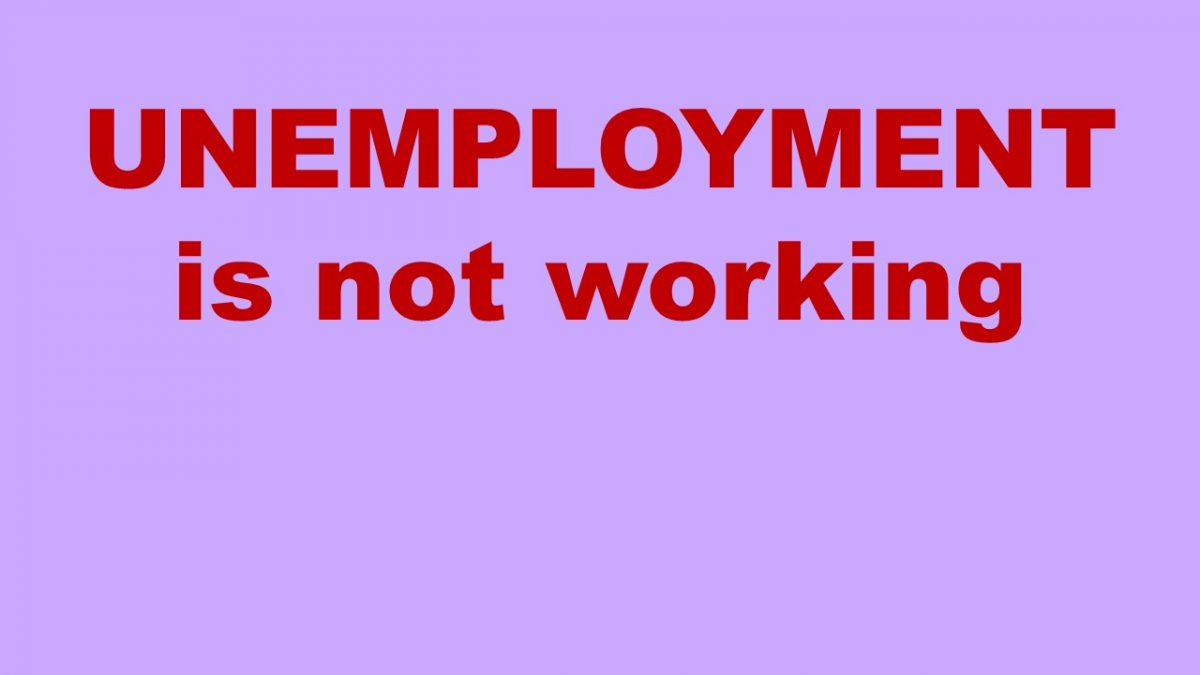 In a state which has move registered voters than citizens of voting age, punishes workers and rewards the slothful, and thinks we are just one more tax on the wealthy from utopia, is it any wonder to read the following story on California’s new unemployment numbers?

California is reporting a surge in coronavirus unemployment claims last week for independent contractors, gig workers and the self-employed, and the tens of thousands of claims are raising renewed concerns about widespread fraud.

The state received more than 77,000 additional claims compared with a week earlier, accounting for more than a quarter of all such claims nationally, according to numbers released Thursday by the U.S. Department of Labor.

Ok, let’s think about this introduction a little bit. Businesses are closing, people that were temporary hires during the holidays are off the payroll once again, and the big one that nobody is talking about is the federal government is once again paying more money to people that don’t work. Yeah, why would being paid more for not working be a factor in who files for unemployment? Please note the above in the article, “…for independent contractors, gig workers and the self-employed…” and compare it to this from CNBC.

The latest stimulus bill signed into law on Dec. 27, 2020, extends federal programs by 11 weeks to help freelancers, self-employed, gig workers and the long-term unemployed, and it reinstates the weekly federal enhancement that expired in July 2020, this time at a reduced rate of $300 per week.

These states are already paying out the new $300 unemployment boost

Clearly the linkage between government policy and behavior can been seen in the above.

Oh, but we’re just getting warmed up with this article.

The state Employment Development Department has been overwhelmed with unemployment claims since March, when Gov. Gavin Newsom imposed the nation’s first statewide stay-at-home order that shuttered many businesses. The state has processed more than 19 million claims and paid out more than $113 billion in benefits.

Just to put these numbers in perspective, the state budget for the current fiscal year was $202 Billion.

In less than 10 months, California has spent over half this amount on just one social welfare program.

Also note that there were 19 million claims in a state with a population of 36 to 40 million folks. This includes both children and the elderly. On a statistical basis, most eligible workers in the state are on government assistance and not working. This is a disturbing statistic.

The state thinks that many of these claims are fraudulent, but they seem perplexed at how to prove it.

About 4 million claims and $43 billion in payments fall under the program for independent contractors. The program has helped a lot of people who are self-employed weather economic shutdowns from the virus. But its broad eligibility requirements have made it a target of criminals seeking easy paydays.

Thursday’s increase was in new claims, not those from people extending or renewing them under a Congressional extension.

Most independent contractors in California should already have filed new claims in the previous nine months, he said.

“The (new) claims numbers make no sense, other than indicating the re-emergence of fraudulent claims,” Bernick said.

Overall, the state has acknowledged paying at least $400 million in phony claims, including thousands in the names of prison inmates, including some on death row. However, fraudulent claims have fallen significantly since last fall, when the state installed new safeguards, including contracting with the companies ID.me and Pondera Solutions to better verify claimants’ identities.California was flooded with claims in the early days of the pandemic after Newsom imposed stay-at-home orders in mid-March that closed most businesses. The department managed to resolve a backlog that peaked last year at 1.6 million claims. But the pile has grown again and now stands at more than 800,000 people.

Blake Hall, founder and CEO of ID.me, told the Los Angeles Times last week that at least 10% of claims submitted to the state before controls were installed in October may have been fraudulent — which could result in nearly $10 billion in fraudulent payments.

Folks, the statistics in this story are mind-blowing. Just the mere facts presented in this article are an indictment of the state’s fiscal mismanagement.