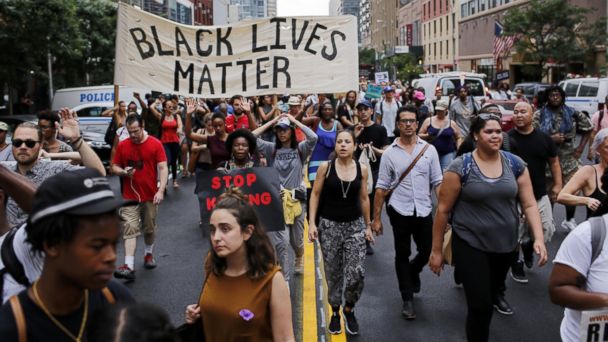 There will be a lot to unpack in this article, but I want to highlight a few key issues as to why race relations will never get better here. I ask you set aside any preconceived notions and put aside your bias and take this in before jumping to a conclusion. It actually is painful to write this because race relations actually got a lot better up until Barack Obama took office in 2008. It can actually be argued he set us back several generations.

This kind of cuts both ways, the Rodney King incident, as well as the war on drugs has put scores of minorities (black, Hispanic, Asian etc.) in jail for crimes some could argue are petty in today’s world. The Rodney King incident caused the black community as a whole to no longer trust police; and as a result they mostly do not cooperate, and in some cases even shield perpetrators from justice.

As a result police look skeptically on young black men, and in some neighborhoods police even refuse to patrol out of fear for their own safety. Bottom line, the bias cuts both ways. When JJ Clavo was murdered in Del Paso Heights, the community did not help assist in finding the murderer, and the same holds true when a young/old white man in Folsom or Granite Bay goes on a crime spree and is not shot…there will always be a bias. But neither community is helping the matter

Think Sharpton, Jackson Jr., Marcos Breton, and Benjamin Crump (the prominent civil rights lawyer) these guys decide to take a narrative they think fits the crime and run with it, and worse yet some in the media are more than happy to run with it. Examples include; hands up, don’t shoot! He was reaching for his wallet…not a gun. You can add Barack Obama too this as well saying, “If I had a son he would look like Trayvon Martin!” This did nothing but fan the flames and like anything else in this country, the partisans took sides and a screaming match ensued. Members of Congress even took to the dais and spoke about how the deceased or the police were 100% in the right and if you viewed it any other way you were a racist, or you hated the police!

In Florida, Trayvon Martin is viewed as a martyr. He attacked a night watchmen and ultimately paid with his own life. Regardless of what human piece of waste George Zimmerman (the watchman) did, we should not be honoring this kid. Michael Brown in Ferguson is getting a statue in his name and he is being compared to Martin Luther King Jr. Are you kidding me! This kid was hocked up on drugs and tried to steal a police officer’s service weapon to kill him. This guy is no civil rights icon and frankly he got what he deserved. Eric Garner in New York, he of “I can’t breathe fame.” He was a known criminal with a very long rap sheet to boot, including major drug usage. I will add, I think the police went too far, but at the same time when you have a record and a history, police treat you far different than someone with no record…check the stats. Stephon Clark in Sacramento? He had every drug in his body and quite a sum of alcohol, and now they are talking about naming a library after him? Huh?

In the cases of Martin, Brown, and Clark; those who defended them wanted to make sure their criminal histories, drug/alcohol abuse, and personal life info were not allowed anywhere near the trial, as to not cloud the judge/juries minds. However in the case of Amber Guyger (white police officer who entered wrong apartment and shot a black man), the prosecutor wanted all her texts/love life/history, everything you could think of included because…well somehow this was different. I guess justice for all, unless we wish to tip the scales!

From the first minute, they made this into a racial crime, white police officer killing an unarmed black man, and in a sense it was true. Black Lives Matter did their usual, essentially portraying all white people as police sympathizers. Guyger, in the eyes of this young, white, male, made a major mistake that night. While I believe her testimony was a large steaming pile of crap, I feel bad for her in certain ways. First, her life is over. She, like the police officers in the other shootings, will be remembered as such for the remainder of her life. God may forgive but people do not.

Second, those clapping, whooping & hollering, and rejoicing after the guilty verdict should be ashamed. It is a courtroom not a local tavern or bar. Just remember, while Guyger may have been found guilty, her family was in attendance. Imagine the officers acting as such after being cleared of wrong doing??? Then BLM shouted and took to the streets after the sentencing phase the following day…there you go again, when you don’t get your way act out! While I will admit a sentence of 10 years, likely only being 5 years served seems a little light, just remember that the victim’s brother said he didn’t want the officer to go to jail. Also, a known police officer in prison has a target on their back for the duration of the prison stay. Lastly, this is Texas, where you are also sentenced by the jury, as opposed to a judge…most people do not want to send a peer away for a long time, especially someone with no criminal record.

I have mixed feelings about a lot of this as many of you probably do too. The optics of the bailiff stroking Guyger’s hair and comforting her do not look great; as anyone who wasn’t law enforcement would be getting handcuffed at this point. I have zero issue with the victim’s brother hugging Guyger, and the two of them showing raw emotion, actually this could have been a healing moment.

I also didn’t care for the judge (Mrs. Kemp) hugging the defendant either. In this case, I do sympathize with the victim’s family. They lost a loved one and what happens? A police officer is convicted of murder, gets a light sentence, and a hug from the judge?

I don’t think many defendants have ever gotten so lucky. I have no issue with the judge giving Guyger a copy of the Holy Bible, actually in most of these cases, I believe the defendant should read the good book in hopes they can turn their life around and be a change agent. Fear not, a group has already filed a complaint about this judge for her actions regarding the Bible. Glad to see the atheists and agnostics decide to weigh in, and now the judge will face a commission investigating her actions. Were this in California, the judge would get a harsher sentence than the defendant.

This leads me to my conclusion.

Race in this country will continue to divide us, even long after all of us, the living are dead. To be very clear, America has a very rough history in regards to slavery and rights of others, but it is the year of our Lord 2019 and we are moving in the wrong direction. It will take leadership from all sides and making adults act like they have an IQ above that of a piece of lunch meat. I would like to see a citizen review commission created in place of the current internal affairs model that the police currently use. My reasoning is simple, “policing your own” pardon the pun will always be looked at through jaundiced eyes. Next we need so called “journalists” to quite the sensationalism. You are stoking the flames of hate and causing an unnecessary uprising. This goes for political types as well. So called leaders of the black community should focus on getting their people out of poverty and more importantly focus on the future. However none of this will happen. We no longer believe in the rule of law, instead we only believe in selective information that we deem to be factual. You have your “facts” and I have mine. You can look at any of the above examples and fallacies exist in every one….stoked by a media and partisans looking to push an agenda. Rather than trying to punish a white police officer, maybe take a page from the Jean family playbook, forgive and allow someone to move on? Except that is not in our DNA anymore. Everything now is “gotcha” and punishing one to atone for the sins of the whole. The charlatans such as Breton need to find real work and quit stirring up the natives. Also we need to be very wary of the prophet seeking profits (Sharpton, Jackson and Crump.) Race relations will never get better in this country until we try to move forward, and as I tell people, we must get into a car with a gas pedal, no brake pads, and no mirrors, the past is the past. Leave it there. We can never apologize enough, and frankly reparations are not a means to an end, just a temporary band aid.

Sadly Botham Jean was killed by mistake, and he will never come back to this earth, and Amber Guyger will go away to prison and will never be the same, as she will always be connected to this tragedy. Additionally how sad that we as a country used Botham Jean, Amber Guyger, and the judge as puppets in a sick, twisted game to litigate race relations.

Sound off in the comments!