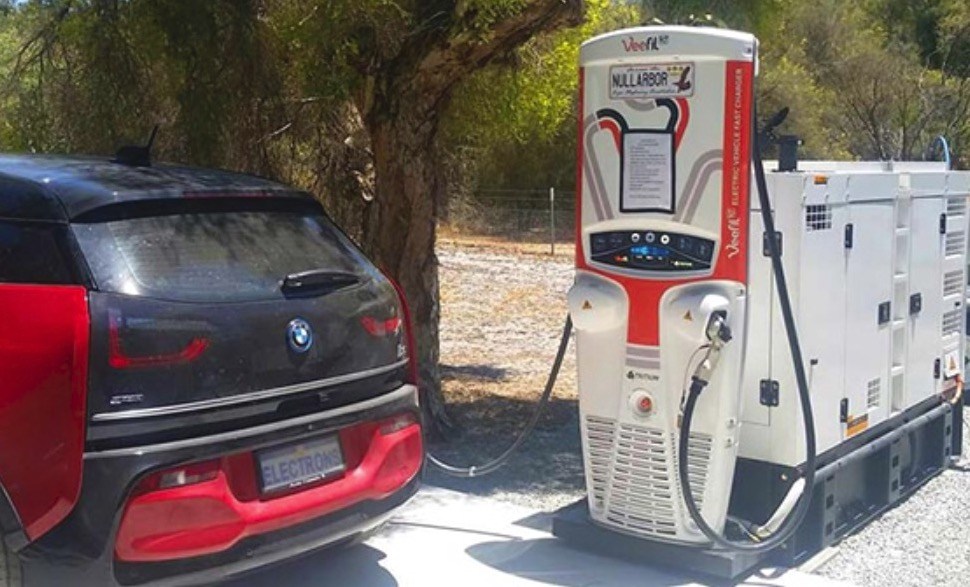 It doesn’t take a genius to know that electric vehicles are a scam based on wishful thinking and junk science plus a healthy dose of government intervention to try to manipulate markets to be more favorable to these politically endorsed ideas. If you needed a little more documentation to share with friends to prove the obvious, here are three more articles for your consideration. Oh, if you look them up, there are links in them to even more evidence.

A Tesla Model 3 is touted as a zero-emissions car by government regulators, but it actually results in more carbon dioxide than a comparable diesel-powered car, according to a recent study.

When the CO2 emissions from battery production is included, electric cars, like Teslas, are “in the best case, slightly higher than those of a diesel engine, and are otherwise much higher,” reads a release from the German think tank IFO.

“It’s better read as a warning that new technologies aren’t a climate-change panacea. Recall the false promises about corn and cellulosic ethanol,” The Wall Street Journal editorial board wrote of the study.

A study released in 2018 also found driving electric cars might come with higher emissions than diesel vehicles, largely because of lithium-ion battery production.

German researchers criticized the fact that EU legislation classifies electric cars as zero-emission cars; they call it a deception because electric cars, like the Model 3, with all the factors, included, produce more emissions than diesel vehicles by Mercedes.

They further wrote that the EU target of 59 grams of CO2 per kilometer by 2030 is “technically unrealistic.”

The reality is, in addition to the CO2 emissions generated in mining the raw materials for the production of electric vehicles, all EU countries generate significant CO2 emissions from charging the vehicles’ batteries using dirty power plants.

For true emission reductions, researchers concluded the study by saying methane-powered gasoline engines or hydrogen motors could cut CO2 emissions by a third and possibly eliminate the need for diesel motors.
“Methane technology is ideal for the transition from natural gas vehicles with conventional engines to engines that will one day run on methane from CO2-free energy sources. This being the case, the German federal government should treat all technologies equally and promote hydrogen and methane solutions as well.”

It’s becoming a joke all around the world — the EVs in Australia powered by dirty diesel. But what’s the difference?

The sign on the charger above says “Nullarbor” — the vast treeless and grid-free center of Australia — but this is actually a test site in Perth (the trees were the giveaway).

The 3,000 kilometer trip across the Nullarbor from Perth to Adelaide is such an achievement for an EV that it’s practically a news story each time one makes it.

Electric Car owners carry a chip about not being able to drive across the country as any real car owner could.

So Jon Edwards, a retired engineer from Perth, set up this test site in his backyard. He wanted to know if it could be a realistic stop-gap for our far remote roads.

To me, this looks like a chain of efficiency losses going from diesel to mechanical to electrical to battery to mechanical, but Edwards tested it with ten friend’s cars last December and estimates it works out slightly better on fuel use than just driving a diesel.

The charger is a Tritium Veefil 50kW DC (a big fast one) and took 9 hours to charge all 10 cars and used 108L of fuel. Good for fuel. Bad for time. (The 6,600km return trip across the Nullabor took 13 days in case you were wondering, though they were not in a race).

There’s a good reason EVs are only 0.2% of all new Australian car purchases — with vast distances, a fragile grid, expensive electricity and heavy towing loads.

Plus these fast chargers are like adding “20 houses” to our grid, so will cripple the system or require billions of dollars of infrastructure costs.

The dumbest thing is that as long as they run off fossil fuels, they’ll probably increase our CO2 emissions, doing the exact opposite of what they’re supposed to be doing, but yet perversely helping plants grow.

Their big environmental benefit being mainly achieved by failing to do what they are intended to do.

Makes you wonder which uses more energy in their production life-cycle a Tesla or a Humvee?

One thought on “Tesla Bad for Environment”