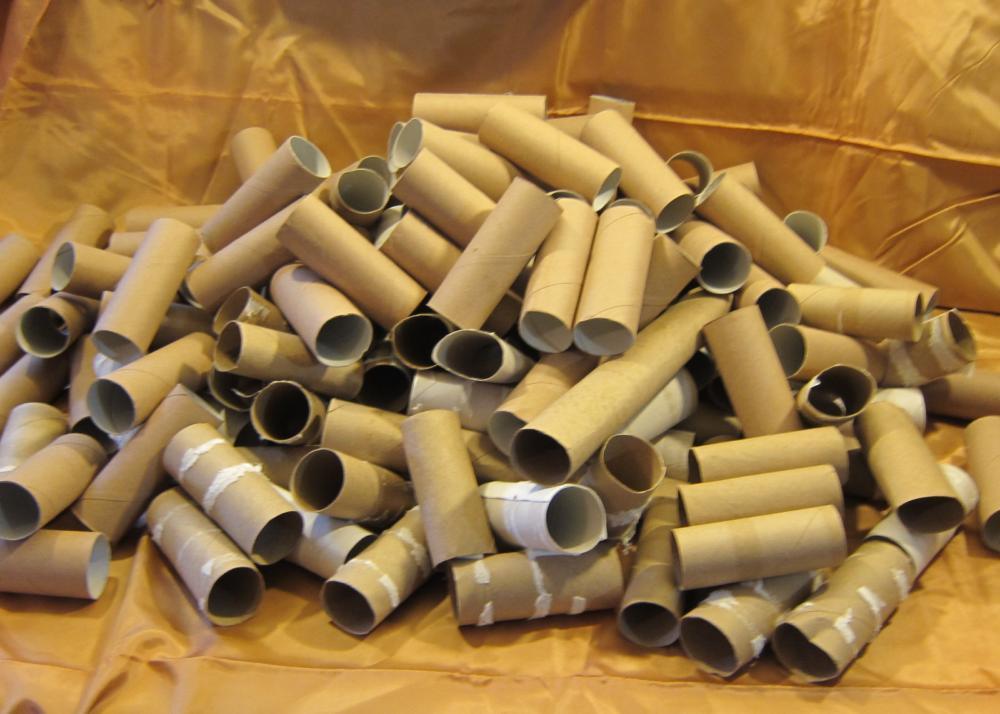 First they banned plastic bags, then straws, and now the environmental wackos want to ban toilet paper. The Natural Resources Defense Council (NRDC) has declared war on toilet paper—at least if it is soft and squeezable—and especially if it is sold at Costco.

Folks, I would argue that the mass production of toilet paper is one of the greatest feats of human civilization. Think about it, what did people do before it was invented? Commercial toilet paper was not invented until the 19th century and the first rolled toilet paper was patented in 1883.

If you recall, under Islam, a thief will have his right hand amputated. Why? Because thru most of history, the right hand was used to eat and the left to wipe your butt.

Next time you read about Jesus judging mankind at the final judgment remember this. Verses like below have just a bit more meaning when you read:

When the Son of man shall come in his glory, and all the holy angels with him, then shall he sit upon the throne of his glory: And before him shall be gathered all nations: and he shall separate them one from another, as a shepherd divideth his sheep from the goats: And he shall set the sheep on his right hand, but the goats on the left. Then shall the King say unto them on his right hand, Come, ye blessed of my Father, inherit the kingdom prepared for you from the foundation of the world:

Then shall he say also unto them on the left hand, Depart from me, ye cursed, into everlasting fire, prepared for the devil and his angels:

Here’s the meat of the article against T.P. (Oh, can I say the word “meat” when talking about environmental wackos?)

The manufacture of bathroom tissue — particularly the soft, fluffy kind marketed for American bottoms — is one of the most “environmentally destructive” processes on the planet, according to the NRDC.

“Future generations are going to look at the way we make toilet paper as one of the greatest excesses of our age,” NRDC scientist Allen Hershkowitz told the Guardian in 2009. “Making toilet paper from virgin wood is a lot worse than driving Hummers in terms of global warming pollution.”

Folks saying anything is worse than a Hummer—especially since they succeeded in getting them outlawed—is really fighting words. It communicates just how serious these guys are to outlaw toilet paper.

Toilet Paper by the Numbers

The article then goes on to introduce the math portion of this article.

The boreal forest is a vast landscape of aspen, evergreen and birch trees covering more than half of Canada, but since 1996, 22 million acres — an area roughly the size of Indiana — have been cut down to produce virgin fiber pulp, the key ingredient in premium toilet paper and hand tissues. With the exception of China, no country uses more tissue products than the U.S. despite the latter having only about 4 percent of the world’s population.

From 1996 to 2019 is 23 years. Since they can’t have complied statistics for this year yet, it is safe to say that we are talking about 1 million acres per year going to toilet paper production for sale in the U.S. market.

And of course, loggers—not having any interest in the sustainability of the forest since they work for evil corporations—would never think to replant trees to replace the ones they harvested.

Per the Canadian government, their country has 347,069,000 hectares of forest land.

Using a conversion tool found on the Internet this equals 857,626,176 acres of forest land in Canada.

Plugging these two numbers into my handy copy of Microsoft Excel yield a whopping 2.56522 percent of Canadian forest has been harvested in 22 years for toilet paper production.

Put another way, if 1milion acres a year is harvested for toilet paper and there are 857,626,176 acres of forest land then the forest will all be converted to toilet paper in a mere 857 years—assuming nothing is planted to replace the harvested trees!

Please note that this article which is critical of Canadian forest management is from San Francisco. Yes, a California based environmentalist is criticizing folks in other countries that may actually know what they are doing.

So how is forest management doing in California? California has 33,000,000 acres of forest land.

Last year, 2018, California lost 1,893,913 acres —much of it forest land—to wildfires. I don’t know about you, but the thought of wiping my back side with smoldering ashes or Charmin is a stark and clear choice for me.

California has the worst managed forest land on the planet and they want to impose their values not only on other states but other countries. Oh the hubris.

But the article yields even more nuggets of wisdom.

The boreal forest is critically important because it serves as an effective check on climate change, according to the NRDC-Stand.earth study, dubbed “The Issue with Tissue.” Cutting down millions of trees each year erodes the forest’s ability to absorb man-made greenhouse gas emissions. In addition, logging releases immense quantities of carbon safely stored in forests’ soil and vegetation.

“Most Americans probably do not know that the toilet paper they flush away comes from ancient forests, but clear-cutting those forests is costing the planet a great deal,” Anthony Swift, director of the NRDC’s Canada Project, said in a news release. “Maintaining the Canadian boreal forest is vital to avoiding the worst impacts of climate change.”

Carbon by the way is an essential element of all life on the planet except maybe a few bacteria (Unless you believe in silicon based lifeforms as found in Danish brothels or movie characters named Commander Data, Terminator, or Alien.)

The American way of life is somehow destroying the planet just so our butts can be clean and fresh.

In 2012, CNBC reported that toilet paper was Costco’s top-selling product, its “crown jewel,” with more than a billion rolls sold per year.

The three companies with the largest market shares in the tissue business — Procter & Gamble, Kimberly-Clark and Georgia-Pacific — use virgin pulp almost exclusively for at-home tissue brands. In 2017, those brands made up 80 percent of all toilet paper sales in the U.S, a study published in Statista found.

Oh, let’s consider the so-called virgin forests. Words have meaning so I guess the virgin forests are raped by the evil corporations. The virgin forest is defenseless and thus needs to be protected by guilty Western Liberals that have benefitted from the progress afforded them by Christianity and its economic engine, Capitalism.

Oh, if nature is so superior, sacrosanct, and needing to be followed, why do us humans put out the fires that nature starts that burn her own forests? Aren’t forest fires part of the natural order? Why should we not bow at the power of nature? Who are we to interfere with this goddess? Isn’t this the lesson; nature knows, man interferes?

Most of the world does not enjoy the luxury of toilet paper and those that do rarely get as good a quality as we can buy. When I was in Europe many years ago, all you could buy was stuff that looked like the crape paper used here to decorate for parties and felt like sandpaper.

These attacks are yet another attempt to limit people’s freedom, take our way of life down a few notches, and give more power to the State. If people in California really cared about the forest they would allow timber to be harvested and properly managed. Much of what passes as old growth or virgin wilderness in various parts of the world really is not, but once cultivated land that has gone feral from neglect.

This issue is very much a religious one. If you believe the Bible then you can’t be a rabid environmentalist or statist. God commanded man to make the whole world into The Garden. This mandates us to manage the planet and its resources not neglect them and let them burn.