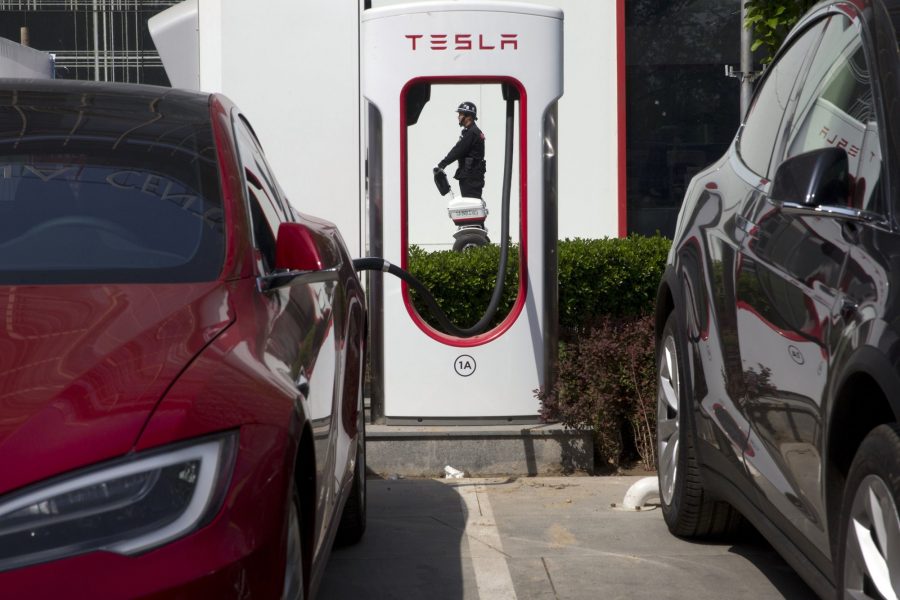 Tesla sold 244,920 vehicles in 2018 and some on Wall Street said they were the number two US automaker–up until Ford’s quarterly financial report was released this week. What a crock.

The math is this; Tesla sold four percent as many vehicles as Ford and people said Ford was the number three automaker.

Folks, we don’t even know if Tesla is selling their vehicles at cost let alone making a profit. Ford is outselling Tesla by a huge amount. Ford sold 5,737,080 more vehicles than Tesla and somehow Elon Musk is our role model?

Both my buddy with the Chevy Volt and my future son-in-law who owns a Tesla, have the same problem. Namely, where to charge the vehicles.

My buddy with the Volt says he tried to go to Oregon with his Volt and found that he was stuck near the I-5 corridor because there was no place to charge the car once you got away from the Interstate.

Tesla is s finicky vehicle. It has three charging modes: super-fast, medium, and super slow. My son-in-law candidate drives to Elk Grove from the S.F. Bay Area to see the daughter. Before going home, he must drive to the Arden Fair Mall because that is the only fast charging station in the area. After charging the Tesla for 45 minutes to an hour, he can then go home. Please understand that this means that he drives over an hour further to get to the mall and back for the privilege of charging his car. This charging evolution adds two hours to every visit that he makes here for the privilege of driving an electric car.

If you fail to use the Tesla installed charging stations, then plan to wait several hours—like six or more—to get a decent charge on the car. Lest you think I exaggerate, check out this story of a guy in New York that took his son to camp in a demonstration Tesla Model S given to members of the media. Here are excerpts of his travelogue.

I’ve screwed up my range calculations. We don’t have enough to make the closest partner charging station. The car was warning us of this, but we needed to get the boys dropped off on time. So we took a chance and ended up ALMOST RUNNING OUT OF GAS, er … ELECTRICITY!

There’s a cable in the truck of every Tesla that enables you to charge on the fly. But there are no high-speed charging options up here in the middle of nowhere in the Catskills. So we had to resort to the slowest option, good old 120-volt, wall-socket-level rejuicing.

You plug into this small charging port at the left rear of the Model S.

… but we’ll be getting only 1 mile per hour of charging! That’s mega-slow.

A few hours, a few more miles in the battery, and we have enough to head back through the lovely scenery to find lodging — and charging — for the night.

By the next morning, at a charging rate of 3 miles per hour, we have enough juice to make the closest partner charging location.
We’re plugged in …

But this time, we’re charging much faster. In a few hours, we’ll have enough power to get to the closest Supercharger location.

Link: A year ago, I had an epic adventure in a Tesla Model S — here’s what happened

Short version was that failing to charge the car resulted in an additional day of travel because it charged so slow.

Many early adopters of electric vehicles think that one big advantage is avoiding paying gasoline taxes. I’m here to tell you now that “Big Brother” is completely aware that you aren’t paying your fair share for road maintenance and has plans to remedy the situation. Soon Tesla owners will be introduced to the long-rumored mileage tax. Yep, you will be billed for each mile travelled by the electric vehicle that you drive.

Thanks to folks like the Chinese; government now has the power to track electric vehicles (and probably internal combustion powered ones too) via GPS. So, you won’t even have to do paperwork, you will be issued a mileage bill from government each billing cycle. Oh, I’m sure they will be happy to receive their funds via autopay.

For some folks, Elon Musk can do no wrong; however, I’m not a believer. America flirted with electric vehicles over 100 hundred years ago and the internal combustion engine won. In a free market, I think that same outcome would happen today, but our markets are anything but free.

Government is willing to put their thumb on the scale to help Musk, but I don’t think that gets this technology over the finish line. They just give him an unfair advantage in the short run.

Until electric power is plentiful and readily available, such technology is a novelty. Sadly, California is moving away from readily available energy and towards limited options at higher prices. They are restricting the market not unleashing it. Socialist utopias are like that.

If I had the money, I would buy a Tesla, disconnect the battery, wrap the car in plastic and hide it in a non-descript barn for 150 years, then it might be worth owning; otherwise, I’m sitting this revolution out.