ESPN, and its group of wanna be hosts are at it again this time from the reliably wrong Jemele Hill. 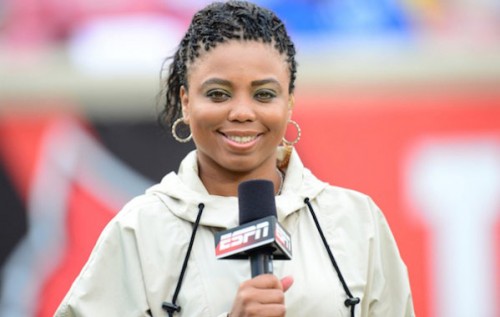 Hill who has some serious issues with white people in this country went on a Twitter rant in regards to President Donald Trump the other day.  I am going to embed all the tweets for your viewing pleasure. 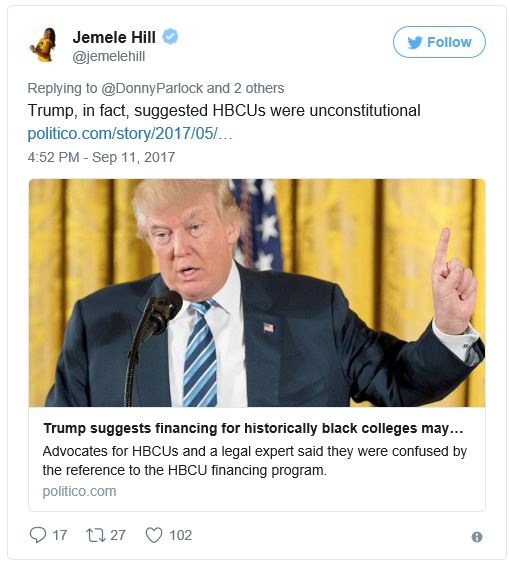 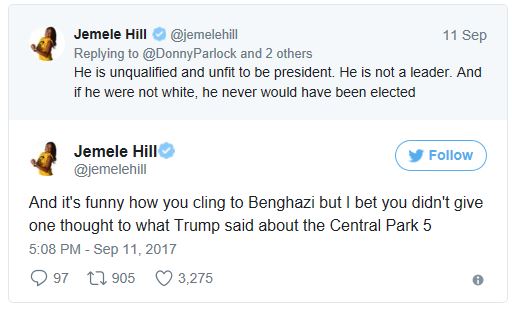 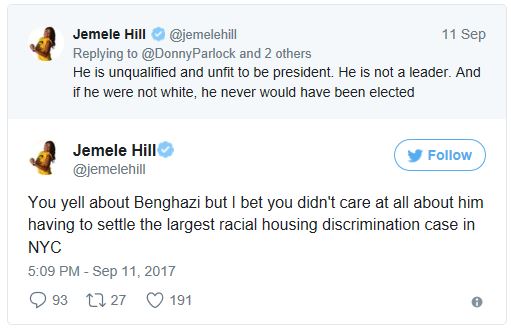 Sources (nobody published the whole thread, but the above is a composite in chronological order)
Yahoo: ESPN Scolds Jemele Hill for Calling Trump a ‘White Supremacist,’ But Stays Mum on Discipline
MSN: Jemele Hill Hears From ESPN After Calling Donald Trump A White Supremacist

Now let’s have a look at the response from ESPN:
I’m not going to address Jemele Hill and her worthless, useless political rant, frankly it doesn’t disturb me.  Hill isn’t smart enough to think for herself so she gets her news spoon fed to her by any outlet willing to do so.  Because truth has become negotiable in this country Hill is entitled to her opinion I guess.  What I am more bothered by is the response from her employer ESPN. 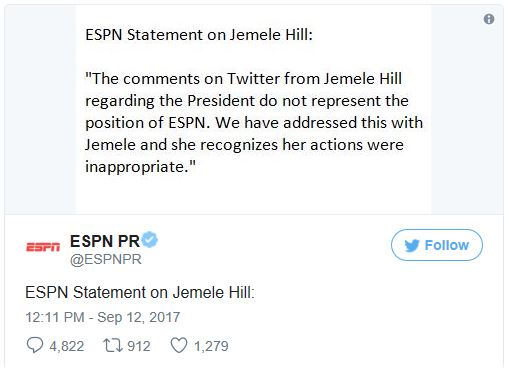 Notice it says nowhere about any discipline to be faced by Hill, it says they are handling it internally.  So a radio host (Rusillo) gets wasted and he is off the air for a week and a half, yet a politically fueled disaster of a Twitter rant gets…..well nothing apparently.  This is because Disney doesn’t like Trump either so as a result this will go unpunished.  Also no apology from Hill, which tells me Disney said nothing to her.  No real surprise here, political bias is only allowed if a Republican is in office.

Unsolicited advice to Hill, next time you get wasted or just feel like spewing random baseless hate maybe try to avoid Twitter.

PS I’m going hard after Equifax this week, be warned!