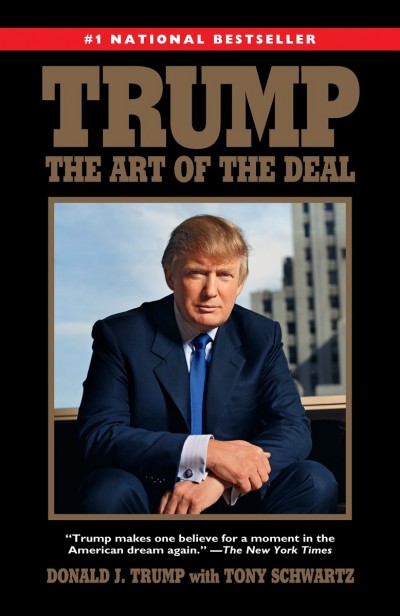 Only idiots like Paul Ryan and Mitch McConnell couldn’t see this coming. President Trump is now working with Nancy Pelosi and Charles Schumer to get parts of his severely gridlocked agenda back on track. Yes, the author of The Art of the Deal is beginning to school the political class on how to actually get stuff done in Washington. Specifically, Trump is making a deal with Democrats on the debt ceiling to get parts of what he wants thru the Legislative branch.

Will he give up on free-trade Republicans to work with Democrats to protect U.S. jobs and businesses from predator traders like China?

We could be looking at a seismic shift in national politics, with Trump looking to centrist and bipartisan coalitions to achieve as much of his agenda as he can. He could collaborate with Federalist Society Republicans on justices and with economic-nationalist Democrats on tariffs.

Not since Ronald Reagan was President has anyone purposely had to make it a practice of reaching across the political aisle to get their agenda adopted on a large scale. Likewise, Reagan bypassed to media and went to the American people and Trump is following a similar model.  But Trump is even more brilliant than that because by openly working with the Democrat Leadership and actually getting substantive things accomplished he is making it virtually impossible for anyone to run against him next time. Why? Because if Democrats are working with him, how can they campaign against him as a bad guy? They are standing with him at all the photo ops at the White House.

Meanwhile, Congressional Republicans are baffled and extruding brilliance such as this:

“Nobody does policy better than Speaker Ryan, but we do have to transition to the place where it’s not just about vision-casting, but it’s about execution,” said Rep. Mark Walker, R-N.C., chairman of the conservative House Republican Study Committee. “I think with any coach, team, business or ministry, whatever it may be, I think the ones calling the shots have to bear some of the responsibility.”

“He wants to be a popular president. He’s a conservative populist. That means at times, if Republicans don’t deliver legislation that he can sign on the critical matters that he campaigned on, he’s going to look to move the ball down the field with another set of players,” said Ingraham to host Sean Hannity.

“If they do not get tax reform done, they are done. They are finished.  Paul Ryan came out today and had an extra special spring in his step on tax reform. It’s funny what Trump working with the Democrats will do to the Republicans.”

Laura Ingraham: Republicans ‘are finished’ if they don’t get tax reform done

If Trump can get things done building coalitions then great, but I still say that he will be working to get new faces elected to Congress and incumbents will not be given a free pass to be sent back to Washington. Look for him to be reshaping the Republican Party and draining that swamp too. It will not get the media coverage that it deserves until it has happened but I’m confident that it’s in the works. Unlike Obama, Trump knows that in order to keep his accomplishments in tact long after he leaves office, he needs to get them thru the Congress not just issue Executive Orders that can be rescinded at a whim.