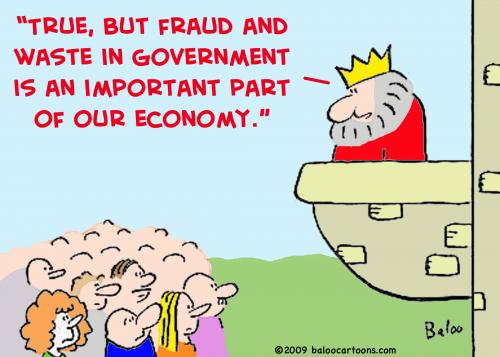 Aaron Park circulated a series of campaign tracts to members of the CRA Board and then posted them on his blog on April 17th. This begins my analysis of Aaron Park’s political tracts.

Why the push for a May 30th Board Meeting to Oust George and Aaron?

The push for the May 30th meeting was begun by John Briscoe. He backed down and seven of the CRA VPs and some others felt that the meeting was overdue. The meeting after the CRA Convention was not valid—no quorum was established—and the necessary appointments needed to fill Committees created by the Bylaws were left vacant. The Parks were not invited to this conference call because their fate was part of the discussion.

Prior to resigning, Briscoe had asked the Parks to resign several times.

I go thru all this to say that Aaron does have reason to feel that the May 30 meeting is to oust him and his brother. They can still resign from the Board, that way they might stay in CRA but be confined to Placer County. Some say they have burned that bridge too and they just need to go.

And this brings us to the main topic of this tract, the alleged fraud of Santa Clarita RA. Aaron proclaims:

It is simple. Alice Khosravy, Wendy Albright, David Gauny, Dana Schlumpberger and John Rogers from the Santa Clarita Valley RA are hiding something huge. They along with Mark Gardner, Tim Thiesen and Carl Brickey want George and Aaron Park out of CRA badly:

Why, because – “over 10% of the SCVRA’s Membership is fraudulent.”

Ok, let’s define terms and then see if Aaron’s claim holds up.

Fraudulent: The description of a willful act commenced with the Specific Intent to deceive or cheat, in order to cause some financial detriment to another and to engender personal financial gain.
http://legal-dictionary.thefreedictionary.com/fraudulent

The same website also defines Specific Intent: The term specific intent is commonly used in criminal and Tort Law to designate a special state of mind that is required, along with a physical act, to constitute certain crimes or torts. Specific intent is usually interpreted to mean intentionally or knowingly.

So, if we combine the two then fraud is: The description of a willful act commenced with the state of mind to intentionally or knowingly deceive or cheat, in order to cause some financial detriment to another and to engender personal financial gain.

I will stipulate that “financial” is not the type of gain that Park is alleging here so what can it be?

I don’t think bragging rights to who has the largest CRA chapter is the issue so I can only conclude that the fraud that Park is alleging is related to Convention delegates.

Look at the CRA Bylaws:

Section 11.06. Representation and Quorum. Each chartered Republican Assembly in good standing shall be entitled to select Delegates to each CRA Convention as follows: three Delegates for the first fifteen members and one Delegate for each ten additional members. Representation shall be determined by the records maintained by the Membership Secretary, as of thirty days prior to the Convention.

So for each ten members, Santa Clarita Valley is entitled to another Convention delegate. Assuming Aaron it correct that twenty odd folks should not be on the Santa Clarita rolls, then The Santa Clarita could send an extra two delegates to the convention.

So at this point I think it is fair to ask, did Santa Clarita send delegates to the Convention that they were not entitled to send?

Unfortunately for Park, Santa Clarita could only muster twelve delegates. Therefore, Park would have to rule out all other possible errors in the membership records and then disqualify fifty members before the delegate count might qualify as fraudulent. Plus he would still have to prove knowingly deceiving or cheating.

Now please remember that the Credentials Committee was not allowed access to the membership records to verify any delegate counts because George Park did not want the privacy of member records to be breached and for any membership information to become public.

Or was it just to keep the Placer RA records from scrutiny? You see this issue cuts both ways. Credentials had reports that Placer was the group cooking the books and when folks expressed interest in their records that’s when Park pulled the plug on any access.

The other issue that may be at play here is that George invoiced clubs all over the state for membership dues in 2015. These dues were based on old membership lists and his only instructions to the chapters was to add new members and pay the balance. He did not asked that people that had not paid dues be deleted or the list of members be verified before submission.

My chapter was invoiced for 35 members but only 24 had renewed their membership. Thus George’s membership roster contained a 31 percent error from 2014 to 2015. The membership difference in Santa Clarita seems to be within this margin of error.

But again, George was OK with the Santa Clarita delegate number 30 days prior to the Convention and had there been a problem it should have been given to the Credential Committee and not to his brother 30 plus days after the convention.