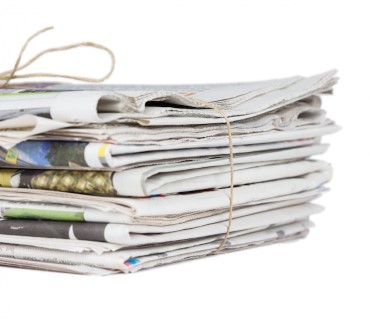 Yep, today I have decided to clean off all the unposted things that I’ve been saving to write about but never got there. I hope you find a few funny and others interesting.

The following was posted on social media a few months ago. It is a news account of a Russian general being killed in the Ukraine war.

In the opinion of some, there was a shadow over this report. Some said the news was tainted. I sought the original post on the Ukraine news site but was unable to find it.

Next is a meme that I found on the website Gab.

Microsoft has now confirmed signing a malicious driver being distributed within gaming environments.

This driver, called “Netfilter,” is in fact a rootkit that was observed communicating with Chinese command-and-control (C2) IPs.

The driver in question was seen communicating with China-based C&C IPs providing no legitimate functionality and as such raised suspicions.

This quote is the gold standard of the Covid lies.

“I knew these vaccines were not going to protect against infection and I think we overplayed the vaccines,” Birx told the Fox News Channel’s Neil Cavuto.

Another Covid atrocity is this photo which I found many months ago. I call it “Really Wrong”.

I found this gem on my Microsoft account. Don’t know how they found me here.

Could this be the proof that I’m more Indian than Elizabeth Warren.

Here’s two stories from a different perspective that talk about Russia versus the West.

Apti Alaudinov, the commander of Chechen forces fighting for Russia, praised Russian President Vladimir Putin’s invasion of Ukraine, calling it a “holy war” against the “Satanic” values of Europe and the United States as well as the LGBTQ community.

Alaudinov made the remarks during a recent segment of Russia’s state-run Russia-1 television channel. A clip of his remarks were shared to Twitter on Sunday by Julia Davis, a columnist for The Daily Beast and creator of the Russian Media Monitor. Chechnya, where Alaudinov hails from, is a Republic of Russia under the jurisdiction of Moscow.

In his comments, the Chechen commander praised Putin for standing up against the West and NATO, describing them as evil. He praised the Russian president for preventing LGBTQ rights from advancing in their country, contending that the fight in Ukraine was a war against the marginalized community.

Alaudinov noted that he is “grateful” that Putin is following the values of “the Most High,” referring to God. “We are not under the flags of the LGBT and as long as he’s alive, we won’t be under those flags.”

To my knowledge, I am the only culture war analyst in the world who contends that the current Russia/Ukraine war started not with President Putin’s Feb. 24, 2022. “Empire of Lies” speech, nor with the Obama/Soros-orchestrated Maidan coup on Feb. 22, 2014, to replace pro-Russian Ukrainian President Viktor Yanukovych with their own stooge, but with Vladimir Putin’s signature on June 30, 2013, making the LGBT propaganda ban the law of the land.

More than any other factor in the vast constellation of geopolitical rivalries and concerns, that single act declared the Russian Federation an enemy of globalism, and more importantly in the realpolitik sense, an enemy of the megalomaniac “closeted” homosexual Barack Obama who, even then, had done more to advance the global LGBT agenda than any other living man.

Can Christian Russia save the world from globalism?

In other news, the “Velvet Sweatshop” a.k.a. Microsoft has digitized most of the world and made the data available for free. Sorry, I didn’t check for the accuracy of Area 51, but you’re welcome to look. However, I’m sure North Korea can now accurately target your house using these same geolocation tools.

Did you know that the first fatal nuclear reactor deaths were in the United States in 1961?

Yep, Jane Fonda was still in braces when this happened. This article is a good read. I think the Sith Lord would find it interesting. Also, any of you Navy Nukes that did prototype training in Idaho will find this of interest.

ATOMIC CITY, Idaho — People in this remote, high-desert town still talk about the alleged mysterious love triangle that, 60 years ago, triggered a murder-suicide — and resulted in the world’s first fatal nuclear explosion.

The accident never got the same attention as Three Mile Island (1979), Chernobyl (1986) or Fukushima (2011). But the sensational story behind it lives in infamy, even though some experts believe it may have been made up by government officials.

Was the world’s first fatal nuclear explosion really sparked by a love triangle?

The SL-1 disaster led to the demise of the Army’s nuclear program and its plans for “mobile reactors.”

Here’s a link to the book. Idaho Falls: The Untold Story of America’s First Nuclear Accident

More proof that the ancient world was not what they taught you in school. The gizmo in this article is super cool.

Great mysteries are meant to be penetrated and one of the most fascinating is the 2,000-year-old computing machine known as the ancient Greek Antikythera Mechanism.

This intricate, bronze clockwork device was first discovered by Greek sponge divers inspecting a Roman-era shipwreck back in 1900 near the island of Antikythera in the Mediterranean Sea. Since then, scholars and historians have speculated as to the exact nature of its precision Steampunk-like workings.

Now a team of scientists and researchers at University College London (UCL) has uncovered a significant piece of the puzzle that comprises this fascinating astronomical calculator, which is thought to be a hand-cranked mechanical contraption used to predict astronomical events and heavenly logistics.

The Antikythera Mechanism is considered to be the world’s first analog computer and perhaps the finest feat of engineering ever to emerge from that era of antiquity. No equivalent machine was created until at least a thousand years later when craftsmen built medieval cathedral clocks.

This 2,000-year-old device was fabricated using a complex intermeshing of 30 surviving gears and was harnessed to not only predict the positions of the Sun, Moon and the planets, lunar and solar eclipses, and astronomical phenomena, but also dates for the ancient Olympics.

If you aspire playing 4K Blu-ray disks on your computer, here’s some news you need to know.

There is no greater acknowledgement that we have moved on from physical media than Intel dropping support for them from their latest processors.

The first laptops without DVD drives were being released around 10 years ago, but until the 12th generation of Intel’s processors, the company still included support for the SGX (software guard extension) DRM technology needed to decrypt the discs.

This is no longer the case, as Intel confirmed in the spec sheet for the 12th Generation processor.

Last but not least are two stories on the financial failure that is the State of California. Yep, sorry Gavin lovers—not that I know of any—but all this talk of budget surplus is BS for gullible voters and the children running Silicone Valley.

Oh, the following is from a year and a half ago and its only gotten worse.

So we sued the State of California to get the records that are legally required to be made available to anyone who requests them.

Our initial request on Aug. 23, 2019 was ignored, and follow-up letters in October and November were finally acknowledged – 11 weeks after the first request, a violation of state open records law.

Our request was later denied, with Yee saying that they were “unable to locate” the evidence of payments that her office made and that it did not track payments that went through other state offices.

In 2018, Yee’s office paid 49 million bills totaling $320 billion in payments. While she made the payments, she claims she cannot track the payments.

The State Controller’s Office is the worst agency in the State of California. Trust me because I’ve seen this in the private sector. If you only count your revenue and don’t include all your expenses, you think you have a huge profit (revenue surplus). It sometimes takes an outside set of eyes to set the record straight. When government denies such oversight then it has something to hide.

In 2018, California resident Steven Childs wanted to know how much the state paid to a single vendor over a five-year period. Instead of the data, California Controller Betty Yee sent him an invoice for $1,250. Childs asked more questions and the Controller’s chief counsel, Rick Chivaro, admitted the state held electronic records and “warrant records” akin to “maintaining a checking account online.”

Today, in a Sacramento superior court, the controller denies having a checkbook and claims the warrant register doesn’t contain vendor information. The Golden State is the only state in the nation not to produce state spending under open records laws.

Our organization at OpenTheBooks.com is battling the controller in this case over our freedom of information request for the entire line-by-line state vendor checkbook. When the controller rejected our request, we sued.

Furthermore, the controller now claims that transparency itself is an “undue burden.” She swears it’s necessary to take 72,000 work hours to go through each of the 50 million payments by hand.

Here are some of the arguments Yee is making to stonewall our request:

Do we have a representative republic if the representatives get to hide all transactions from the people—and claim that it’s for their own good?

Controller Yee acts like she has something to hide. Here are just a couple items we learned during discovery about how taxpayer dollars are spent by the controller:

1. Using paper and string. An estimated 200,000 bills — submitted only on paper — were paid during the fiscal year. Incredibly, the justification for each payment contains even more paper — between 15-20 pages and is bound and physically tied together with string. It takes 7-10 minutes to deconstruct, copy, and reconstruct each file.

2. State agencies submit employee reimbursements and supplemental payments to the controller without payee information. The controller provides the money with no accountability and no auditing.

The controller makes state payments, is compelled by the state constitution to audit them, and therefore must be able to track those payments. Any responsible entity that makes a payment can track the payment. It is the minimum standard in any basic accounting system.

In California, the controller has frequently blamed their outdated systems that store records on paper, microfiche, and electronic tape. Yee even admitted that couriers with manila folders run demands for payments from state agencies. Is this ancient Rome?

California Is Hiding $300 Billion A Year In Spending From The Public, Claims It’s For The People’s Own Good

Original article from Forbes is here.

Oh, by the way, I have been in the room where the paper and string claim schedules are processed. This is 100 percent true and as a State employee, I’ve made and submitted many of these during my time working for the state. Oh, the string must be on the correct side of the Claim Schedule packet, or it will be returned to you rejected and unprocessed. Also, the knot on the packet is a bow just like when mama taught you to tie your shoes. If the knot is wrong, it will be returned to you—again rejected.

This is how government in the heart of the alleged technology capital of the world is really run. Be afraid. Be very afraid.