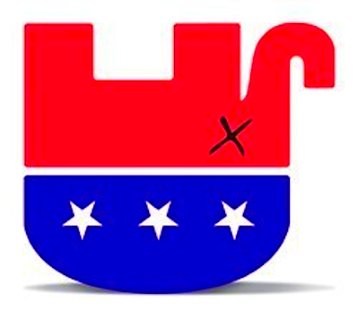 I’m a glutton for punishment.  I left the CAGOP and here I am giving them advice… of course they won’t listen as I am now an outcast in their eyes.  I know this for fact, as I have lost a couple friendships over it, of course they don’t see it my way, they see it as quitting.  I see it as sending a message, something they will not/refuse to do.  Frankly if I lose your friendship over my political party of choice eat my nuts.

Here is how to fix your Party…. don’t listen you might actually start winning seats again.