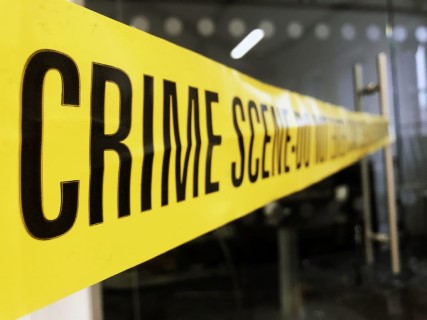 You may have read the headlines from over July 4th weekend, but if you didn’t, it wasn’t just fireworks being shot off.  We had yet another shooting in the hometown of this blog, to go along with the typical bloodshed in LA, Chicago, Philadelphia, and well any other city in the USA.  Some may ask what the story is?  Others may blame it on Democrat big city policies, the answer lies somewhere in between.

The murder “pandemic” is a direct result of the “plandemic of Covid.”  Notice my spelling of the word “pandemic” there.  It was planned and was deliberate.

Lock-downs = mental Health Crisis.  Make no mistake, I care about people’s health and safety, but the rules were so “willy nilly” it was laughable.  Everyone became an epidemiologist, and we decided the lockdowns needed to continue.  My favorite was the slaughterhouse needing to be open (the kill floor) while the administrative floor was shut down.  Long lockdowns led to some folks becoming lazy and permanently leaving the workforce, others went nuts due to long periods of not doing a damn thing.  Others had to work and couldn’t take a day off leading to burn out unheard of.  Try being called “unessential” for months on end.  Try being forced to work while the managers cower at home.  This has led to a crisis in mental health unseen before.

Solution: There really isn’t an easy one.  We have zero as far as mental hospitals go, and frankly once you hit 18 in California, you can sign yourself out of it sight unseen.  All we do in the country is give out a diagnosis and a pile of pills.  We are good at billing insurance, until the benefits run out for the year.  Outside of that it’s; more pills, stronger pills.  There is nothing we can do in this country for your mental wellbeing, except maybe get you to the other side of the road if you are playing in traffic.

Lack of father(s) and God in people’s lives.  In Philadelphia 2 of the suspects who killed that 73-year-old man with a traffic cone were; 10! And 14! Years old.  Yeah, seriously WTF!  The good news is they will be tried as children and will be out when they turn 18, or likely sooner.  These children are likely from a fatherless household, and one who lacks religion of any variety.  These children have no role-model, never learned good vs evil, and as a result run amuck at night as no one is home to watch them.  Most in the black community do not have a father in their lives growing up, is it a coincidence they have the most crime?

Defunding the police:  Ah yes, the far-left viewpoint on how to stop crime, take more folks with a badge and gun off the streets!  They are trying to reverse this but the attrition and lack of those wanting a career in law enforcement is obvious.

Liberal DA’s: Another left wing “solution;” deciding to try someone as a juvenile, or not add enhancements to sentencing is a slap in the face to the victim’s families.  Early prison releases get filed under here as well.

Hardened gangs spreading from the West Coast: This is a real large problem.  Back when I was 18, I went on a ride along with the local police department.  The senior officer I was with lamented that the department would eventually be overwhelmed by gangs from the Bay Area.  Specifically, he said it’s the mentality they bring as opposed to gangs locally.  He explained the local gangs cared more about drugs whereas the Bay Area ones cared more about defending turf and killing rivals.  Notice how we have shootings involving illegally modified weapons now and our police cannot keep up?  Also keep in mind half of all the violent crime in the Sacramento region happens in a 7 square mile area.  Draw a line from Valley High to Meadowview, Oak Park and Akali Flat this is where the crime exists in this county in large numbers, yet the police will do nothing about it.  The problem is the crime is slowly spilling out to other area’s and becoming far more deadly.  This is because the police in outlying areas have no idea how to react to more hardened criminals.

The crime is now in basically every city, small, medium, and large.  Despite what Fox and its hosts have to say, the crime is all over.

How to stay safe:

It’s actually quite simple, believe it or not.  Avoid being out after 11pm, it’s a no brainer but maybe not really.  Bad things tend to happen after 11pm and trust me, if you are out and about, trouble will likely follow/find you.  Avoid any night/dance/strip clubs.  Again, if you ain’t an Uber driver, and you aren’t “just visiting,” keep your butt away. Violence tends to occur here after a night of drinking/shenanigans.  Keep to yourself, this is an easy one; don’t stare, engage, speak to, or confront anyone.  Most of the time they won’t mess with you if you keep to yourself.

Trust me, I used to take the train home from college, boarding at the Richmond, CA station, as a very Anglo male.  I lived, you can too.  It’s not that hard.  The bad guys prey on targets who they see as weak or “tryin to start somethin’.”