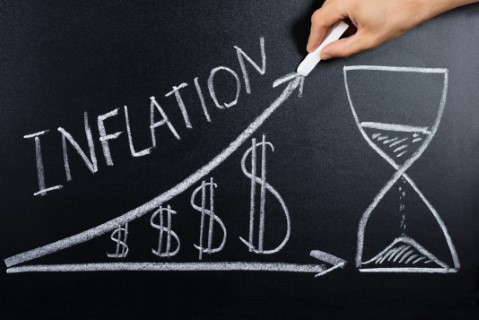 Folks/sheep you may be hearing the word transitory in regard to inflation, the White House started it, the media ran with it.  No one questions it because “hell far covid done did this.”  But they are ignoring the problem…. this inflation was not caused by one person or party, and contrary to the Fox News thumpers, the GOP has no answer.  This inflation was caused by about 16 years of economic and monetary policy failures.  From W. Bush to Obama, to Trump and now president Depends, we have had a 0-rate economic policy at the Fed.  This means banks could borrow the money for essentially no cost and could artificially keep borrowing costs low.  Meaning your credit card, mortgage and car loans were essentially free, speaking in terms of what rates used to look like.  To give you an idea, in 1986 my parents bought their first house, the interest rate was 9.5% and that was viewed as a screaming deal back then.

But now things are only temporary, just trust the media.

The reality is the zero-rate environment caused massive “Ponzi-like scheme” in many areas of our economy.  What happened is the Fed Reserve gave folks no reason to save or “have cash on your balance sheet.”  This went for both people and corporations.  Corporations borrowed money to buy competitors, buy back stock, or buy startups.  They also took on debt for reasons so they will not be viewed as an acquisition target.  CEOs did this because, well we need the stock price to go up, and everyone is doing it.

For people, a low-rate environment caused a “keeping up with the Jones’” mentality on steroids.  You could no longer earn any return on savings so “liquidate it and toss it in the market!”  The sheep followed, because their friends were making a killing.  The market kept going up….so why the heck not?    Your 5K in the bank was earning $.03 a month in interest.  You didn’t need a new car…your spouse didn’t either, but very low financing!  You didn’t need that house, but again the payment works.  So now you have 2 car payments, and 2 mortgages on that house, because…. well, we needed a pool, hello!  To go with rising food, and gas prices.  Wages are only up for the people at the lowest rungs (minimum wage) and folks at the top, most of the middle has gotten little to nothing in the form of an increase in the last 3 years.  So, you are getting squeezed, credit card debt is piling on.  You would have ditched eating out, but you can’t cook.  As you have noticed, the food is no longer cheap, a burger (2 patties) x2 and a small fry at Five Guys set my office partner back almost 20 bucks.  By the way, no cheese or bacon, the toppings are unlimited and free.  Also, no soda.  $20.  At a place you drop the peanuts on the floor mind you.

Now the stock market is beginning to crater?  You don’t say?  Tesla, and other stocks selling for a million times their earnings.  No way?

Sure, I have lost money in the stock market…I am no Warren Buffett.  I own zero crypto as that is a major Ponzi scheme…. think about it.  Bitcoin and the like are based on high inflation, debt, and stock markets tanking.  Why is bitcoin at a low as well?  Of course, you cannot answer, but buy more, you’ll retire at 40.

Yes, we are experiencing a massive correction.  It is long overdue.  We have been in a very long bull market for about a decade.  Stocks are at never-before-seen levels.  Rather than investing in companies who make money, we invest in crazy start-ups with virtually zero earnings to speak of.  We have credit card balances at record highs.  Your mortgage?  Well, you now need to re-finance at a higher rate.  You now realize you do not need the pool, yet you have 20 years on that second mortgage.  You hate your cars, but prices are at an all-time high, rates are also not zero.  Your fence fell over, and you have no savings because you put it all in the stock market.  There is no baby formula, and your wife isn’t working because you guys popped out another kid.

The above example is not as extreme as you think.  A survey by CNBC showed nearly 2/3 people live paycheck to paycheck.  Most bought more home than they needed and overreached on their cars.  Their credit is shot, and now the bank won’t be taking a minimum payment.  You need liquidity, and the market is falling, so you sell at a loss.  It’s going to get ugly folks and quickly.

The good news is for people like me and others, we get to pick the best choice cuts as the US gets butchered.  I have no car note and might be in the market for a Camaro or Corvette here soon.  I don’t need a bigger house, but since mine is about half paid for, I may look out of state (following a very smart person I know AKA Blog Father).  As far as stocks, I buy in each month, and have a mad money account for which to buy companies on sale (separate from my IRA btw). The companies I own make things, and make money, not a wild bet on a gas free future like Tesla.  I’ll be acquiring things while you hold a fire sale.  I love it.

I am most definitely not perfect, however the government dubbed me as essential, and I’m going to take advantage.  Hurry trade in that Toyota Camry for a Nissan Altima, 8-year car loan at 12% interest is a smooth move.