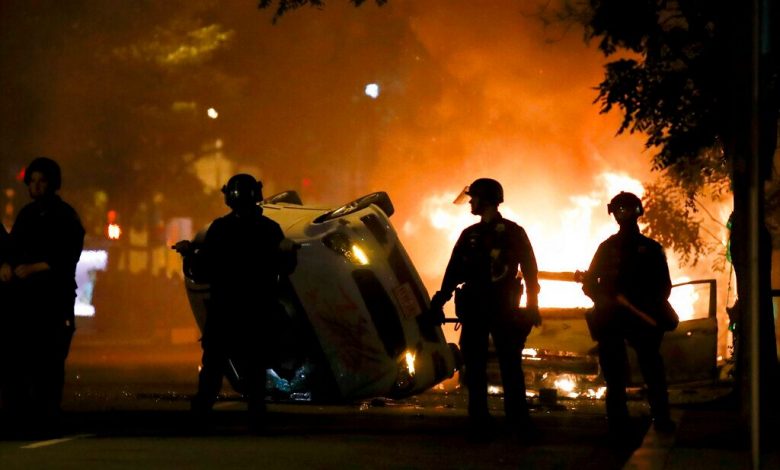 Editor’s Note: This was sent to me prior to the beginning of today’s Black Friday looting in select markets.

As the country waits with bated breath as the jury in the Kyle Rittenhouse trial debates his faith.  Will he walk?  Be found guilty?  Or will the jury split the baby?

Sadly Mr. Rittenhouse is not at fault for his actions, and he is being slandered in the media.  Most are calling him a racist, even though he shot 3 white men.  Others are calling him a deranged far right anti-government zealot when zero proof of that exists.  Some are even saying he crossed state lines with a banned firearm…also not true.

Mr. Rittenhouse is guilty of one thing, being a hardo.  The optics of him walking about with the AR-15 slung over his shoulder were unnecessary.  However, he had no choice, as the local government failed.  Government, much to the dismay of Tea Party/BLM types, has a role in our lives; it is to keep us safe.  In Kenosha that did not exist.  The local Police and City Leaders decided to stand down and let the protestors create a chaotic scene.  When “reasonably prudent persons” (it’s a law school term for a normal person) decide the government won’t protect them, they arm themselves for protection.  When an angry mob is running amuck, like we have seen so many times before, normal folks get scared.  Look no further than the scene at the CHAZ or CHOP in Seattle.  In that autonomous zone, people were killed as paramedics and police were not allowed to enter.

Where was the local government?  Where was the governor?  They allowed this mob to run amuck.  I saw a similar mob in Sacramento, they tried to throw a Molotov cocktail into the DA’s office.  They tried to enter and burn the local jail.  Mayor Darrell Steinberg told the police to stand down.

The situation descended into chaos and as a result, we have abandoned store fronts, and businesses with boarded up windows.  Folks like us here at the blog refuse to travel there because the situation could get chaotic again and any time, and we have no trust in the local official’s will to do anything about it.

While I disagree with Mr. Rittenhouse going to Kenosha and doing what he did, let us take a step back for a moment.  Rittenhouse was threatened by all 3 men he shot, killing 2 of them, lawfully I may add.  The “victims” Joseph Rosenbaum, who was a convicted pedophile and Anthony Huber a convicted domestic abuser, Gage Grosskreutz who is a felon, aimed a gun at Rittenhouse.  Folks these are not the martyrs they have been made out to be, as is the norm when a black man is shot by police these days.  Could we please stop making these folks out to be innocent victims?  In the case of all 3, not one of them would have died if they weren’t there provoking trouble.  I’m sorry, but running about and threatening violence, is a good recipe assume room temperature quicker than most.  Even more so when threatening someone with a high-powered weapon.

Frankly I feel Rittenhouse will walk, and once again chaos will begin all over the US.  It is very preventable, but local politicians will pander to the mob, and as a result normal law-abiding folks will suffer.  The news media should be asking a simple question to all.  Isn’t the main role of government to keep us safe?  Why did the local police or leaders create a protest zone?  It is due to the local government failing to do its duty that 2 men were killed and 1 was wounded, Mr. Rittenhouse is just the collateral damage.

Now an entire city hangs on the verdict of a jury (who by the way has only 1 minority on it) regarding the fateful events of that night.  Even the judge has been scapegoated by the national media.  Chaos is set to happen again, and the question we all should be instead of why? Is How come our government isn’t keeping us safe?