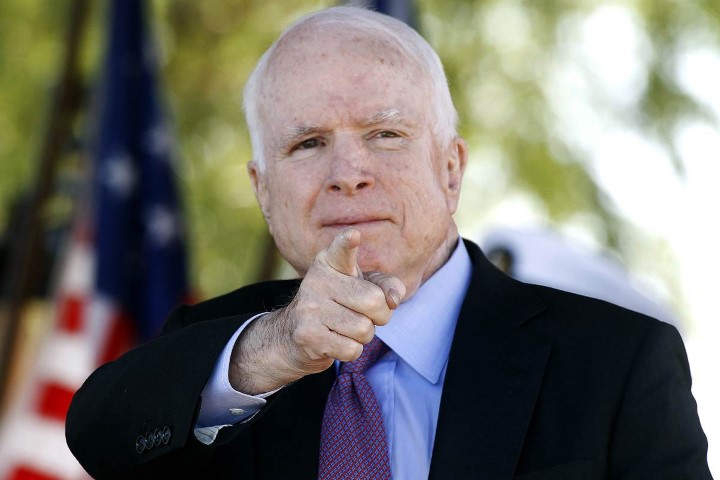 No not like the Paul Shanklin parody played when John McCain was trying to say he was a Reagan conservative when running against Barack Obama in 2008.  I’m talking about 2021 in the People’s Republic of California.

First some background. The state GOP loves to talk tough with rhetoric such as “the other side are a bunch of weenies”, “government shouldn’t pick winners and losers”, and “Obama Care is nothing but death panels”.  These phrases we all uttered during the Obama’s years in the White House.  Fast forward to 2020.  Governor Newsom orders massive shutdowns; included are churches, indoor dining, theatres, barber shops, and others.  Nary a word from the same folks who told me government shouldn’t pick winners and losers.  Rest assured Newsom kept the liquor stores, weed dispensaries, and big box stores open, under a weird guise of being essential.

But wait there is more; now that we have a vaccine, a real-life death panel has been formed of current and former medial types (think Fauci, and his ilk) who are deciding who gets the shots and in what order.  A real-life death panel, I say again, and again nary a word from the same folks who screamed about Obama killing grandma.  Glad to see most all political types were given a shot prior to, I don’t know, the folks working in ICU/ER or old folks’ homes!  Teachers will be in the next rotation; however, they have mostly been distance learning.  Students will be following shortly afterward, again the distance learning thing.  No comment on when folks who are old/infirm or those who have COPD/Asthma or other pre-existing conditions that make them high risk will get the shot.

Just to go a step further, in LA county, ambulances have been advised not to bring patients to the ER if they think they have zero chance at survival.  Again, nothing from the same so-called conservatives who warned about death panels and rationing of care.  I thought that was the major conservative talking point during the Obama years.

The reason for this short form rant is this: those folks never actually believed their own talking points. Remember “Repeal and Replace” and then finding out Republicans never had a plan to replace anything—it was just campaign talking points to stir-up voters. In truth Rahm Emanuel said it best, “never let a good crisis go to waste.”  These same folks, when it was politically expedient, railed against it, now when they find themselves in a predicament, they are strangely silent.  The truth is most of those same folks are scared of this virus and work for government, are retired, or other essential jobs meaning they can live as usual.  However, they wish to see others suffer under the guise of a “deadly pandemic.”  See the 90-Day Guy, its ok to go to an Indian Casino, but the bars better remain closed or else.  Same applies to the vaccine distribution, make sure I am at the front of the line and I will keep quiet, who cares about other people, it’s all about me.

Sadly, the CA GOP wonders why it continues to drift into irrelevance.  The truth is, they lack any sort of leadership and would rather be a voice of loyal opposition.  Conservativism has been dead for a decade plus now, George W. Bush may have declared the era of big government to be over, but in reality, he helped hasten the move toward socialism.  Nice going so called conservatives, funny how when shutting down businesses to slow the spread and letting a death panel play God is only a bad thing when the outcome may not benefit you.