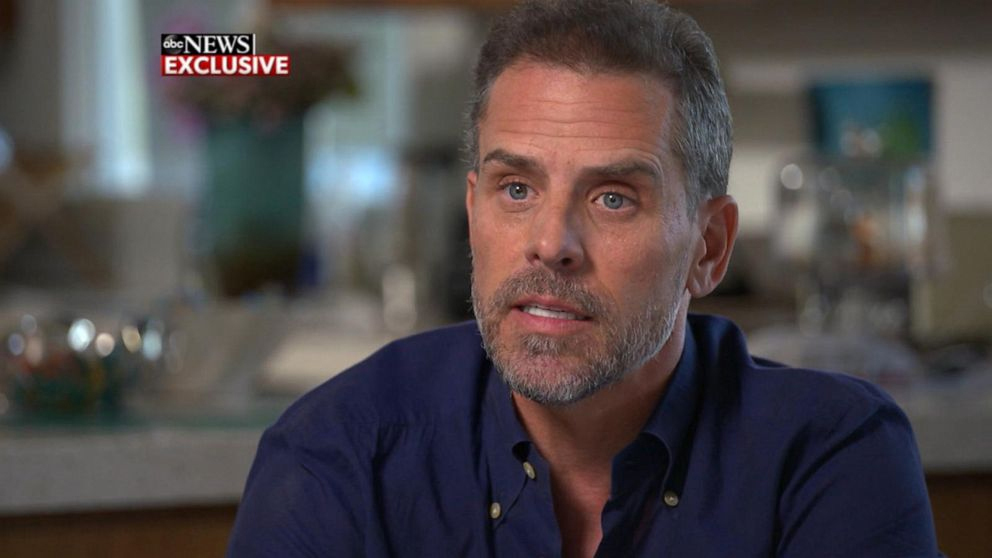 You know, I almost feel sorry for this guy. His upbringing is not his fault. It’s hard knowing your whole life that your brother is the heir, and you are the spare. Yep, daddy Joe had a favorite and it wasn’t Huntr.

(Please note that I know I’m misspelling the name in hopes it gets past the big tech filters when discussing this topic.)

When Huntr’s brother died, I heard that dear old Joe said that the wrong Biden had died. I’m not sure if this is correct, but given what we know about Joe, this might have some basis in truth. His son that died, Beau, was moving upward in the political world and appeared to be following in dad’s footsteps-less any charges of plagiarizing speeches and appropriating biographical details pilfered from other politicians. The young man was seemingly a better version of his father, but we’ll never know because his life was cut short by cancer.

Huntr went to all the right schools but never seemed to find his place in the world. Maybe the pressure of always being second or not good enough finally broke him. I know this can happen to some children very early in life. Maybe having the spotlight on him because of who his father was, or unreasonable expectations was just too much. Some people are so deeply flawed for whatever reason that they are just broken. Huntr seems to be a lost man. He seems to spend his free time with women of ill repute and utilizing recreational pharmaceuticals.

After his brother’s death, Huntr’s dad found a use for him. Huntr was a tool used by his dad to increase his personal wealth and power. It is reported that Joe got half of whatever money he could get funneled thru his son’s bank account. So, the money from other countries was thus divided by the “big guy,” half for Joe and half for blow.

This is how people go to Washington as paupers and leave as multimillionaires. This is a bipartisan earning program, but Democrats have elevated graft to a high art form. This has been going on for longer than I’ve been on the planet, and not just with the current crop of rats in the swamp. L.B.J. is a case study in using his office for self-enrichment. So was Harry Reid. Ditto for the Clintons. Bill went from nothing, doing a gig as Arkansas Governor for $35K a year, to being worth close to a billion dollars within a few years of leaving the White House. How does Maxine Waters represent one of the poorest congressional districts in the country and own a six-million-dollar home in southern California plus one in the D.C. area when she has never made north of about $125K a year?

When you work in the swamp, the best way to boost your earnings is get jobs for family members. Heck, one babe on the Broad Squad (Ilhan Omar) gave her husband over 2.7 million dollars during this election cycle (which is not over yet). Sorry, I’m not sure if this was the brother that she married to get into our country or her new husband. (Guess Allah is not too picky about incest and divorce and all that as long as you vote socialist.)

I guess you see what I mean. Joe Biden can get more money and power if he gets more family members on the take. Such behavior is usually legal when Democrats are dominant in D.C.—which is most of the time. As others have pointed-out, Joe got a round of applause from bragging about how he got the prosecutor investigating his son fired. The Council on Foreign Relations still had the raw video available on the internet for anyone to watch last time I checked.

Huntr seems to be troubled by being exploited by his father. I suspect Joe was too busy with his career to spend much time with his children when they were little.

Joe Biden—like Bill Clinton—has had an unusual number of people around him die. Look at his bio on Wikipedia if you don’t believe me. Being a “red shirt” in Star Trek, a business associate of Bill Clinton, and a Biden family member are all very hazardous occupations.

This brings us to Huntr’s laptop. Please note that I don’t know of anybody making five figures a month that would willingly abandon their personal computer to a repair shop and then never pick it up. This would be doubly true if I had home movies of me smoking crack and getting a Lewinski from some babe that worked by the hour.

Reading up on the laptop is an eye-opening exercise too. It is strongly implied that it was the pornography on the laptop that got the computer shop proprietor to take a further look at the contents of the computer. The emails and laptop contents were reported to the FBI and it appears that the FBI literally had the smoking gun evidence to clear Trump of the impeachment charges but embargoed the information. Some have also speculated that such information could be used to gain leverage on Joe Biden should he ever occupy the White House. Then there is the child pornography on the laptop. Was this discovery the reason why it was reported to the FBI and not the Biden emails? Probably. The computer guy at least had the good sense to make a backup of the computer’s hard drive or it probably would have disappeared in some government black site warehouse—kind of like the one shown at the end of Raiders of the Lost Ark—or met a similar fate to Hillary’s private server.

The other thing to come out of this Huntr laptop story is that finally the Republicans and Democrats are in agreement that the big tech companies like Twitter, Google, and Facebook will undergo examination and trust busting by the federal government. Frankly, I was surprised to hear that the House democrats had voted to break up some big tech companies just days before the laptop story broke. I’ve long suspected that Trump would be overseeing the breakup of the big tech companies when he was elected four years ago but as a lame duck President, he is in a better position to do this. (Yes, I believe Trump will win reelection.) The tech guys have earned whatever punishment is headed their way.

I think good has come from this episode. Maybe come the first weekend in November, Huntr and his dad can inaugurate his dad’s retirement from public life with some quality time together. In my opinion, Joe has a lot of lost ground to try and make up with his son.