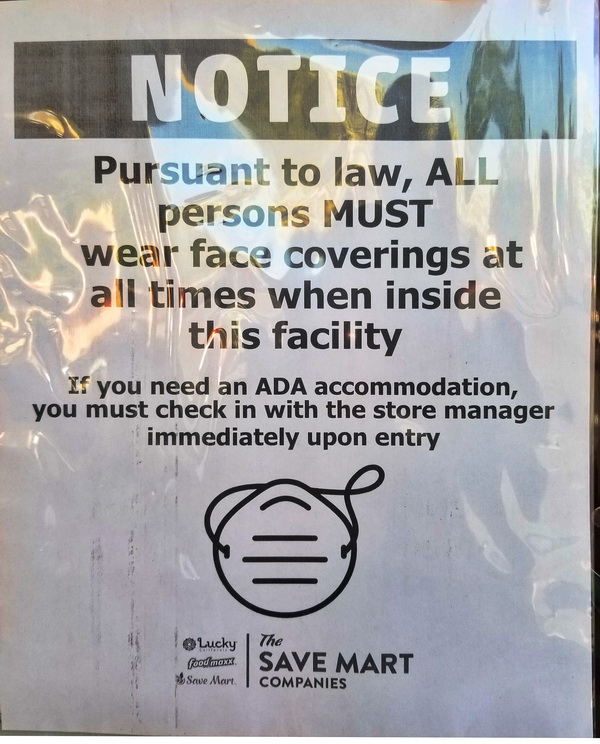 “Stop the spread“, “Bend the curve“, take your pick on what phrase the political types used. All we, as a people, were told was that we had to shelter in place, and we could beat this virus. Keep in mind this virus, to this day, is still a giant unknown. How does it spread, why do some folks show zero symptoms, type O blood makes you immune, wear/don’t a mask, wear gloves, etc. We have no clue about this damn thing, it’s just a political football at this point.

Around mid-March we were treated to horrific theatre led by Dr. Falsie, Comrade Newsom, Duchess of Lansing Gretchen Whitmer, and Supreme Ayatollah Cuomo. They said we had to shut down our commerce to slow the spread. Newsom, Cuomo, Whitmer and others shut their entire states down, even counties with zero cases or deaths! But if you were “essential” –whatever the heck that means–you were required to report to work. Absolute hilarity ensued, marijuana stores, liquor stores, pet stores, all were deemed essential. Dental offices, dine-in restaurants, and elective surgery at hospitals, were shuttered. Yes, you read that right, want to get drunk or high you’re in luck, need diabetic checkup, sorry.

What was very funny to see were the masses that would gather at the grocer/big box stores, all sans a mask. Yep, folks were on top of one another, and that was just to grab the last case of toilet paper. This brings me to my point; you cannot lock up Americans in their homes and tell them to stay as if they are a household pet. During this time, if you were essential then you worked and were paid, if you were not essential you were laid off. If you were in the latter group, it wasn’t all doom and gloom as you qualified for the extra kicker, $600 a week in unemployment. If you were a 90-Day Guy, you hid at home to “protect your family.”

Back to my point, in the USA we rely quite a bit on interstate commerce, just look at the types of vehicles on the highway system. Heck look at the state to state/city travel via plane! Or even one better, look at the international travel to/from the US! A shutdown will never work. Travel is not just essential for many, it is required! We also, as a people, enjoy shopping/spending, just look at the credit card debt numbers each month. We would rather go out for meals as opposed to eat in, it’s just the way we are.

As a result, we spread the virus amongst our communities, mostly unknowingly. Our fellow comrade Gavin Newsom re-opened the state based on nothing other than a budget deficit and as a result the virus has taken off. Masks are now required, and churches have basically been re-closed. Ditto for inside dining, weird because as the Blog Father pointed out to me, the air inside is likely far safer than the air in the newly created “outdoor dining area.”

Bottom line this idea of a shutdown does nothing, as the local police won’t arrest you, the sheriff won’t jail you (witness 18,000 felons being released in Soviet CA) and even if you have symptoms, you are not required by anyone to get tested (certain exceptions apply). Even the mask mandate is another folly. I was at a local grocer (stocking up on Aunt Jemima, Uncle Ben, and Cracker Jack) wait scratch the last one, hardly anyone was wearing the mask correctly, covering both mouth and nose. Others were not wearing it at all.

But go ahead tune into Falsie on the national news network while he tells you we must shut the country down all while he is worth over 500 million and hasn’t seen a patient in over 50 years.