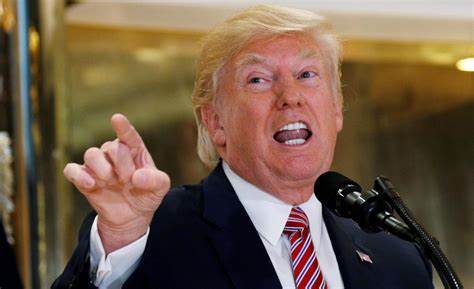 Wednesday night I received another nonsensical email from my token Liberal friend asking about Attorney General Barr and the Stone case.

Barr has stated his displeasure of trumps daily tweets of attacking a federal judge in the middle of a federal case. It’s thought he may resign because of the unprecedented obstruction and interference.

Who is right and who do you support?

Do you support trumps daily attacks of a federal judge (Which means if President Warren sent the exact same tweets you would support her with a blog) and Barr should just shut up and do with the King says?

Or is Barr right, trump has crossed the line and must be confronted? And none of this is normal presidential behavior?

Here was my response

I don’t think Barr will resign.

Four observations on this trial

1 This particular judge has a long track record of treating people working for the other party differently than others. With activist judges, this often happens.

2 What is worse is that the jury foreman in the Stone case should have been thrown off the case long before it went to a jury. She was posting daily updates of the trial on Facebook and doing other things contrary to standard jury practice.

3 Third, the case itself is probably the result of a concept call “fruit of the forbidden tree.” If the FBI had properly vetted the “Steel Dossier” this case would never have happened. The logic is this, the Steel claims were the basis of the FISA warrants, since the Steel stuff was demonstrably false, the FBI should have stopped their actions investigating Trump’s campaign but instead they repeatedly lied to the FISA judge to renew warrants.

4 The investigators tried the same approach that is normally reserved for the mafia and drug dealers, i.e. find a charge as leverage on a small player to get the goods on the guy above them. They tried this with Trump but couldn’t find anything. Many otherwise fine people were threatened by prosecutors to “cop a plea” or they were going to go after their families. For example, faced with this threat, General Flynn pleaded guilty to something that he never did. These heavy handed tactics netted a few other folks too. The prosecutors in the Stone case were some of the last Democrat lawyers left from the Mueller investigation. (Reportedly Mueller had zero Republicans in his team of investigators.) The sentence that the prosecutors were asking for was way beyond federal sentencing guidelines.

The judge is well aware of my four points and would not admit that the process in this particular case was irredeemably tainted. Had she done her job and declared a mistrial, the government could refile the charges again with a new jury and perhaps different judge (or the government could toss the case).

All things being equal, the case should have been tossed. The fact that it wasn’t and the government’s lawyers were asking for an especially harsh sentence (given Stone’s age it was life in prison) was a source of frustration to many; especially Trump.

Yes his emotion is understandable but the timing of Trump’s comment was a source of irritation for the AG. It should be, Trump was really going after Barr for not acting sooner and ending the charade of a trial.

To directly answer your question, strictly speaking, Trump did not obstruct the court nor interfere with the judge, he was chiding the Executive Branch (his branch of the government) and kicking Barr in the butt. The Federal Judiciary is separate from the Executive and Federal Judges are appointed for life so Trump can’t threaten them or do anything but grumble, which he did. Furthermore, the sentencing recommendation from the Justice Department (Executive Branch agency) is only a recommendation; the judge can take it or leave it. She can do what she wants; subject to appeal.

Yes this is not “normal” presidential behavior but Trump is not a normal president. Trump calls things the way he sees them. Like it or not, you know where he stands. As for Warren or someone else Tweeting similar stuff, I don’t see it happening. Democrats usually operate differently because they view the purpose of government differently; but that is a different topic…

The next day, hours after the sentencing of Roger Stone, President Trump took to the microphone.

President Trump blasted Roger Stone’s treatment by the criminal justice system, the Justice Department and the jury forewoman in the GOP operative’s trial Thursday in a blistering address in front of an audience in Las Vegas, saying Stone has a “very good chance of exoneration.”

Trump said that Stone, though “definitely a character,” was a “very good person,” and that the jury in his sentencing had been tainted by an anti-Trump activist. “These people know more about bad juries than anyone else, the sheriff, the mayor. You’re my experts okay?” he told the room of previously incarcerated people. He said the jury forewoman “started going a little wild, was very happy,” when Roger Stone was determined to be guilty of obstruction last year, and it was later revealed she had a social media account full of anti-Trump posts which she did not disclose to the courts.

The jury forewoman, Tomeka Hart, even posted specifically about the Stone case before she was selected to sit on the jury, as she retweeted an argument mocking those who considered Stone’s dramatic arrest in a predawn raid by a federal tactical team to be excessive force. She also suggested Trump and his supporters were racist and praised the investigation conducted by former Special Counsel Robert Mueller, which ultimately led to Stone’s prosecution.

Justice Department prosecutors initially had sought a sentence of up to nine years for Stone, but senior officials at the department later called for a lesser sentence. Attorney General William Barr’s move to intervene in Stone’s sentencing led to all four members of the prosecution team quitting the case.

U.S. District Court Judge Amy Berman Jackson on Thursday also said the initial recommendation was excessive. Her sentence of 40 months in prison was considerably less than that — yet far more than the probation sought by his defense.

It is great to give an answer to a bewildered Liberal and the next day have POTUS agree with many of the points that I raised at his very next public appearance.

Who is Tomeka Hart?

Below are some Tweets for Tomeka Hart, the foreman of Stone’s jury. Please note that all Tweets in this post were created before she was put on Stone’s jury. Stone’s trial began November 6, 2019. Also, Hart had previously run for Congress as a Democrat. Hart also regularly posted on Facebook about Trump but has since purged much of that content.

Hart, committed perjury by not disclosing her bias during jury selection. Oh, please note in the biography above that Hart is a lawyer and knew what she was doing. She should not have been on the jury, let alone its foreman, and once the judge was presented with proof that Hart was biased, a mistrial should have been declared. Like us, Trump is ReallyRight.