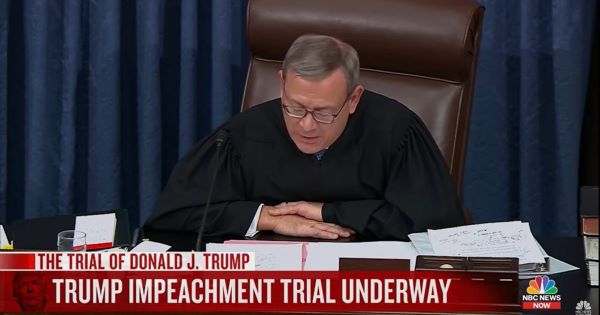 After two weeks of dismal simultaneous performances on 34 different broadcast and cable networks, the comedy clown show, Flip the White House, written by movie icon Pennywise and starring stand-up comedian Adam “Waterboy” Shiff and some angry guys nobody ever heard of before, is being cancelled.

President Trump is heartbroken at the news. Since the show’s premier, his polling numbers have gone up 20 percent with Republicans, 32 1/5 percent with Independents, and 18 percent with Democrats.

Thousands of cable viewers were lulled asleep by the pleasing sound of Chuck Schumer and Jerry Nadler’s voices. Avid viewers of the show are reaching out for therapy and comfort. Views have not been this traumatized since the finale of Lost many years ago.

The ensuing chaos that cancellation has caused resulted in several network anchors reaching out to other network anchors for comfort and assurance. Some networks have assured viewers and other anchors that there really is no whistleblower. It was all a ruse to gin-up interest in the Super Bowl. Others assert that it was just a dumb smoke monster that viewers saw only in their imagination.

J.J. Abrams has offered to reboot the impeachment franchise just like he did with Star Trek. Script writer, Eric Ciaramella, has again offered his services to pitch another idea to House Democrats. Word is, if he hurries, they might cobble together a direct to disc movie by October.

I sense a sequel in the future. Stay tuned….