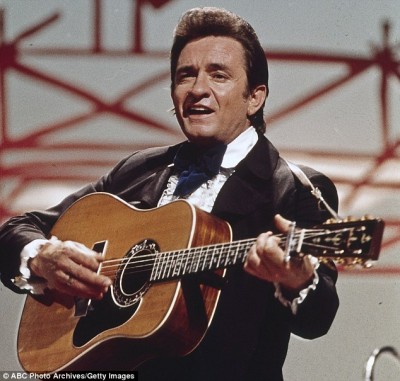 For those who remember when Folsom Prison Blues was a popular song or thought Alcatraz was what all prisons should be, you may not recognize the penal system in California any more. Not only can you get your gender reassigned or released early to reduce overcrowding, but now taxpayers are adding even more fringe benefits to your life of crime. I’m not sure if this has anything to do with the popularity of recent movies like Suicide Squad or Joker but the California Department of Corrections has added more goodies to their mission statement. Starting in 2020, the stated purpose of the department now includes “restorative justice.”

To facilitate the successful reintegration of the individuals in our care back to their communities equipped with the tools to be drug-free, healthy, and employable members of society by providing education, treatment, rehabilitative, and restorative justice programs, all in a safe and humane environment.

So what is restorative justice?

Restorative justice is an approach to justice in which one of the responses to a crime is to organize a meeting between the victim and the offender, sometimes with representatives of the wider community. The goal is for them to share their experience of what happened, to discuss who was harmed by the crime and how, and to create a consensus for what the offender can do to repair the harm from the offense. This may include a payment of money given from the offender to the victim, apologies and other amends, and other actions to compensate those affected and to prevent the offender from causing future harm.

Folks, the Department of Corrections was claiming last year that their recidivism rate was down to 46 percent and with this added coddling and care of criminals, this rate is expected to go even lower.

Wow. Imagine all those thousands of years of human history wasted on war, crime & punishment when all this time all we really had to do is explain to the guy wielding the sword or brandishing the gun that it hurts the other person when you stab or shoot them! If only we could talk it out and come to a mutually agreeable solution then crime would cease. Instead, society keeps going all Old Testament on people and perpetuating the cycle of violence.

Thankfully now we have enlightened people running the great State of California who are willing to finally admit that the State bears the sword in vein and society should lay aside its obligation to protect citizens. Instead government should be welcoming and inclusive of all—criminals, homeless, illegal aliens, etc. (except unborn children, Christians, charter schools, or any other alternative to the Party in power).

Please understand that I do have problems with our current system but this solution seems to me to be a perversion of the biblical idea of restitution. Folks familiar with Chuck Colson’s Prison Fellowship know that he advocated a two-tier system where those committing property crimes be separated and treated in a different system than violent criminals. California is not moving in this direction.

Instead, California is decriminalizing many behaviors and also forcing much of the state prison population down to the county level for incarceration—thus cooking their recidivism statistics.

The other thing lacking in all this is employment for those being released back into society. The mission statement says they want to make prisoners employable but given the State’s hostility to jobs, how does that work? AB-5, ridiculous minimum wages, anti-entrepreneur environment, sky-high taxes, etc. What hope do released criminals have of “going straight” in such a hostile environment?

Folks, if solving crime was really as simple as restorative circles, watching Mr. Roger’s reruns, and reading All I Really Need to Know I Learned in Kindergarten, then I think the issue would have been solved long ago. Sadly, the one thing government can’t fix is the human heart. Government can’t fix sin, only Christ can. The idea that government can is simply nuts.