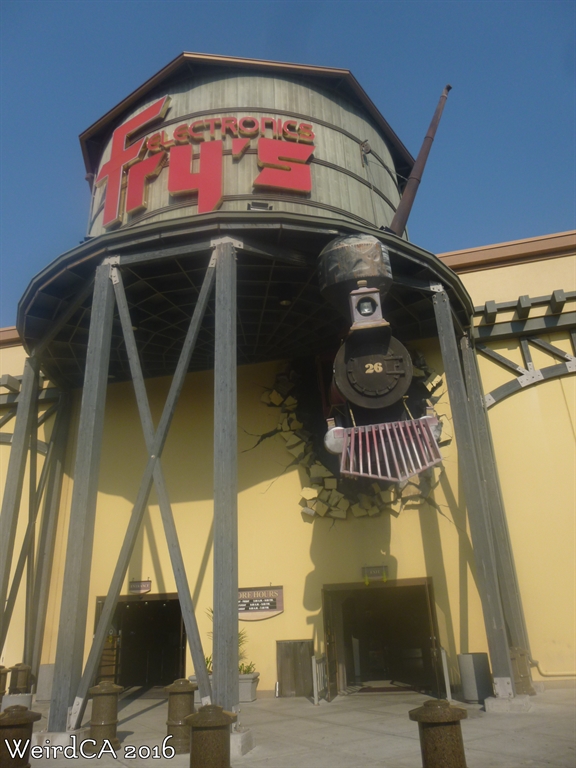 A few weeks ago, local media reported something that I had heard from my wife several weeks ago; namely, the shelves were bare at the local Fry’s Electronics store. Mrs. ReallyRight reported that she was assured by Fry’s employees that there was a glitch in their supply chain but that they weren’t going anywhere, the business was here to stay.

The parking lot was nearly empty, a sign on the door said “now hiring full-time merchandisers” and inside the store the shelves were largely bare.

On a Saturday afternoon just over two weeks before Christmas, the Toy Land at Fry’s Electronics in Roseville was deserted. There were no customers, there were no toys. One of the few salespeople on the floor said the Fry’s store in Natomas looked the same. He said staff had been told the company was “restructuring.”

Online reports show the same thing is happening at other Fry’s stores around the country and suggest the company is switching to a consignment business model, where shelves are stocked with products that Fry’s doesn’t have to pay for until they are sold.

A Fry’s spokesman told the Dallas Morning News the company is not liquidating or planning to close any stores. Spokesman Manuel Valerio told the Dallas newspaper the company’s 34 stores in nine states will have product again “over the next several weeks,” but that report was published Nov. 15.

Why Are Fry’s Store Shelves Empty Two Weeks Before Christmas?

Sounds to me like they are adopting the Best Buy/grocery store model of selling shelf space to others and just running the cash registers.

So how is this working for Best Buy? In my opinion not that well. I went into Best Buy over the weekend to get an item that I need for a Christmas gift. Much to my surprise, I was the line. There was one cash register open and I was the only one waiting. The good news is that I waited less than a minute. My thought was black what? Nobody is earning money tonight. The store was a ghost town. The employee to customer ratio was about one to one.

Let me know how your retail experience went but based on this, color me concerned about the future of brick and mortar technology stores. Will the rest go the way of the Good Guys and Incredible Universe in 2020?