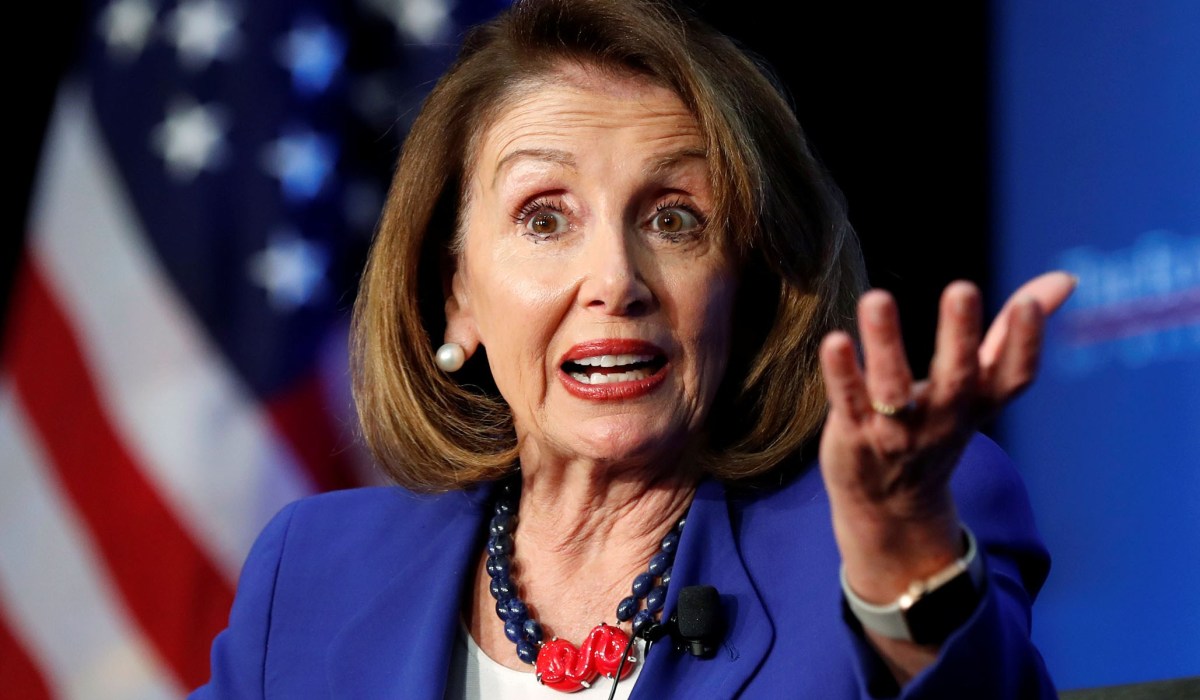 I saw this quote in a Fox News opinion piece—please note that whatever their shortcomings, at least Fox knows to label opinion pieces as such as opposed to a news article from a Leftist media outlet where it’s all opinion disguised as news—anyways, something occurred to me as I read these words; namely this, Pelosi is like Obama. Read this and then I will continue my thought.

Pelosi, fellow California Democrat and House Intelligence Committee Chairman Adam Schiff and their Democratic co-conspirators in their attempted coup are going to do whatever they want, however they want, because they think the rules don’t apply to them.

After all, who’s going to call them out for their misdeeds – their partisan allies at the fake and corrupt New York Times and Washington Post? Come on.

Let’s face it: unhinged radical Democratic Reps. Alexandria Ocasio-Cortez of New York, Rashida Tlaib of Michigan and Ilhan Omar of Minnesota are calling the shots on behalf of a mob of anti-Trump socialists who have seized control of the Democratic Party.

The third paragraph states, as we have here many times, that AOC and the Broad Squad are calling the shots in the Democrat Party, but what struck me as I read this is that Pelosi is like Obama! We keep viewing Speaker Pelosi as not in control, feckless, and ineffective but is there something more? Perhaps. Maybe Pelosi sees herself as like Obama. Does the phrase, “Lead from behind” ring any bells? Obama did that for eight years and Democrats love and adore him.

Yeah, Nancy Pelosi is leading her party from behind. There, now we know what’s going on. She has emptied herself of what she wants and instead is giving her caucus want they want.

“It is better to lead from behind and to put others in front, especially when you celebrate victory when nice things occur. You take the front line when there is danger. Then people will appreciate your leadership.”
In his 1994 autobiography, “Long Walk to Freedom,” Mandela also described it this way:

“I always remember the regent’s axiom: a leader, he said, is like a shepherd. He stays behind the flock, letting the most nimble go out ahead, whereupon the others follow, not realizing that all along they are being directed from behind.”

So despite the funny phrasing, at the heart of the idea of leading from behind is the empowerment of other actors to do your bidding

So is Nancy Pelosi the “Good Shepherd” and the House Caucus (or American people) her sheep? If so, doesn’t that make her Christ? So wouldn’t that make government God? It fits her worldview but is this reality or delusion?

Here’s a contrary view of leading from behind.

Leading from behind is not leading. It is abdicating. It is also an oxymoron. Yet a sympathetic journalist, channeling an Obama adviser, elevates it to a doctrine. The president is no doubt flattered. The rest of us are merely stunned.

The Obama doctrine: Leading from behind

Frankly the thought I had on the phrase “leading from behind” is one you hear about in war-torn areas where human life has no value. You line up the POWs, or women and children, side-by-side, depending on what type of despotism that you prefer, and march them through suspected mine fields to insure that passage is now safe for your troops. Why sweep for mines when others can cheaply do it for you?

So is Nancy being benevolent by giving her Caucus what they want or marching them through a mine field? The correct answer is both; especially, for the 31 new people that won seats last held by Republicans prior to the 2018 election. Some pundits are talking about Democrat gains in the next election but I think Nancy is risking it all to pursue the promised impeachment drive. She knows she can’t deliver a fatal blow to Trump but her immediate concern is for her political survival. I think her days are numbered, both on the planet and in politics but as Joe Serna used to say, “The chief job of a politician is to be reelected.” Those in power, especially in D.C., never willingly give it up, they only resign when they are carried out feet first in a body bag. So as you watch the impeachment drama unfold, remember that Speaker Pelosi is just like Barack Obama, she is leading from behind and given the circumstances that suits her just fine.