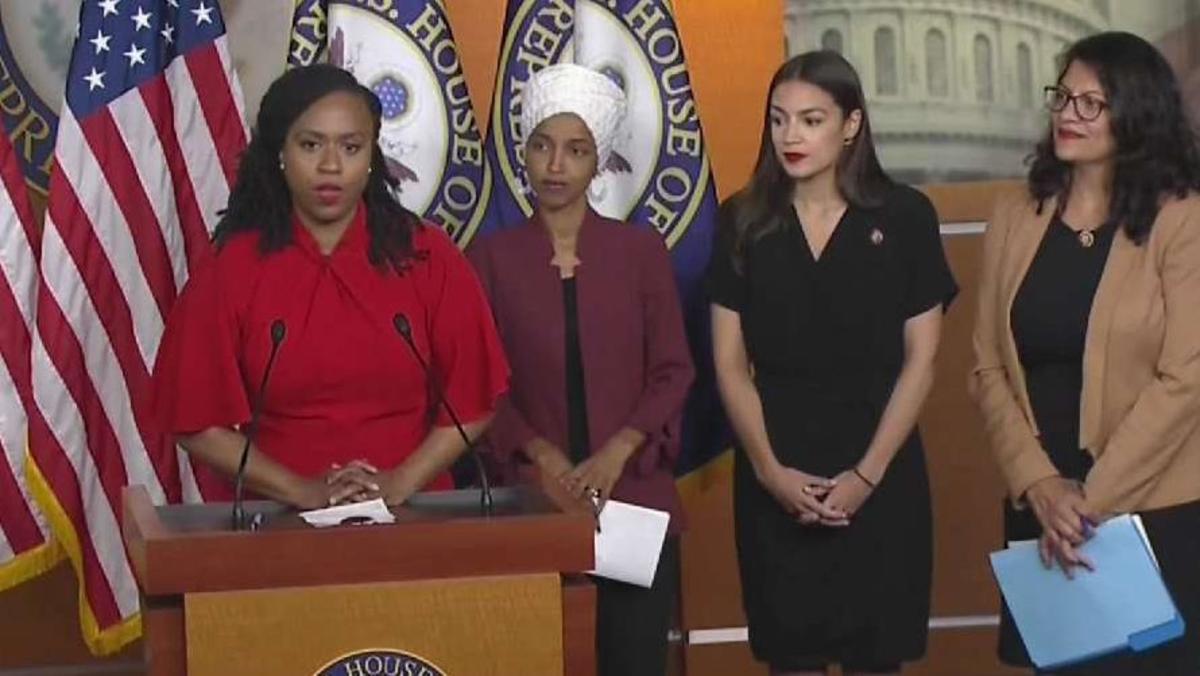 OAC and the gang think they are the political version of Charlie’s Angels but those of us in the Heartland think they’re nuts (or something worse). President Trump nailed them on Twitter a few days ago. Trump’s stock with average Americans has risen sharply since then. OAC says her gang is “The Squad” but clearly the name is missing an adjective to describe them further.

Reps. Alexandria Ocasio-Cortez, D-N.Y.; Ilhan Omar, D-Minn.; Ayanna Pressley, D-Mass.; and Rashida Tlaib, D-Mich., have collectively come to be known by that label since taking office in January. The four have found common cause on a number of issues, most recently by becoming the only Democrats to vote against the House version of a border funding bill that was backed by Speaker Nancy Pelosi.

‘The Squad’: These are the four congresswomen Trump told to ‘go back’ to other countries

You know there’s a dumpster fire in the Democrat Party when Donald Trump is defending Nancy Pelosi‘s character from these crazy chicks. But its been entertaining to watch.

While discussing these events at work earlier today, a female coworker made a suggestion that fits in so many ways. Her solution was to call them “The Broad Squad.”

Yeh, that fits like a pair of cement shoes.