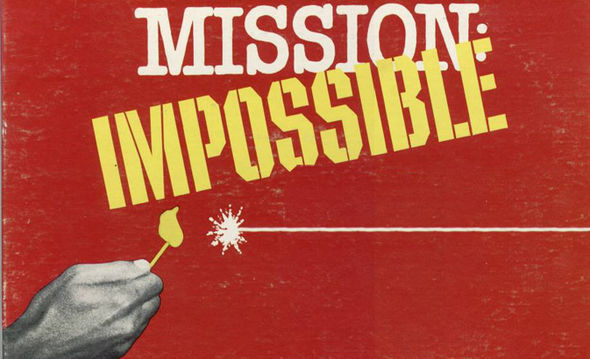 You know the drill. A man retrieves a small recording device from an unexpected place. He hits play and is given a seemingly impossible task—usually to save the world or prevent an international incident. The recorder finishes delivering its message and self-destructs. A match lights an old fashioned fuse which starts to burn as the Lalo Schifrin theme song begins. You know the next hour will be full of twists, turns, and deceit. Buckle-up and let the intrigue begin.

Oh, the message for today’s episode goes something like this:

Greetings Mr. Newsom, your mission as passed on from your predecessors, Schwarzenegger and Brown, is to outlaw the internal combustion engine within the boundaries of California by 2030 2040. Know that you have the full support of Democratic state Assemblyman Phil Ting of San Francisco, state Air Resources Board Chairman Mary Nichols, and a large block of the Legislature. Your mission, should you decide to continue this quest, is to secure the necessary legislation and resources to make all vehicles in your State electric powered by this deadline. The fate of the planet is in your hands.

As mentioned above, the recorder vaporizes and the credits roll. When the story continues, we find the Governor assembling his team. The team is commissioned with implementing a plan to force people into electric vehicles. After consulting with Warren Buffett, Elon Musk, Alexandria Ocasio-Cortez, the Sierra Club, Green Peace, and a host of interested parties, the team presents the Governor with a list of proposals.

Anyway, you get the idea. Use the power of government to force people to change their behavior. It sounds so good, what could possible go wrong?

While California seems on the cusp of making this self-imposed dream a political reality, the bigger issue is can an all-electric vehicle mandate be done?

While Sacramento, used to issuing orders, believes it can simply command a fully electric automobile fleet through votes and the stroke of a governor’s pen, the same way it believes it can decree that the entire state must switch to renewable sources for electricity, it can’t escape the reality, which says it can’t be done. There aren’t enough raw materials available.

A statistical study was published to see just what it would take for the U.K. to achieve their goal. The study was quoted by Steve Milloy on the website Junk Science.

British researchers say that if the United Kingdom is to meet its electric car targets for 2050 it “would need to produce just under two times the current total annual world cobalt production, nearly the entire world production of neodymium, three-quarters the world’s lithium production and at least half of the world’s copper production.”

With governments all over the world scrambling for the same scarce resources, it’s just “not possible,” Milloy concludes, for California to go all-electric. Have policymakers even considered this in their haste to outlaw conventional cars and trucks?

Lawmakers can legislate, expect, wish, hope, and mandate until they collapse from exhaustion onto the capitol’s marbled floors. But they are bound by the pace of technological advancement. They can no more decree an EV fleet to be so than they can change the color of the sky.

The statistics in the U.K. study are mind blowing.

Again, as is my habit, I will quote extensively in case the URL I’m citing should be deleted, moved, or placed behind a pay firewall at some point in the future. Remember that this study assumes only the U.K. is implementing this goal. The economic reality of other actors–be they California, China, or whoever–places even more demand on these resources.

The metal resource needed to make all cars and vans electric by 2050 and all sales to be purely battery electric by 2035. To replace all UK-based vehicles today with electric vehicles (not including the LGV and HGV fleets), assuming they use the most resource-frugal next-generation NMC 811 batteries, would take 207,900 tonnes cobalt, 264,600 tonnes of lithium carbonate (LCE), at least 7,200 tonnes of neodymium and dysprosium, in addition to 2,362,500 tonnes copper. This represents, just under two times the total annual world cobalt production, nearly the entire world production of neodymium, three quarters the world’s lithium production and at least half of the world’s copper production during 2018. Even ensuring the annual supply of electric vehicles only, from 2035 as pledged, will require the UK to annually import the equivalent of the entire annual cobalt needs of European industry.

The worldwide impact: If this analysis is extrapolated to the currently projected estimate of two billion cars worldwide, based on 2018 figures, annual production would have to increase for neodymium and dysprosium by 70%, copper output would need to more than double and cobalt output would need to increase at least three and a half times for the entire period from now until 2050 to satisfy the demand.

Energy cost of metal production: This choice of vehicle comes with an energy cost too. Energy costs for cobalt production are estimated at 7000-8000 kWh for every tonne of metal produced and for copper 9000 kWh/t. The rare-earth energy costs are at least 3350 kWh/t, so for the target of all 31.5 million cars that requires 22.5 TWh of power to produce the new metals for the UK fleet, amounting to 6% of the UK’s current annual electrical usage. Extrapolated to 2 billion cars worldwide, the energy demand for extracting and processing the metals is almost 4 times the total annual UK electrical output.

Energy cost of charging electric cars: There are serious implications for the electrical power generation in the UK needed to recharge these vehicles. Using figures published for current EVs (Nissan Leaf, Renault Zoe), driving 252.5 billion miles uses at least 63 TWh of power. This will demand a 20% increase in UK generated electricity.

Challenges of using ‘green energy’ to power electric cars: If wind farms are chosen to generate the power for the projected two billion cars at UK average usage, this requires the equivalent of a further years’ worth of total global copper supply and 10 years’ worth of global neodymium and dysprosium production to build the windfarms.

Solar power is also problematic – it is also resource hungry; all the photovoltaic systems currently on the market are reliant on one or more raw materials classed as “critical” or “near critical” by the EU and/ or US Department of Energy (high purity silicon, indium, tellurium, gallium) because of their natural scarcity or their recovery as minor-by-products of other commodities. With a capacity factor of only ~10%, the UK would require ~72GW of photovoltaic input to fuel the EV fleet; over five times the current installed capacity. If CdTe-type photovoltaic power is used, that would consume over thirty years of current annual tellurium supply.

Pedal to the Metal: Why California can’t ban gasoline-powered cars

Please note that many of these rare-earth metals are mined by poor people in third world nations that are slaves or politically oppressed. The workers’ pay with their blood while the ruling class line their pockets with the proceeds.