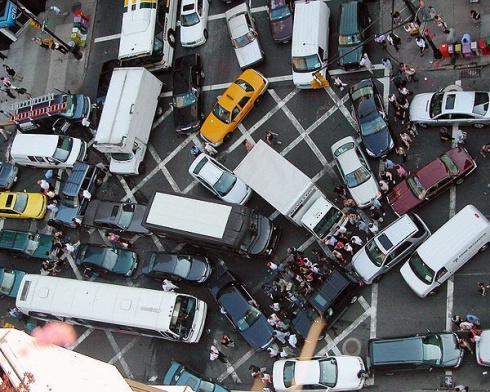 Government doesn’t fix things. Yes they may occasionally move around the deck chairs but to actually solve problems; especially without creating even more problems, is a rarity. Government grows both in scope and power. Both Parties agree with the premise, just not which areas that the growth should occur. Or as David Chilton once observed, politics is Rousseau’s children fighting on the playground.

A fixture in our system of government are lobbying groups. They too are dedicated to holding forth an ideal in such a pure form that they rarely will agree to incremental change, they want it all and want it right now…or else. Of course each group gives rise to either a group advocating exactly the opposite point of view or starting a cycle of dependency with no defined endpoint.

Here are a few examples.

When Ronald Reagan was President, he wrote a book called. Abortion and the Conscience of a Nation. Reagan was proudly pro-life and viewed as a guy that had an honest chance of overturning Roe v Wade via Supreme Court appointments.

The pro-life lobbying groups at the time did not want Roe eroded but demanded the Human Life Amendment. Support of this Amendment was the Conservatives litmus test of orthodoxy. If you didn’t support it, you weren’t going to get endorsements. As you would predict, those who supported abortion on demand used all this to fundraise for their side. As a result of the all or nothing position staked-out by abortion opponents, nothing changed. Roe was still intact after eight years of Reagan.

Those wishing to outlaw private gun ownership tried during the administrations of Clinton and Obama to curtail gun rights. They used every crime not committed by Muslims or illegal aliens to put forward their narrative but were beaten back by gun rights groups. Both sides raised and spent massive amounts of money but neither won a decisive victory.

Immigration is a similar issue. Conservatives want to stem the tide of people coming into our country while liberals see them as another dependent group that will vote for them. Voter I.D. and birthright citizenship are a part of this issue also. Both sides have purposely staked-out absolutist positions but are unwilling to fix the broke systems giving rise to this problem.

Some proposals have only one side organized to advocate for them. Sadly, many of these, once begun have no endpoint. Affirmative Action comes to mind. People say they want it but at what point will its goal be achieved? The answer of course is never. Welfare to end poverty is another. Another is Reparations. Reparations, for what Democrats like Andrew Jackson did to the Indians; reparations for slavery; reparations for Spanish exploration; reparations for Captain Cook discovering Hawaii; etc.

Thanks to Ronald Reagan, we already gave reparations to the people in Japanese internment camps, of course most of these folks were dead before this action was taken. Of course reparations are not returning property to anyone just giving them a check. In this case, $20K each.

An apology from the government is one thing, or insuring it doesn’t happen again…unless Michelle Malkin is right…is another.

Once we go down this path, there is no end point.

As a country, we’ve done things we shouldn’t but reparations is just a “shakedown” ala Jesse Jackson and the Just Us Brothers. Why stop reparations there? We never declared war in Vietnam so do we owe them money too? What about bombing Dresden or atomic bombs on Japan?

Government measures its success by the number of people dependent upon it not the number that don’t need their programs and services. Against that backdrop, what incentive does government have to fix anything?

Think about it, government takes but produces nothing. However, this is nothing new. You can read it for yourself in the Bible. 3,000 years ago, Israel wanted a king because they weren’t happy that God was their sovereign. See if this sounds familiar:

The only difference that I see is that tyranny in the Bible was limited to ten percent of what you have whereas now government takes what it wants without limits. The old H.L. Richardson quotation comes to mind, “Yeah, but look what we let them keep”. Folks this is the Democrats definition of limited government, they don’t need it now so they let you keep it.

Things don’t get fixed because those in power profit by letting the problem persist or they need the issue as a talking point for the next election.

Last point is this, if government really followed the Constitution, who represents us in Washington would be irrelevant because it would have no effect on your daily life. The fact that it does is all you need to know. Our Republic is broken. The only solution that government offers is more government.