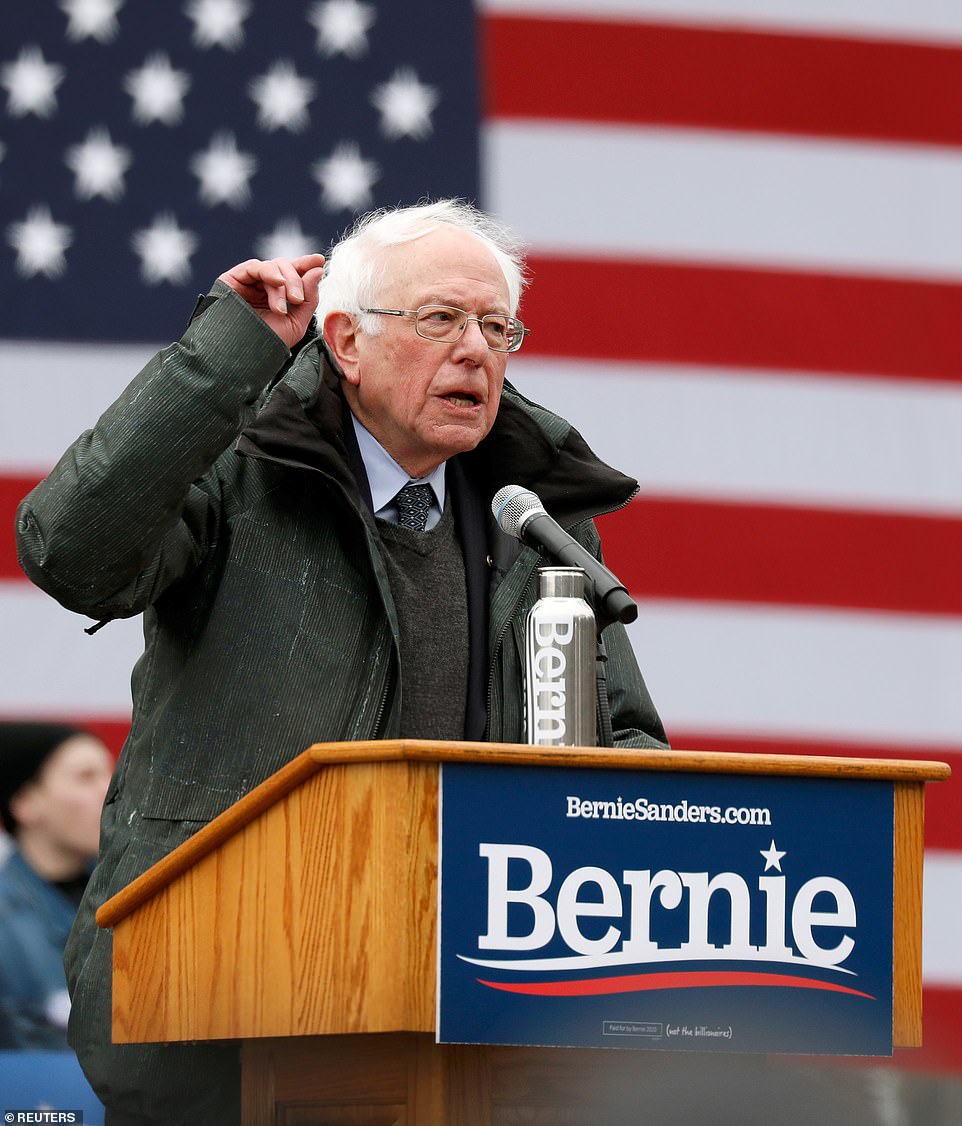 A question I am asked all the time is “How come young people like Bernie Sanders so much?” I guess they ask me because I am young…allegedly. The answer is actually quite simple, it just requires outside the box thinking. Yes, he is very old, and quite frankly looks so disheveled some days I wonder if he is being fed a constant flow of opioids just to stay upright! However that being said, he is offering a message that is very different from other politicians. In a sense Obama started this, (Hope and Change) then Trump had one (Make America Great Again) and Sanders has one (Socialism). People have a tendency to gravitate to something new, and all 3 drew record crowds for the most part. In a way all 3 are similar, as the premise of their campaigns were vague.

Back to Sanders, a reason he is so very popular with young people is they see him as Santa Claus. An old man with a big bag of gifts from which you know something in that bag is for you. If you’re illegal, its protection from ICE; if you’re Black, its reparations…which just to add some commentary, none of them deserve…if you’re young, its student loan forgiveness, if you’re unemployed/poor/old free medical coverage, throw in a minimum salary and voila! You have a cult following, as long as you are perceived as able to come close to delivering on said promises. As I stated earlier, there is something in that bag Bernie is holding for you, it’s just a matter of what. Bernie, much like Obama and Trump, speaks directly to the groups he wants to help the most, and they are hearing exactly what they want to hear. I’ll explain this more in depth.

Imagine you’re a 33 year old, you’re toiling away sometimes working 2 jobs just to try to make a student loan payment of which you still owe $100k. You are living at home because you cannot find an apartment to rent that fits your budget.

You hear the “jobs report” was great, yet you can’t find work and you have come to realize your degree in liberation theology, anthropology, psychology, etc. is worthless. Your parents tell you apply for more jobs…etc. but you find nothing of substance with a wage that allows you to break even. You have a car loan, but we will ignore that since you need a way to get to work. You have 2 maxed out credit cards, and we won’t talk about your frivolous spending on any and everything trying to impress your also broke friends. You go to a party with your parents, and everyone is talking about their new car/boat/house/pool or their 401k and pension or early retirement and you are embarrassed because you have none of those and retirement isn’t even in your vocabulary…enter Sanders!

Those student loans, credit cards, and unaffordable housing? He will handle it with the stroke of a pen. What compassion! Finally a guy who understands the rotten hand that you’ve been dealt. Unlike Trump, he cares. He will create good jobs…or give you a guaranteed salary a month. He will break up those evil corporations and make college free for everyone. Not only will he make rent control widespread, he will roll-back the prices to something you can afford. This guy is literally the Messiah in your eyes, you hear him speak, and you nod your head up and down so much people start mistaking you for a bobble head.

While your parents, the Republican Party, and others may try to convince you this is not sustainable….news flash to them, you don’t care! As it’s not your money, and you have been indoctrinated to believe corporations and the rich have ruined your life. Just think how much better your life would be if your debts were all gone and you had a minimum salary each month sent out by the government? Even better, the government will give you a voucher for affordable housing and free meals! Where do I sign up? As far as how do we pay for all of this? We’ll tax the rich, and corporations that’s how. They created the mess you’re in so let them fix it.

Of course, I do not support Sanders, I am just laying out a case most of our readers already know. The thing everyone ignored last Presidential primary cycle was Bernie has a major following and his base could care less about anyone else in the race. Had Hillary not already cornered the market on the “super delegates,” in a fair fight, Bernie very well could have been the nominee.

Trying to explain what things cost in the future is fruitless since the people Bernie speaks to have no assets, job or income; they simply can’t relate. Bernie people live in the now, the future isn’t worth planning for if you’re not going to be part of it.

Also notice how little coverage there is of the crisis in Venezuela right now? That is because Bernie wants us to be Venezuela; a socialist ruled, one-party country, where you get in line for your government rations and when the supplies run out you grab food from the back of the garbage truck. Even chief Kool-Aid drinker Jorge Ramos pointed out his dismay about how the country is being run.

The 2020 election appears to be offering many American voters what they say they want, the ability to view socialism firsthand.

If you can’t wait then visit San Francisco.

PS in a capitalist society the bread waits for you

….in a socialist society you wait for the bread.