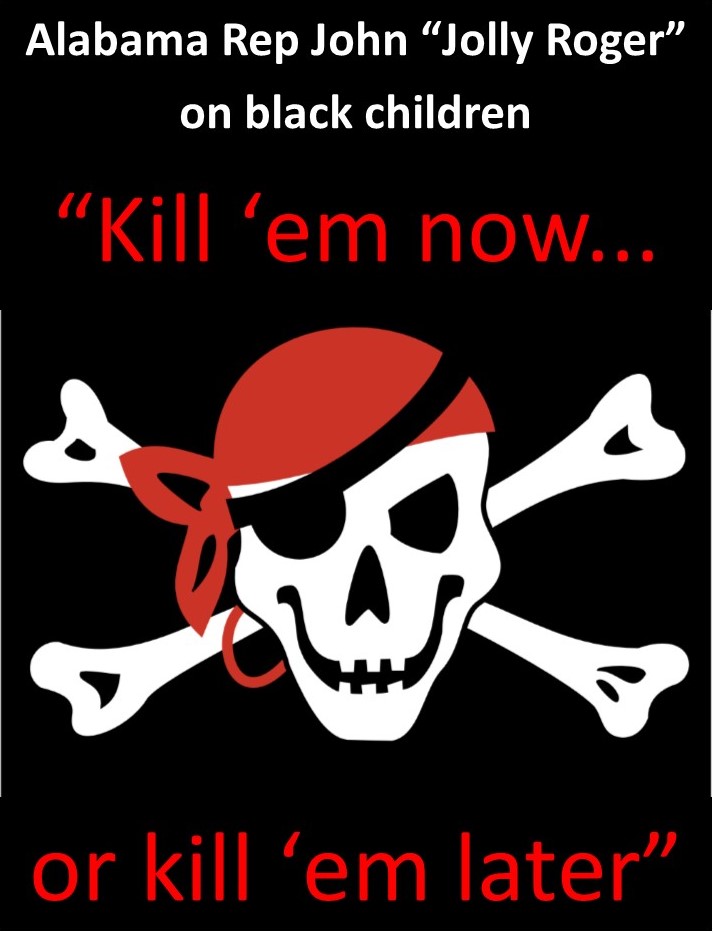 As a kid, I was taught that honesty is the best policy. As an adult, I know that rarely is a politician honest with anyone; especially in front of a microphone. When they are it is either a breath of fresh air or the stench of hell. This week the latter occurred in the state of Alabama.

Alabama is viewed by many as a conservative state because it is in the South and part of the so-called “Bible Belt”. This perception is false. Let’s recap some facts about Alabama.

Folks the South was a Democrat stronghold for 100 years after Reconstruction and not until Ronald Reagan did any Southern States vote in mass for a Republican. The problem is this, how can you be a Christian and a Democrat in today’s world? They are mutually exclusive ideologies. No, I’m not saying that the Republican Party is all sweetness and light or always right but they usually tolerate Christianity to some degree.

Alabama, as you may recall, was the center of controversy when Judge Roy Moore posted the Ten Commandments in his courtroom. These same Commandments are carved in marble at the US Supreme Court building but somehow too hot to be in a regular courtroom. So much for the myth of the “Bible Belt”.

I hate talking about race but here are a few pertinent facts. Alabama has many folks descended from slaves living there. Most of these people are still living on the plantation of their Democrat Masters. Those on the Democrat plantation have many corrupt and bad leaders bent on keeping these former slaves in bondage.

One form of bondage is the false gospel that many hear week after week in the pulpit. These false shepherds were corrupted decades ago in many ways. Their false gospel cannot free anyone from the bondage of sin. Besides departing from orthodox theology, these fake shepherds were corrupted thru purposeful planning by the Democrat Party, KKK, and supporters of eugenics (the belief that some races are superior to others).

Enter Margaret Sanger and her Birth Control League. Sanger wanted to eliminate the poor and genetically inferior peoples from our planet. It was a logical application of the theories embraced as a result of Charles Darwin and taking seriously his axiom of survival of the fittest. The question is how do you convince the unfit not to reproduce? In part, Sanger made a concerted effort to convince black ministers that aborting black babies was a compassionate act. She knew that the way to influence black folks was thru the churches so she corrupted them. (Of course when voluntary cooperation was not enough, she and her fellow travelers pursuing eugenics would find other means such as forced sterilization and “final solutions” to balance the scales of society.)

Anyway, here we are 100 years after Sanger began her crusade to “eliminate poverty by eliminating the poor”. “Weeds” —as Sanger called black folks—voluntarily self-abort 38 percent of their children at the altar of choice. Sangers’ organization, known today as Planned Parenthood, typically locates a facility anywhere there is a concentration of black people just to make controlling their population easier. Not only that, but virtually every black in public office supports the murder of their own race as a condition of holding elected office in the Democrat Party.

Those that dare to believe that All Black Lives Matter find that there is no place for them at the table or in the public square. Such people are marginalized or portrayed as sellouts to their people.

Against this backdrop, we have politician John Rogers, Democrat representative in Alabama, this week demanding that black children be murdered now.

He continued by saying some children who face abortion could be “retarded” and “half-deformed.”

Reacting to this outrageous and evil statement, Donald Trump Jr., the President’s son, took to Twitter:

“This is stomach curling and makes Ralph Northam look like a moderate on abortion,” Trump Jr. tweeted, referencing the Virginia governor’s support for a failed abortion bill — an endorsement that critics likened to support of infanticide. “Every Democrat running for President needs to be asked where they stand on this. The extreme turn we’ve seen from Dems on abortion recently is truly sickening.”

(Ralph Northam is the Virginia Governor that recently advocated not just abortion for all nine months –which is legal now under Roe v Wade—but infanticide if the mom changes her mind after the birth of her child.)

Rogers then responded to Trump by calling for his death and doubling down of his abortion comments.

When asked by WVTM to react to the president’s son, Rogers laughed, saying Trump Jr. was “proof” that women should have a right to an abortion and called his statement “stupid.”

He even suggested that Trump Jr. was “retarded or crazy.”