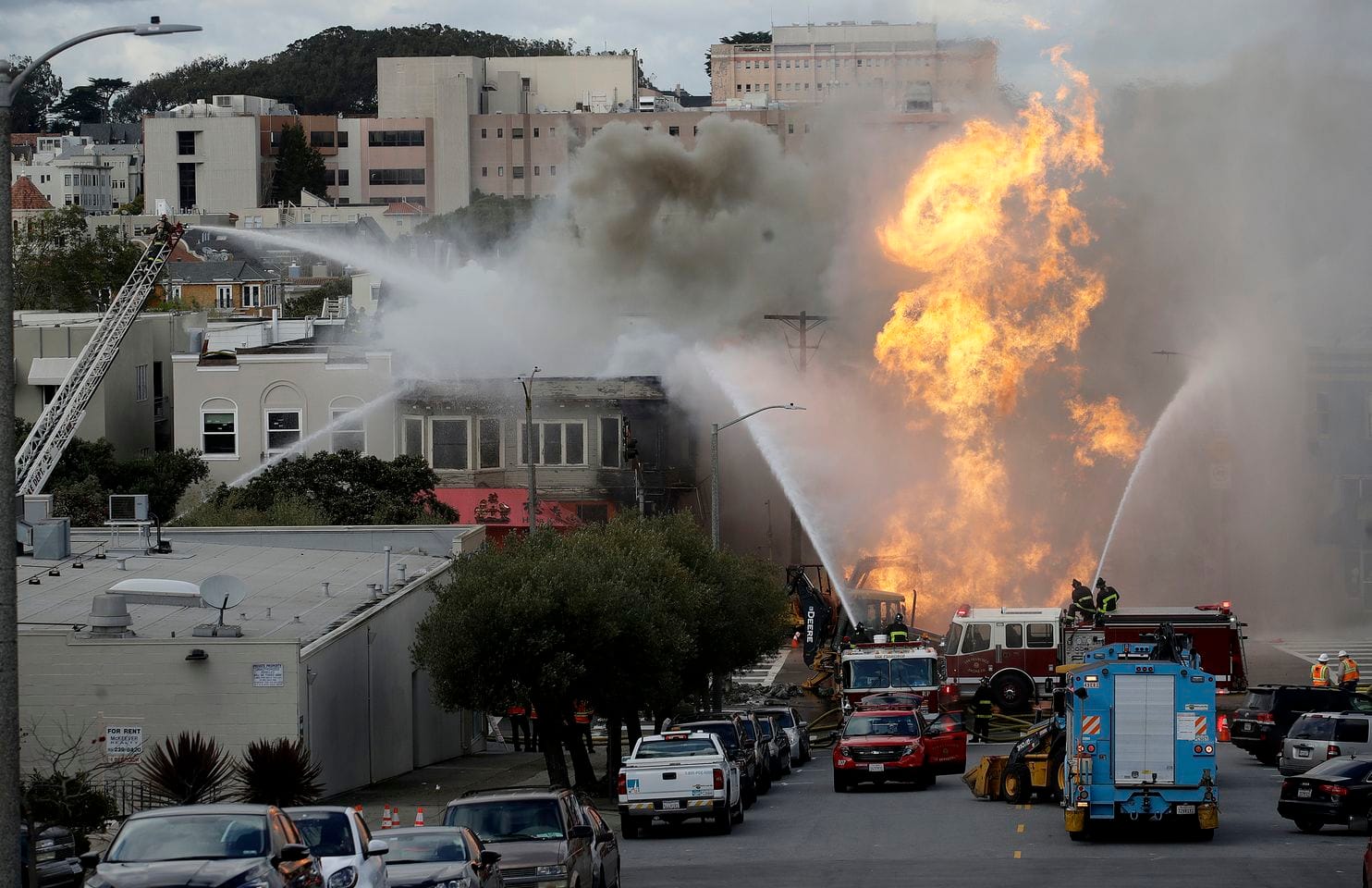 Today we had a tragedy in San Francisco, no the land was not sold to the Chinese as has been rumored.  A large explosion took place…pandemonium ensued.

I needed answers, I was told London Breed would make a statement soon…. my reaction was London what? Was this a type of dog, new brand of malt liquor, a clothing line for homeless people, a rap singer or something else entirely? What does a breed of anything from London know about an explosion in San Francisco?

Well it turns out that San Francisco voters—documented and otherwise—elected a Mayor named “London Breed”, I’m more of a corgi guy myself.

The explosion was a result of natural gas—in this instance, said gas was not created from the contributions of local homeless people accumulating on public sidewalks—but from a ruptured pipeline belonging to PG&E that caught fire and burned several buildings.  Yeah there’s that company again.

Three-story flames could be seen leaping into the air in television images. Police spokesman Robert Rueca says the fire was reported around 1:10 p.m. and there were no immediate reports of injuries.
KPIX-TV reported that the fire started at a construction site.

You hate to see it.  Thankfully no one was hurt or killed, but I can’t help but fault this corporation for their blatant stupidity.  They easily could have torched their headquarters and collected insurance money…I may know a guy btw!  It would have been a real shame if the maintenance records and other documents the Public Utility Commission has been trying to subpoena for the last few months were located in said building, but alas your company couldn’t even blow up the right structure…. SAD!

I don’t even know how this works since technically or I guess “allegedly” you filed bankruptcy a week ago.  So, I guess the “ratepayers” are on the hook for this?  I ask because I haven’t seen a gas leak like this since I ate an “extra loaded bean and cheese burrito” at a certain Mexican joint in Elk Grove!  But really, PG&E, I am asking for a friend, do I pay you this month or do I just pay myself since I guess the ratepayers kind of own you now?  However I am glad you found a way to pay out $130 million in bonuses to your top executives!  I hate the idea of taking food off the table from them!

Sadly, this is just more tone deafness from a corporation surprised that “Paradise Lost” is already a movie…. imagine the revenue that idea could have produced.

This caps off one heck of a quarter for PG&E, too bad something worthwhile couldn’t have been blown up…like, I don’t know, Berkeley?