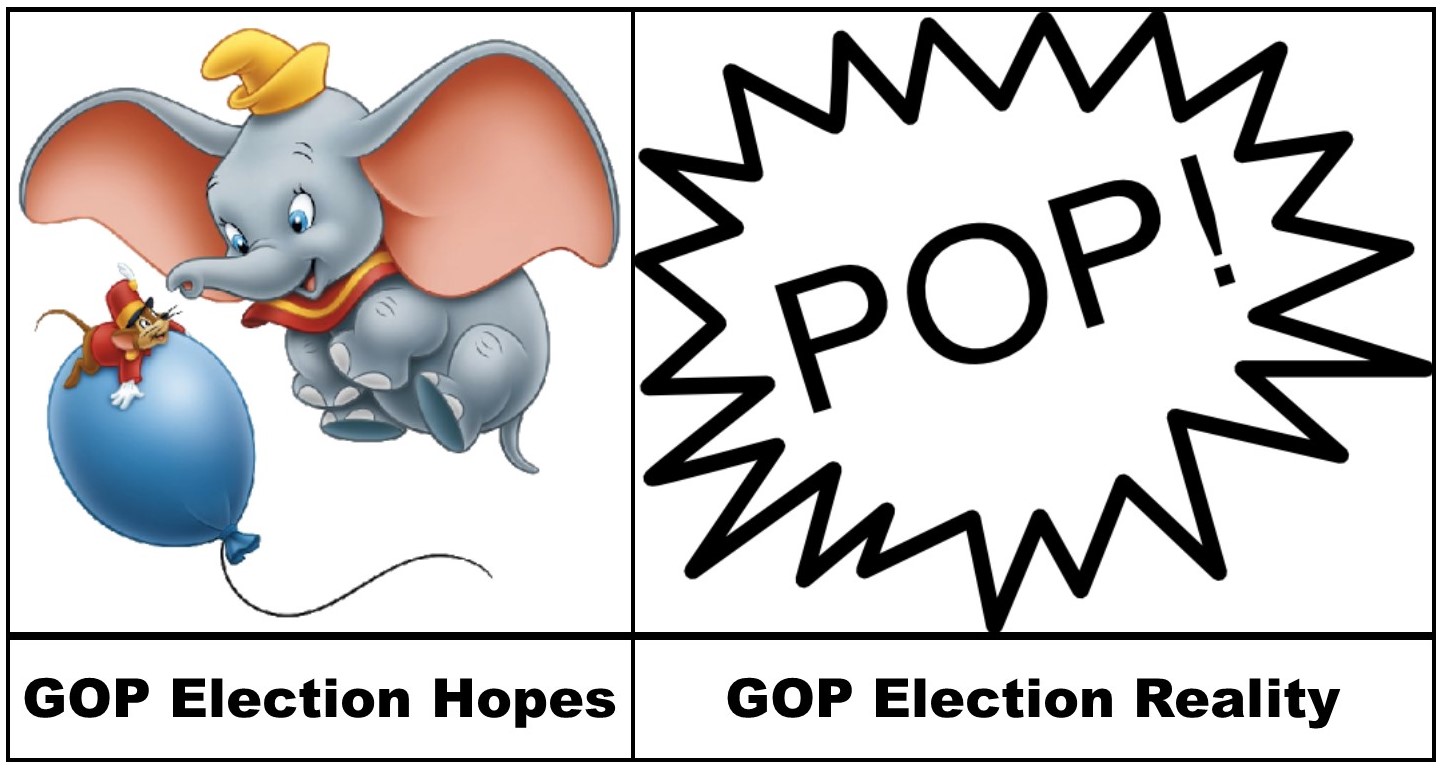 I came across an editorial in the Orange County Register newspaper Saturday, it was written by a Republican strategist (whatever the hell is that?) and proclaimed that the Party in California isn’t dead, they just need to change their messaging.  It spoke about how John Cox picked up more than 500k votes than the Republican congressional candidates statewide!  The editorial was kind of much ado about nothing, made claims about how the tax cuts didn’t help anyone, etc.  I’m going to give my take on what happened and the steps to take to rebuild the Party.

The Party is dead.  This is due to many reasons, but generally due to the consultants and upper political elites who run the Party.

This rung true under Ron Nehring, who used the GOP job as a reason to take multiple trips to Australia??? Thomas Del Beccaro who used the GOP job as a personal dating service, and current chair, former State Senator Jim Brulte, who is basically just a graveyard caretaker, we will have a new chair in January.  While none of these three are directly involved in the loss of several House, Assembly, and State Senate seats, nevertheless, they are the chairmen, the Party’s decline falls on them.

I blame the consultants on many levels, first being that they essentially territorialized the Party.  Meaning they have a candidate for Congress, maybe a candidate for a State Senate seat, but they care very little after that.  This is very apparent in far northern CA, think Chico, Redding, Roseville, and Rocklin areas, the central valley area, and in Orange and San Diego areas.  These consultants have also become very adept at protecting their own, want to run against one of their people?  Prepare to be carpet bombed.

I witnessed this personally by a central valley/bay area based consultant. I was at a fundraiser for a candidate for Assembly in San Ramon. At this event, the consultant walked up to a rumored future candidate and told them he would personally see to it they are defeated for re-election to the seat they were running for as a result of thinking about running!  This person was a Republican, essentially being told, screw off.  Want to run against a Democrat in a safe seat?  You will get no money and no support from the Party apparatus.  Keep in mind, the Party leadership largely signs off on this.

Our candidates didn’t understand the political climate.  We have a very unpopular president in this state at the top of the ticket, our governor nominee was largely running a “I know I’m going to lose but I want to make the Democrats spend money campaign”….I don’t fault him for our struggles.  No offense to Mr. Cox, but it was a bloodbath in the statewide races and the trickle down was brutal.  Diane Harkey and Jeff Denham never took their races seriously post primary. In the case of Denham, I don’t think he took it seriously at all.  I think these seats are lost for good.  Dana Rohrabacher was a weird incumbent and made enough weird comments to doom his re-election, I think we win can back this seat in 2 years.  Steve Knight and Mimi Walters seats are harder to predict. I think we could win them back but they may well be lost for good in 2022 after redistricting.  The seat Young Kim ran for is tougher to read; however, I think it’s gone. There was a strange ethnic twist here being it was an Asian American against a Hispanic American.  I think its likely toast after redistricting.

The bloodshed continued in the State Assembly and Senate.  We even lost seats that we should have won handily!  In my opinion our incumbents suffer from what I call Dan Lungren syndrome.  Lungren worked hard to get elected, then stopped working the district and as a result faced a very close election in 2008, he lost in 2012.  He fell victim to the thought “I have been elected so many times how could I possibly lose?”

Now back to the consultants and these seats we lost, who do we run in 2 years?  That is a question that cannot be answered. We have no bench in many of these areas.  In reality, you could argue the Democrats have better future candidates then we do.  This speaks to the fact that consultants have essentially locked out other Republicans from seeking elected office in “their territories” as they wanted to keep their own brand.

Now how I would fix the Party in California, keep in mind this will take about a decade or so.  Here are some ideas.

We need to seek out fresh thinkers and new ideas, not settle for a journeyman or a newbie looking to hop from one job to the next.   Mark Standriff did this years ago. He was press secretary, spoke to a local group of Republicans about how we are doing great things and he was so happy to be a part of it…he took a job the following day in Fresno.

Break up the consultant good old boy network. They never bought a franchise, so why do they have territorial rights?

Work closely with local GOP groups. This should go without saying, but it’s funny how most of these groups don’t even communicate with each other.

Have a slate card that involves ALL GOP Candidates running in the election. The Democrats do this why don’t we?  Their campaigns coordinate….so why don’t we?

We need a platform stating our policy positions on everything, this should be done ASAP.  We also need to enforce the platform so candidates don’t agree with it when campaigning and sell us out once they get to Sacramento or Washington.

Also, how come we don’t play in every race?  We have essentially become a regional Party; playing in rural northern CA, some parts of the valley, Orange County and surrounding areas, and parts of San Diego.  When I say play everywhere, obviously we won’t be winning anytime soon, but in most of those other area’s people refuse to vote for us because they have never heard our message.  Work the area, put a token candidate up and see what happens, maybe after several election cycles we could make inroads.  This is how Donald Trump won, he wasn’t afraid of the inner city.

We need to partner with every small Party in the state to overturn the top 2 primary!  This is a no brainer, the other parties are just as jilted as us, take this to the Supreme Court if need be.  This likely nets us a gain of about 6-8 seats in various districts.

Challenge the citizens redistricting in court as well, this is a sham!  I would argue just like the Pennsylvania Democrats did, how come the GOP gets 40% of the vote, yet we have just 20% representation, and have judges draw a new map.  This could net 10 new seats.