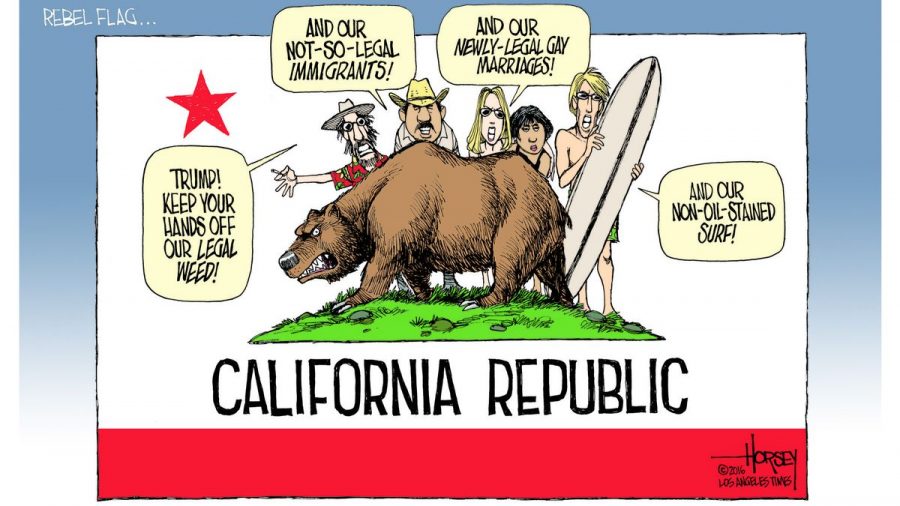 Many years ago, a young man seeking to improve his lot in life was given the advice to “go west, young man”.

Now, a hundred odd years later, folks in California are echoing Davie Crocket, “you may all go to hell and I will go to Texas”.

About 130,000 more residents left California for other states last year than came here from them, as high costs left many residents without a college degree looking for an exit, according to a Sacramento Bee review of the latest census estimates.

They most often went to cheaper, nearby states — and Texas. Since 2001, about 410,000 more people have left California for Texas than arrived from there. That’s roughly equivalent to the population of Oakland.

California has seen more than 15 consecutive years of net resident losses to other states. The trend was sharpest at the height of the housing boom between 2004 and 2006. It slowed markedly during the housing bust but quickened again during recent years.

Folks the conservative trickle will become a tsunami under Gavin Newsom as the middleclass seeks refuge elsewhere as Gavin does for the State what he did to San Francisco.

However, lest you think the grass is greener, this warning from Texas.

When economist James Gaines gave a talk recently about the economy and the real estate market, his biggest audience response came from an unexpected topic.

Gaines, chief economist at the Real Estate Center at Texas A&M University, told hundreds of local real estate agents what to expect in the years ahead regarding the state’s population growth and demographic changes.

“Do you know what Texas looks like in 30 years?” Gaines asked the audience.

“California,” he offered as the whole ballroom of folks groaned and rolled their eyes.

Nothing gets a bunch of Texans more riled up than to tell them they are turning into California.

“I’m serious about it,” he said. “The problems, the issues, politically, socially, economically, land use, housing resources — go down and tick off the issues. We are going down the same path.”

A house in Texas’ most expensive metro area — Austin — that will cost you just over $300,000 will go for twice that in Los Angeles and more than $1.5 million in San Francisco.

With soaring home and apartment prices on the West Coast and a shortage of affordable labor, no wonder everyone, from recent college grads to Amazon’s top brass, is looking east for greener pastures. And Texas is at the top of their shopping list.

Say it ain’t so: Is Texas turning into California?

Bottom line: Liberalism doesn’t work here so don’t take it with you when you leave. Don’t turn the rest of the country into a third world cesspool like California. If you aren’t willing to adopt traditional American values, stay home.