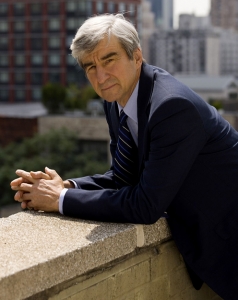 Above Sam Waterston from NBC’s Law and Order, best known as a tough prosecution attorney

The prosecution case, as simply as I can state it was similar to what follows:

Bender Bob and his Bro decide to paint the town on a Thursday night. They start with a bottle of Hennessey, I don’t really know what that is, but I know its high octane.

They get to the club and Bob is drunk as a skunk and acting somewhat belligerent. He continues drinking and at closing time, the lights come up and Bob knows it’s time to go; however, he forgets where he left his cell phone. He turns around to head back to where he was sitting to search for his phone and bumps into Carlos. The two men exchange insults.

The confrontation escalated. A nearby security guard sees Bob hit Carlos in the face so he springs into action and grabs Bob from behind to restrain him. Carlos is knocked back from the strength of the punch but remains on his feet. Just as the security guard is grabbing Bob, Carlos pulls a Glock .45 and shoots Bob. The bullet goes thru the guard’s hand and into Bob’s neck. Bob falls backwards onto the security guard and both men hit a table that shatters under their combined weight. Think of it as a sloppy Quigley shot. Meanwhile, Carlos flees the scene.

Bob exits the night club via an auxiliary exit, wraps a shirt around the bullet wound in his neck and calls his mother to say goodbye thinking that he will bleed to death.

Carlos flees Sacramento and is arrested about a week later in Las Vegas. He is extradited to California and has been cooling his jets in the Sacramento County Jail.

Carlos had lots of time to ponder his situation before the trial. As the old saying goes, idle hands are the devil’s workshop. Well, old Carlos decided he needed to make this trial go away. After six months in the county jail, he called in a few markers and had a friend make an offer that the injured security guard couldn’t refuse. Yeah, Godfather Junior tried to get the key witness to recant his story or at least the part where Carlos was identified as the shooter. Carlos offered $10K in cash to the guard in exchange for “telling the truth about what happened”.

Carlos’ friend called the security guard on the guard’s personal cell phone. Thanks to the wonder of Bluetooth technology, the guard’s wife and small children heard the offer as the family was driving home after a supply run to the local Target. The call was described by the guard as “positive”. He was promised that good things financially and otherwise would happen if he changed his story. The caller also let the guard know that they knew the names and ages of his children and that the children too might benefit if the charges were ultimately dropped against Carlos.

The guard made the lead detective in the case aware of this attempted tampering with the case and the cell phone number used was traced to Carlos. As a result, Carlos is facing even more charges.