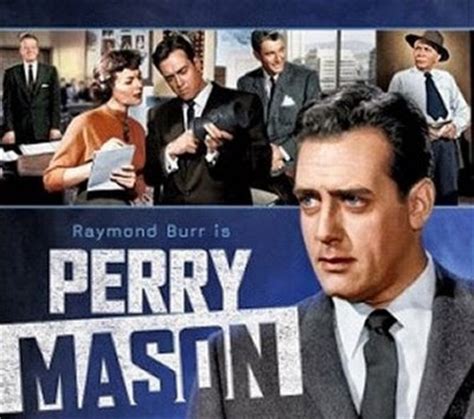 Once the prosecution rested, the defense was able to present their case, I’m surprised that they did. I thought the attorney would close, simply arguing that the prosecution didn’t prove their case beyond a reasonable doubt and thus we must acquit. However his client–Carlos–had other plans. In the end two people were called to the stand.

The first defense witness was the policeman that was first on the scene to interact with Bob, the man shot in the neck. He had described the gunshot to the neck as “a graze”. That was the entirety of his testimony.

We then took a break and returned to find the defendant on the witness stand. The only person more shocked than me was probably the defense attorney. If I was him, the last guy I would want under oath was my client but there he was in the flesh. The defendant, Carlos, then told his version of the fateful night. His testimony went something like this:

Carlos was on a date at a local restaurant with a lady friend of his. She left her car at the restaurant and he drove her to the nightclub. They arrived at the night club about midnight. Since Carlos was a VIP at the club, after a short wait, he was given a parking place in the front of the club. He and said lady then entered the club, underwent a security check, and were given his usual booth in the back of the club. He danced a few times and had a few glasses of Hennessey and Coke.

About 1:40 AM, the sound went off and the lights came up and people were encouraged to head for the exit. As a VIP, Carlos was offered an opportunity to exit via an alternative route but the lady had to pee so they headed towards the bathrooms locate near the main exit. They were in the back of the group being funneled to the exit area.

As they passed a large black man—Bender Bob, the two men bumped shoulders. Bob didn’t like it and gave Carlos a hard shoulder check. The two men exchanged words. Carlos said that the black man (Bob) said he was going to steal Carlos’ Rolex and then threatened to kill both he and his lady friend. Carlos testified that he told Bob to calm down. In response, Bob hit him full-on in the mouth with his right hand. Carlos said that the blow was so hard that he chipped one of his teeth. Despite the strength of the punch, Carlos said that he stood his ground and was not knocked backwards.

Simultaneously, Bob drew a gun; presumably with his left hand. Carlos said that he reached-up with his right hand and grabbed Bob’s hand with the gun. Carlos said that he was able to twist the gun toting hand of Bob around to the point that the black man (Bob) shot himself in the left side of his own neck. Carlos said that he never touched the trigger or had control of the weapon. After a single shot, the gun then fell to the floor. Carlos did not grab the gun but fled. As he was making his way down the stairs, he looked up towards the dance floor where the shooting had happened only to see Bob glaring at him from the top of the balcony. Carlos said he then exited the building. On his way out, Carlos testified that he told the head of security about the shooting upstairs (omitting his involvement) and then fled the scene.

Folks there are a few facts in the above account of Carlos’ defense that should stand out as odd comments for me to include. They stood out as peculiar to me too until we finally got to see the charges as the case was given to the jury. More to say when I discuss jury deliberation and the verdict in my next installment.

There is an old saying, “A man who is his own lawyer has a fool for a client”. I would suggest that a man who ignores him council’s advice and takes the stand to perjure himself is just as foolish.

Why was defendant Carlos telling this version of events? What he said didn’t agree with the facts presented by witnesses that had already testified and everyone in the courthouse knew it. Additionally by taking the stand, the prosecuting attorney gets free and unfettered access to the accused under oath to shred Carlos’ story under cross-examination.

The first thing the prosecution attorney did was go thru the letter written from jail that was intended to get a witness to change his testimony in exchange for defendant Carlos’ written thanks and ten thousand dollars in cash. (Considering that the accused claimed to be wearing a Rolex on the fateful night, this seemed like a paltry sum to me.) Carlos admitted to writing both the letter of instructions and the letter intended to be given to the witness from his jail cell. The letter contained the witness’ personal cell phone number, and information about his wife and children including their names. (Remember he got all this info after he was put in jail.) Carlos asserted that there was no threat in the letter since he promised only good things to the security guard should he change his testimony.

The prosecution was also able to introduce more information about the Carlos’ fight (flight as in fleeing not as in an aircraft) to Las Vegas. Upon being arrested in Vegas a week after the shooting, Carlos called his wife (not the person with him at club) and told her that he would be going away for a long time for attempted murder. (Admission against interest on recorded jail phone call is not too bright.)

Carlos could not say who screened him for weapons at the club the night of the shooting but maintained that it happened. He also said that the girlfriend’s purse was not checked by club security. His story was as outlined previously; namely, the gun was the black guy’s (Bender Bob’s) and he—the defendant—never had possession of the weapon and yes the black guy shot himself. When confronted with the fact that the head of security stated that Carlos never spoke with him following the shooting, his story began leaking badly. Carlos never explained what happened to his lady friend that he left stranded at the club. Since it was after 2 AM, maybe The Chief decided she was cute enough to offer her a ride to his teepee.

Carlos’ testimony was at odds with that of other witnesses; especially the confrontation with Bob. The defense never offered any witnesses to cast doubt on the prosecution’s version of what happened or to agree with Carlos’ version of the story. In the end, it was three witnesses of varying degrees of believability or the defendant Carlos’ version that we were expected to believe. Both could not be simultaneously true in many key respects.