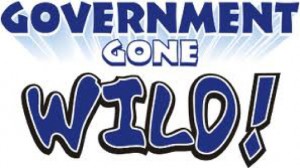 Regulations come in many shapes and sizes and from every state in the Union, red states included; however, today I want to take a closer look at the devastating effects these regulations have on businesses.

Let’s take New York City’s famous, 32 oz. soda ban for example. With the stroke of a pen, if you owned a convenience store, you had to immediately remove any cups over 32 oz. from your store effective immediately. In addition to being a small business owner or franchisee, you are now an officer of the City Council. As such, it is your job (via your employees) to see to it no customer purchases a soda over 32 oz. Failure to adhere to this law will result in severe monetary penalties, potential jail time, and probably could lead to you losing your franchise. Government entities know no bounds these days. Never mind the fact you could still buy multiple quantities of 28 oz. drinks and still be in compliance. So much for banning large quantities of soda for human consumption. Also why just ban soda? Have you seen the ingredients list of a bottle of Sunny Delight? Or even some Iced Tea varieties? Those can have as much or more sugar then soda…..yet because orange juice and ice tea seem to be “healthy” they are spared the hammer from Big Government. This type of lunacy encourages folks to work for the government rather than in the private sector. Image having to run a business with all the heartache that causes, but now you must police your clientele and see to it they aren’t drinking too much soda.

The next example takes us to Soviet California where legislators (notice I didn’t just say Democrats, the GOP is complicit as well) devised a ban on single use plastic bags, like the ones you can get at a grocery store. Never minding the fact the company that produced those bags is located in California, they went ahead and banned anyway. So I guess they want to literally ban entire companies from doing business even in the state they call home. The ban passed at the ballot box with just token opposition. Now as a result we have ugly multiple use bags and paper bags that cost $.10 apiece. No one the Blog Father is aware of (I left California a while ago) actually remembers to bring these bags to the store with them which yields additional “revenue” for the stores.

Editor’s note: Grocery stores agreed to join environmentalists to support the ban as long as they got to keep the ten cents per bag and not give it to the State.

Despite efforts by the plastic bag companies, retailers will keep revenue from sales of alternative bags to cover the costs of complying with the ban, as outlined in Proposition 67.

This ban was deemed necessary due to the quantities of these bags that ended up in your “lakes, rivers, streams, and alongside roadways” I call BS on this as I believe this was done simply to make life more difficult on smaller grocery chains and due to the fact the old bags were not biodegradable. I claim it affects the smaller stores the most due to the fact that they now have to renegotiate a contract with a supplier or terminate the agreement and find a new supplier, this is not easy. While a large chain like Wal-Mart, Safeway etc. would not find this very cumbersome. They are systematically killing business in California and this is just another nail in that coffin. Don’t be misled, this is a direct attack on private workers, the goal of the dictator Gavin Newsom is to eliminate all private sector jobs and replace them with government jobs. (Or at the very least government wants to control the means of production including picking winners and losers in the economy.) Get mad at me and don’t believe me if you will but while you are mad, they are taking away your rights and retirement plans! Yes, they are coming for your 401K’s very soon. The State wants to control every aspect of your life from conception to cremation.

Now let’s take a look at all the states that continuously want to raise the minimum wage for workers. This has led to automation. It’s no small error that in Arizona many McDonald’s fast food restaurants are fully automated now, with only 1 or 2 workers in the store. This has led to a full on automation craze that is killing entry level jobs and summer temporary jobs. The hallmark of a fast food or quick service business is to offer food and beverages as cheaply and quickly as possible. Paying every worker $15 an hour (plus government required benefits) no longer plays to the “cheap” aspect of the business so innovators decided they would create a machine to automatically cook in the kitchen and a kiosk to take your order. Again if you do not believe me that’s ok, but remember the TV commercials advertising a dollar menu? The same commercials I see now feature 5 dollar boxes. This is no coincidence. Can you blame the business owner?

Strangely I feel this is the end game politicians want. They want people working for the government, and they want you comfortable in poverty, as well as be able to control every facet of your life. For example why must a child ride in a car seat until the age of 8? Do we not trust a parent’s ability to simply fasten a seat belt across said child’s lap? Why can’t a child order a soda if they want? We live in the most innovative country on the planet so why is it that a single use bag could not be replaced with a compostable one? Ditto on the new crazy—not being able to ask for a straw law recently enacted.

In summary the nanny state has failed us in several ways, first by banning certain things from our lives; incandescent light bulbs, plastic bags, straws, and soda being just the latest. In some cases these laws actually contradict each other, for example why not just buy two 20 oz. sodas? They banned the Big Gulp but not the smaller gulp. Didn’t California go through a rough drought a couple years ago, I thought they banned water from restaurants unless it was specifically asked for? Now they only want to offer water and milk to a child when they can just go back home and drink all the soda they want? So it’s okay for a child to order an entrée containing 2,000 calories but a soda is not okay? Don’t really get the logic there. By the way I am a supporter of calorie counts existing on a menu as it gives you the chance to re-think your options, not take it away. Regarding those plastic bags, I have heard it from multiple people that take-out places, Home Depot as well as a few other big box retailers still use the single use bags. I guess the rule applies only to evil grocery stores, not everyone else.

Finally I want to discuss some aspects of our lives that could use regulation, but never will be. I want to give two very concrete examples; tanning beds and smoking. Let’s start with tanning beds, they offer little benefit in the health benefit category, actually zero, and can result in skin cancer issues later in life. Perhaps there is not enough public ire to make politicians act but for health reasons alone tanning beds should be banned. Cigarettes also have zero health benefit, worse yet it is well known they cause cancer and will kill you eventually. Not to mention the fact they litter our streets far more than single use plastic bags and expose people around you to harmful second hand smoke. The reason for this is obvious…tax revenue. Almost 70% of the cost to purchasing cigarettes goes towards taxes, state, local etc. These are two very easy things that could be regulated, but the power of the almighty dollar wins out. Isn’t the real reason pot is legal is to get more tax revenue?

How about this doppelganger of political schizophrenia; the same state that brought you the plastic bag ban and the outlawing of straws, was considering a bill that would keep bars open and serving alcohol until 4 am, thankfully this bill didn’t pass. It is ironic, they want to keep the streets and lakes free of bags and prohibit children from ordering sodas, because, soda causes diabetes, but simultaneously, they want to allow you to hit the bars until 4. So I guess they are okay with you drenching your sorrows and then risking killing yourself or someone else driving home under the influence; but then again, I get it, once again, it’s about government revenue.

PS If no girl’s ugly after 2 AM, what purpose does 4 AM serve?