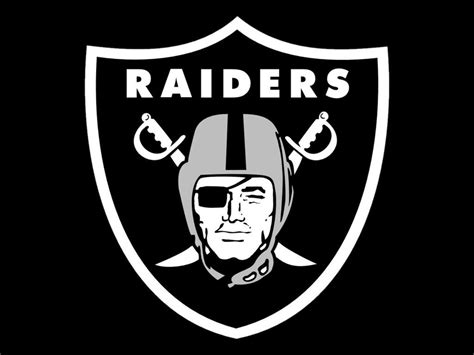 The Oakland Raiders are a “football team” located in Oakland, California. This is a blog to troll Raiders players, owner, coaches, and fans.  Everything in this blog is “allegedly” true but if you are offended then regard the comment as satire.

So, you made the playoffs two years ago and after a bad year last season you decide to fire coach Jack Del Rio—who mind you is from the Bay Area after going 6-10.  I guess they got mad at Jack for dropping an “upper decker” in the bathroom or something, because 6-10 after a playoff appearance is not a reason to fire a coach.  I think the entire team just decided to play 2017 drunk on grape flavored Dimetapp, which happens to be the official drink of Raider fans. 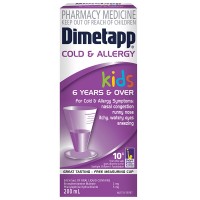 First let’s start with your owner Mark Davis, son of Al.  Mark, you actually look like microwaved Jon Gruden leftovers, or a real-life anamorph of a person turning into a hairless cat although I cannot decide which one.  Also, you admit to eating at PF Chang’s every day?  Everyday?  You drive over 8 hours to go to the same barber to get your “bowl” hair cut?  Again, I’m being serious, that’s dedication man!  I’m pleasantly surprised you didn’t re-hire John Madden, since your franchise has been living in the past the 15 years.

Your owner hired Jon Gruden—yes, a man who has not coached in a decade—and gave him a 10 year 100-million-dollar contract.

Jon Gruden was the last good Raiders coach who is most famous for being traded from Oakland to Tampa Bay and immediately winning a Super Bowl that year, blowing out the Raiders.  All while using Tony Dungy’s players and Bill Callahan’s playbook.  Gruden has been announcing Monday Night Football for the last decade. I’m sure his old dusty playbook will shine brightly in a constantly changing league.  Don’t believe me, here’s Grudens own words, “I want to throw the game back to 1998” the Raiders record that year: 8-8.  (Wasn’t 88 what it takes for a DeLorean to go Back to the Future?) Anyway, you can’t make this stuff up folks.

Oh, I hear that Gruden loves eating wings at Hooters. Most men I know dine there for the great food and cheerful service. Besides, what happens in Hooters stays in Hooters. Anyway, between him and Davis, no chain restaurant is in danger of going out of business whenever they’re in Las Vegas.

Serious note here: I’m glad you guys hired Gruden, because now Monday Nights it’ll get quieter and I don’t have to hear “Spider 3 Y Banana” every other play.  Or any other jibberish like “The Gruden Grinder” or overused clichés like “He has the grit you desire in a player, man.”  Additionally, I get so pissed off at the hordes of media that surround this guy and hang on his every word, like he’s some kind of sage or something.  Remember the guy went through quarterbacks in Tampa Bay like the old lady at the supermarket going through the cantaloupe’s.  He’s already gotten started trading for Christian Hackenberg then cutting him within 10 days, not even long enough to split a 50 piece with Gruden…man.  Hiring Jon Gruden is literally like going all in on Bitcoin, likely not to end well.

Did I mention Vegas earlier…yeah, they are moving the Raiders there in like a couple years?  Maybe, perhaps, I still think they may be contractually obligated to play in that abandoned Toys R Us warehouse in Elko while waiting for their new taxpayer funded stadium to be built.  Kind of ironic you will be able to buy Raiders tickets at the same kiosk that you can get half priced tickets to David Copperfield and Coyote Ugly and other iconic shows that haven’t been relevant since the Iraq War.  Can you get a hold of this image…Wayne Newton leading the team onto the field while he is on a hover round?  That’s pure Vegas gold brother!  Maybe even hire Gary Bussey as the team spokesman!

Now let’s move on to their current players.

Raider quarterback Derek Carr is famous for two things: breaking his leg during a game on December 24th—sort of like a reverse Christmas miracle—and after beating the 4-1 KC Chiefs, when the Raiders were 2-4 he declared “Jesus is on my side” and then this good line “we talked about going 2-5 and it didn’t sound right to us.”  Derek you guys finished the year 6-10.

Amari Cooper was good what seems like 10 years ago so he will likely break his foot week one on Oakland’s infield dirt.  Truth be told your offense is actually really good.  Your defense however is horrible, outside of Khalil Mack who is holding out, I think every other player has a warrant, rap sheet or some type of career threatening illness hanging over them.  So, what if the team went out and brought in retreads Leon Hall, Derrick Johnson, and Frostee Rucker to fix the issue.  Leon Hall is a nobody, he was good about 8 years ago.  Johnson is about 400 years old and has blown out both ACL’s now.  I don’t know what a Frostee Rucker is?  Maybe a new menu item at Dairy Queen?  But seriously anyone with the name Frostee can’t be that good, unless you are a hardened criminal.  I fully believe a squad of 11 Roomba vacuum cleaners with googly eyes could put up over 42 points on this defense.  On offense they also brought in several re-treads: weed aficionado Martavis Bryant, walking concussion and likely CTE recipient Jordy Nelson, and Doug Martin a re-tread from my Buccaneers.

Seriously, getting just a re-tread head coach was not good enough?  At this rate you might want to give Ronnie Lott or Deion Sanders a call, I heard they are not busy.  Actually, I am legitimately wondering, are you guys holding open tryouts based on who can win in a wheelchair race outside your stadium on gamedays?  Talk about fantasy football.

Glad you guys didn’t just stop at the coach and players with the re-treads, you fired your announcer and  hired Brent Musburger, a known gambling enthusiast, and apologist for violence towards women.

Musburger?  I thought that is what your concession stands served the day after the sewer backs up into the coliseum?  An old pastime of mine is after the NFL Draft commences every year to look at who the Raiders picked-up, never fails the picks in every round will have one of these 3 words; reach, character issue, or project.  Usually it’s good for several laughs.

Speaking of re-treads that term also applies to their fans, quite literally all of them.  The Raider fanbase all seem to be on their second wife, defaulted on their second mortgage, and/or have likely been hauled back to court for the third time regarding late payments on child support or probation violations.  If you see no future in your life, or just feel jaded and bleak all the time, I think you found a team to root for and fan base to fit into!  Talk about the Suicide Squad. If you start making plans now, you should be just in time to move with your team to Vegas, take up permanent residency in a bottom level hotel like Motel 6, all to watch your team in the land of failure and what if.

Want some comedy relief, click on an article about the Raiders. It can be literally any one and skip straight to the comment section. Honestly there cannot be a more illiterate group of people on the planet…do they all work for the DMV? No, they don’t but more on this later.  What’s even better is when one illiterate gets into it with another illiterate fan, comments turn into a grammar and spell check nightmare.  Then it gets better especially when they get at each other about “where they are reppin from.”  Seriously, Compton, Riverside, East Oakland, Watts, they are all decrepit places to live, get over yourselves.  Best part about the whole commenting shtick, some of these guys think they become hardo’s just by adding Raider to their username, like Bigraiderfan420 or Kingraider69, glad he threw the 69 in there.

One good thing about the Raiders is there logo makes you appear to be a gangbanger. Back in the day, I walked to college or a BART station many times wearing a good friend’s Raiders shirt, while walking through some very “sketchy” neighborhoods, I was never bothered.  Nice fringe benefit, however I hate the Raiders, hence the writing of this blog.  Also, it’s fun to watch commenters turn on other fans when they use the term “Nation”, since the Raiders call themselves “Raider Nation.” I guess they think own the copyright rights.

Worse yet, has anyone ever met a doctor or lawyer who is a Raider fan? Nope, they are all truckers, construction workers or “between jobs.”  Hence the obvious question to every fan needs to answer; which is higher your IQ or how many teeth you have left?  Oh, by the way explain this to “The Chief” on my way out, if your fan base is so great why is the top level (over 10k seats) tarped off?

Stay alert Raider fans, as you never know when Mark Davis may stray from his crypt to fire Jon Gruden.