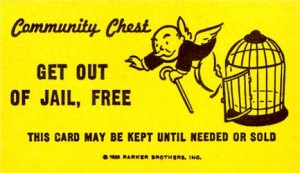 Commit any crime and do zero time. Yeah, really, it’s now the law in California. Shoot-up your workplace or school, no jail. Kill someone with your car after smoking pot or being drunk, not problem. Steal a car with children in it and skate.

Check out this article.

It’s a trailer bill, passed inside wide-sweeping budget legislation and signed by Gov. Jerry Brown in June, that creates a diversion program for all crimes, including felonies.  District attorneys across the state are worried about its impacts, saying it could open a dangerous door when dealing with serious crimes.

“Things like this kind of hide in there and now it’s law,” said Yuba County District Attorney Patrick McGrath.

Tucked between dozens of pages of legal language is a new law passed in a budget bill, that could let more criminals off the hook.

AB 1810 creates a plan to keep people charged with any crime — including murder, mass shootings, and fatal DUI’s — out of jail, as long as they can prove the crimes were committed because of a diagnosable mental disorder that can be treated.

“So, that would mean anxiety, alcoholism, kleptomania,” said McGrath.

But folks it doesn’t stop there. Think about it. Michael Savage says Liberalism is a mental illness. And he’s basically right. So if you protest anything; Trump, immigration, abortion rights, killing cops, surrendering to communists, conservative speakers on campus, winning the NBA finals, or anything else then you can get off free.

This applies to politicians as well; take bribes, text to your girlfriend about your hatred of Trump, touch interns on the butt, act like Maxine Waters, buy stock in companies that are awarded government contracts by your committee, steal opponents lawn signs, etc. and you are off scot-free.

Lest you think I jest, look no further than worker compensation claims. To have a valid claim, you need one person in the State of California to say you have a work related injury and you can cash in. Whether you really hurt yourself working on your car on your day off or climbing Half Dome on vacation is not really relevant.

The person approving your claim does not have to be a medical doctor either. A holistic healer, medicine man, chiropractor, acupuncturist, etc. anywhere in the State. No second opinion is needed. The important thing is that the paperwork is completed properly, the person signing it is of secondary importance.

If you apply the “medical’ standards used in the worker comp system with the new law on mental illness you have a cornucopia of crimes that you can get away with; especially when the medical and psychiatric communities are convinced that pills can cure anything that ails us.

I can hear it now…

“Your honor, psycho Bob was off his meds when he killed his mother. I have confidence that if properly medicated, he won’t do it again.”

Liberalism is a mental and spiritual illness that turns the good that government was intended to do into a suicide pact for the society that it governs. Sadly, here’s yet another example.