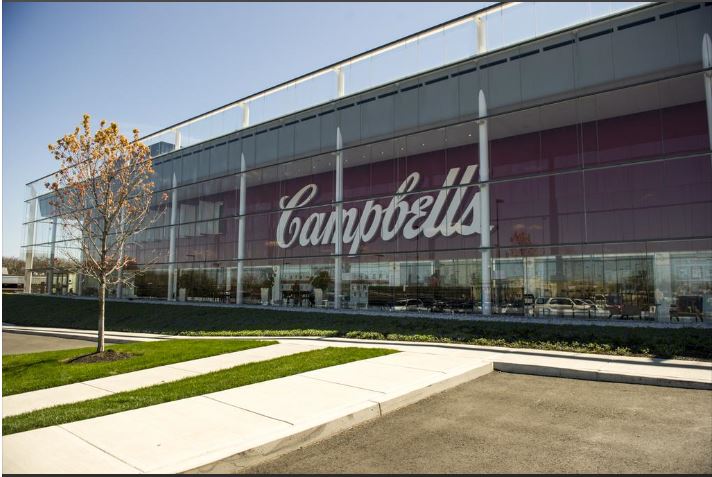 Campbell’s Soup is probably the second worst run organization in the country right now, CRA being #1.  However, Campbell’s situation is fixable, not so much for the CRA.

Some background first, Campbell’s Soup Company owns many brands including; the namesake soup line, Pepperidge Farm, Prego, Pace, V8, and Goldfish among others.  The problem is that these brands are all “center of the store” items that have been experiencing little to no growth over the last decade.  Consumer tastes have been changing. People are not reaching for canned soup much anymore since the economy has improved and we are not in a recession.  The fact that a can of soup might cost you $3 doesn’t help either. For not much more, I can get the Hungry Man dinner and be full after eating it.

As a result, Campbell’s CEO Denise Morrison, who is by far the most incompetent person leading any organization now except maybe ESPN, went on a buying spree to try to save face and earn goodwill with shareholders.

In a little over a decade Campbell bought; Plum Organics (2013), Bolthouse Farms a carrot growing company (2012), Kelsen Group baked goods (2013), Garden Fresh Gourmet salsa line (2015), and many other lesser known companies.  Here is the issue with all these acquisitions, Plum Organics is an organic line of baby food and salad dressing, and there is much competition in this space.  Bolthouse is a yogurt and Salad dressing line, again major competition, but also they own a carrot farm for producing baby carrots, my question here is why?  You’re a canned goods company not a carrot growing company!  Kelsen baked goods isn’t going to move the needle much sales wise and they are far more popular overseas than in the US.  Garden Fresh also made very little sense, you already own Pace salsa line, now you are adding a little known organic salsa line?  Again why?

Maybe Morrison should start by getting the carrots out of her ears. These acquisitions show a Board of Directors and Executive out of step with changing trends in a shrinking industry. However, this wasn’t the last acquisition this desperate company pulled off.  In a quest to ensure their bonuses and stock options vest, Denise Morrison pulled off the most idiotic acquisition in a long while buying Snyder’s-Lance for 6.1 billion (2017).  Synder’s is the maker of pretzels, potato chips, Emerald Nuts, and Pop Secret popcorn.  I call this a horrible acquisition because none of those brands except maybe Emerald are desirable.  As far as potato chips go; Kettle Brand, Cape Cod and Jay’s are ok, but Frito Lay owns the whole aisle!  Pop Secret?  I’m not sure how large the market is for popcorn, but I cannot see this being the answer to all that ails Campbell.  Basically, Campbell panicked and overpaid for a very average company whose brands are at best number 2 or 3 in their respective categories.  Basically what I am saying here is why grab a bag of Cape Cod when you can buy Ruffles or Tostitos?  The acquisition was completed, and the results were um… yeah.. just as most expected.

The company booked a $393 million-dollar loss one quarter after closing on the Synder’s-Lance deal,  and that wasn’t even the most disastrous thing that happened that day.  CEO Denise Morrison unexpectedly “retired.”  Give their earning, this was expected. These CEO types who are used to living a privileged life hate when things don’t go their way and as a result take the easy way out.  These thin-skinned types do not care much for adversity (much like Congressional Republican leadership). Golden Parachutes have their privileges as long as they’re used before the stuff really hits the fan.

Morrison was vicious as far as layoffs go, closing 2 plants during her tenure, one of which being in Blog Father’s backyard, Sacramento.  Morrison knew she couldn’t do anything more for the company short of euthanizing it and took the weasel way out; thus, leaving the chair of the board and her CFO Anthony DeSilvestro to take the heat on the quarterly conference call.  DiSilvestro I’m convinced is Dilbert from the comic strip in human form…not talking about the smartest person here.  Not to be undone, Morrison nominated herself for sainthood on the way out, saying her acquisitions are paving the way for a bright future at the company…of course what was she supposed to say?  By the way, the new interim CEO has essentially put the company up for sale and they are looking for either a buyer for parts of the company or the whole thing.

Here is the bottom line and the biggest issue, Campbell’s made a fatal mistake going on a buying spree trying to make their company something it was not.  Legacy Campbell’s is a preservative loaded canned soup, salsa, and sauces business. This type of business throws-off lots of free cash to be reinvested into the business, pay down debt, or be returned to shareholders.  There is nothing wrong with this type of business. Tastes may change over time but if you’re feeling ill, Campbell’s chicken noodle soup would usually do the trick.  However, instead of sticking with what they know, Campbell’s tried to become a trendy, fresh, farm to fork type company and failed badly.  They are a canned and packaged goods company. They tried to grow carrots, but this division has lost millions over the past 3 years.  The fresh salsa, salad dressings etc. have had the same fate.  Now the company finds itself in a pickle after yet another ill-fated acquisition.

Here is my solution.

Keep the soup business. This is your namesake and legacy product.  Sell the carrot farm and the fresh salsa and salad dressing business, this is not your core.  Keep Pace and Prego as they are also your legacy and very well known.  Dump Pepperidge Farms and most of the Synder’s-Lance business. Sadly, this is never going to pan out, way too much competition in that space.

This is where the problem lies with my solution, no one really wants those spare parts. The only answer is to call a company like Kraft-Heinz and see if they will buy you outright.

Could the struggling Campbell Soup Co. have a suitor?

Sadly, a debt laden dinosaur with no vision won’t attract many buyers.  Inept management does this to a great company.  I have a feeling the company won’t exist independently much longer.  Campbell’s too big to fail strategy and move to get hip and trendy has utterly imploded. As a show of good faith to shareholders, fire that Dilbert look alike. Oh, and lastly, if things get really bad and there’s anything worth salvaging, look for Uncle Pennybags to show-up at the fire sale to liquidate the carcass.